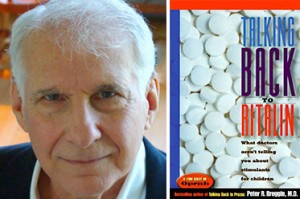 Thursday on The Robert Scott Bell Show 7-9 PM EDT: Who would be the 1000th guest on The RSB Show? It would have to be someone who has dedicated his life to the betterment of human health without FDA approved pharmaceutical drugs. In light of another horrific shooting being linked to allopathic medication, we could not think of a more appropriate guest at this moment in time. Please Welcome Peter Breggin, MD as we discuss the relationship between psychiatric and painkilling drugs and their link to suicidal and homicidal ideations and tendencies. President Obama wasted no time and blamed lax gun control laws as he intimated that the Second Amendment was to blame. How about looking at the FDA for some responsibility? What might have happened if another churchgoer was armed and prepared to use? Is it possible that there would have been fewer casualties? 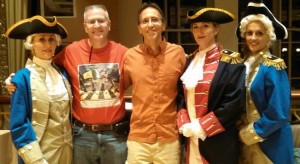 Jonathan Emord is back to rekindle the Sacred Fire of Liberty from Hawaii! What’s the perspective from the middle of the Pacific Ocean? Is Donald Trump a serious candidate for president? What other runner pays the audience to show up to applaud? Why have Americans lost confidence, apparently in everything? Norm Singleton joins us from the Campaign for Liberty to discuss the ramifications of Greece teetering on the edge of collapsing the European Union debt. When will the Fed raise interest rates and tighten a perpetually loose monetary policy? What will the Supreme Court rule on the Obamacare subsidy in non-existent state exchanges? What about Sen. Rand Paul’s bold new tax proposal?  Is it workable or another pipe dream in a country heading for monetary disaster thanks to a private central bank that is known as the Creature from Jekyll Island?

More about Dr. Peter Breggin: He has created a new organization to bring together professionals and laypersons concerned with a critical analysis of biopsychiatry and with more effective empathic approaches in mental health, education, and living.

In the early 1990s Dr. Breggin was appointed and approved by the court as the single scientific expert for more than 100 combined Prozac product liability concerning violence, suicide and other behavioral aberrations caused by the antidepressant. In 2001-2002, he participated as a medical expert in a California lawsuit whose resolution was associated with a new label warning for Paxil concerning withdrawal effects.

Dr. Breggin has also been a consultant to the Federal Aviation Agency (FAA) on the adverse effects of psychiatric drugs on pilots.

Peter R. Breggin M.D. conducts a private practice of psychiatry in Ithaca , New York , where he treats adults, couples, and families with children.

He also does consultations in the field of clinical psychopharmacology and often acts as a medical expert in criminal, malpractice and product liability suits. Before moving to Ithaca in November 2002 he was in practice for nearly thirty-five years in Washington , DC and Bethesda , Maryland . He has written dozens of scientific articles and many professional books, including Medication Madness: The Role of Psychiatric Drugs in Cases of Violence, Suicide and Crime (2008), and is on the editorial board of several journals.

In 2010 Dr. Breggin and his wife Ginger formed a new organization that continues their emphasis on bringing professional and laypersons together to share their concerns about the hazards of contemporary biological psychiatry while promoting more caring and empathic approaches to personal conflict and suffering. The new organization will sponsor an annual meeting each April in Syracuse, New York (empathictherapy.org).

Painkillers and Anti-Anxiety Meds Linked To Increased Risk Of Homicide; Antidepressants Not So Much – In February, Roof was taken into custody after police received a call about someone dressed in black and acting strangely. Roof was found in possession of Suboxone, a powerful drug used to treat opiate addiction.

1) Do you have a remedy for acid reflux disease? ~ Nancy Frost

2) Hoping for the list of various supplements/minerals you spoke with Mr. Doyle about; as well as, moreover, advice…
While in the Marine Corps, one of my additional duties was to instruct/assist heavier/unsatisfactory Marines to get better/qualified IAW regulations-that was to25 years ago, i’ve gained the same number of pounds.Addressing portions, working out(running et cetera)-can’t seem to speed up metabolism to lose (decent shape and I can still run, but joints are hitting & tired of soreness want to be 165 lbs again. Any all assistance is greatly appreciated ; )
Please give Jerry my best and hope he’s well
Semper Fidelis, Z