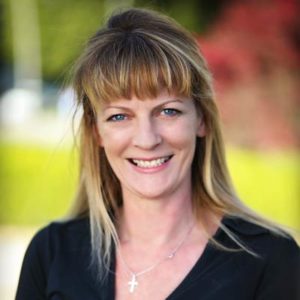 Monday on The Robert Scott Bell Show:  2 hours of truth and healing!

Then there’s Paul Offit, perhaps the most widely-quoted defender of vaccine safety. He’s gone so far as to say babies can tolerate “10,000 vaccines at once.” This is how Offit described himself in a previous interview: “I’m the chief of infectious disease at Children’s Hospital of Philadelphia and a professor of pediatrics at Penn’s medical school,” he said. Offit was not willing to be interviewed on this subject but like others in this CBS News investigation, he has strong industry ties. In fact, he’s a vaccine industry insider. Offit holds in a $1.5 million dollar research chair at Children’s Hospital, funded by Merck. He holds the patent on an anti-diarrhea vaccine he developed with Merck, Rotateq, which has prevented thousands of hospitalizations.

This is Dr. Paul Offit of Children’s Hospital of Philadelphia having a bite to eat before he presented at Confronting Vaccine Resistance, a seminar at NYU.   There was a demonstration at the event, and the Vaxxed bus was there.

Maniac vaccine fanatic Paul Offit of Philadelphia Children’s Hospital, who believes that a newborn child is capable of sustaining 10,000 vaccinations at once, now says that aluminum is an essential metal that plays an important role in the development of a healthy baby.

I am writing as the husband of a cancer patient, hoping that an important lesson that my wife and I learned may be of value to others.

My wife Cathy 53, had a history of cancer. Her mother died of breast cancer at the age of 42, and my wife had colo-rectal cancer at the age of 49. Fortunately, surgery alone was able to take care of the one tumor, sparing her the effects of chemotherapy and radiation. In December of 2014, Cathy noticed that her legs were aching and tiring quickly; my mother, 81 at the time, could last longer when shopping. Cathy was not overweight and used a Nordic Track exerciser regularly. Soon she noticed that her left leg was swelling slightly. We immediately went to the doctor and a CAT scan was performed, but nothing turned up. Other tests also revealed nothing, and the conclusion was drawn that the swelling was lymphedema caused by old scar tissue from the abdominal surgery she had 16 years ago! We found that hard to believe and got numerous more tests and opinions, only to come back to the same place.  The lymphedema spread to her abdomen and other leg, causing swelling there as well. Finally, about a year later, a CAT Scan finally revealed a tumor, and a biopsy determined that it was malignant. Further testing revealed she was in Stage III.

At about the same time, we learned through reading a book on cancer treatments, that there is a blood test called AMAS (Anti-Malignan Antibody in Serum), that will reveal the presence of cancer in the body, sometimes as much as 24 months PRIOR to clinical evaluation (such as a CAT scan), with great accuracy. We were never advised to have this blood test performed, and found that many doctors, including oncologists, do not know of the test. We believe that had we known about this test earlier, we would have had a much earlier diagnosis, making the disease much easier to treat. she has done chemotherapy twice (Taxol and Carboplatinum) but the cancer was not gone until we heard about the cannabis oil and its effective usage in treatment of cancer and we contacted the London cancer centre for procurement of the THC cannabis oil and started using the oil for treatment as directed by the cannabis physician.

After 3 months of usage of this THC cannabis oil my wife’s cancer was completely cured and gone. This oil medication brought joy and happiness to the family again.

Margo Solomon has health insurance for herself and her four children. But actually getting treatment is another matter. Ms. Solomon, a 35-year-old mother from the Bronx, says she has struggled to find a doctor who accepts her insurance. And with three of her children coping with asthma, and one with more complicated medical problems, locating a specialist is even more challenging. And once in the door, she cannot afford the costs, including for deductibles and medications. 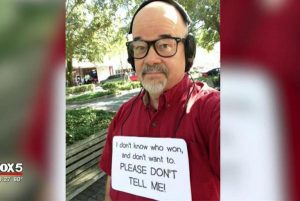 A Georgia man who still doesn’t know the results of the presidential election said his accidental art project began with a simple party invitation. Joe Chandler, a Brunswick artist, said he found the presidential race between Democrat Hillary Clinton and Republican Donald Trump to be so stressful that he declined an invitation to an election-night party.

Another study has been done indicating the Tylonal is linked to autism in children: Autism Spectrum Disorder (ASD) is characterized by persistent deficits in social communication and restrictive behavior, interests, and activities. Our previous case-control study showed that use of acetaminophen at age 12–18 months is associated with increased likelihood for ASD (OR 8.37, 95% CI 2.08–33.7). In this study, we again show that acetaminophen use is associated with ASD (p = 0.013).

Despite a wealth of research, how and why autism and other neuro-developmental disorders appear is still unknown. The search is on for any factors that might contribute to these psychological conditions. A recent study focuses on maternal allergies. 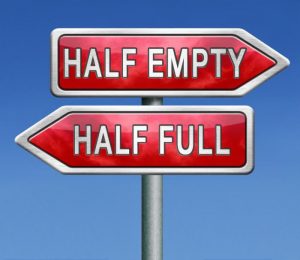 In a new study published in the journal BMC Public Health, researchers found that patients with coronary heart disease (CHD) who were more pessimistic were more likely to die from their condition than those with lower levels of pessimism. Interestingly, however, the research team – led by Dr. Mikko Pänkäläinen of Päijät-Häme Central Hospital in Finland – found that high levels of optimism did not protect patients against CHD mortality.

New research documents another decline in dementia rates but experts say the rising numbers of older Americans may halt that trend unless better ways are found to keep brains healthy.

Top signs your body is burdened with toxins, and what you can do about it.  The word “detox” may sound like just another buzz word, but the detoxification process is actually an essential part of human health. Your body comes equipped with its own natural method for detoxification, known as the lymphatic system.

Sometimes, solving one problem only creates another. Millions of Americans take proton pump inhibitors to treat acid reflux and heartburn. Known as PPIs, they are among the most prescribed drugs in the United States and are widely available over the counter. But according to preliminary research presented today at an American Heart Association conference in New Orleans, these medications may also increase the risk of ischemic stroke.

Did you miss it?  You can spend Thanksgiving Weekend  getting caught up, and sharing the good news with your loved ones. 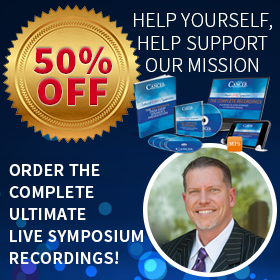 Great News!  There is access to the recording, and we’re here to help.