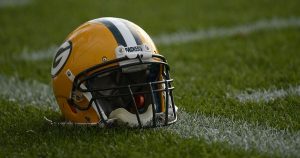 Green Bay Packers legend, Bart Starr returns to Tiajuana for a  stem cell treatment. Starr, 82, has been through numerous ups and downs in his recovery from a heart attack, two strokes and multiple seizures in September 2014. The incidents left him significantly impaired physically and cognitively.

He underwent the two-step, stem-cell protocol in June and then November last year, and was well enough to join Favre on the field on Thanksgiving night. His progress thereafter was derailed when he broke his hip in a fall in his home in late December, and since then he has suffered multiple infections that have interfered with his ability to regularly attend rehabilitation sessions.

A special article from Jon Rappaport, he has a message for the NFL player Mr. Kaepernick:

As you keep sitting down or kneeling during the National Anthem, you keep focusing on police brutality. Many people now see incidents of this brutality as THE face of what is ruining life in the inner cities of America.

Say goodbye to those “antibacterial” soaps. The Food and Drug Administration says they do little or nothing to make soap work any better and said the industry has failed to prove they’re safe. Companies will have a year to take the ingredients out of the products, the FDA said. They include triclosan and triclocarban. Soap manufacturers will have an extra year to negotiate over other, less commonly used ingredients such as benzalkonium chloride.

The risk of developing liver cancer may be significantly higher for people who have low levels of the nutrient selenium in their blood, suggests a new study published in the American Journal of Clinical Nutrition. Selenium is a trace mineral present in soil, animal products, and plant-based foods, including seafood, Brazil nuts, organ meats, milk, and eggs.  The selenium content of food varies greatly, as it depends on how much of the element is in the plants animals consume, as well as how much is in the soil in which plants grow. 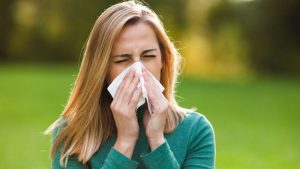 Fifty percent of people with asthma have attacks triggered by allergens, such as molds, dust mites, and animal dander. Of course, you can have allergies without asthma. You can have hay fever (seasonal allergic rhinitis), which is when your immune system mistakes pollen from grass, trees, or weeds for a foreign invader and revs up its defenses, triggering sneezing, red and itchy eyes, a stuffed and runny nose, and fatigue.  There may be toxins in our environment that are making those allergies worse.

It was a routine dental appointment, until James White went to reach for his cellphone. Instead of grabbing his phone, the 72-year-old from New Carlisle, Ohio – who was under the influence of nitrous oxide – grabbed something else: his pistol. Still sitting in the dental chair, the woozy patient fired off a round that struck his hand and grazed the left side of his stomach, according to the Springfield, Ohio, News-Sun.

When surgeons sit down with cancer patients before operations to talk through how procedures work and what they may accomplish, the conversation rarely includes mention of the possibility of a cure, a small study suggests. “Many physicians avoid discussing cure as they believe that cure cannot be accurately estimated so they may avoid taking up the topic,” Pawlik said by email. “Physicians may also avoid discussing the possibility of cure because of a belief that patients already have so many other things to think about such as procedure details, risks, getting ready for surgery, etc.”

Despite efforts by the healthcare industry to cut back on low-value services, doctors continue to waste millions of dollars on them and new research suggests it could be linked to specific patients and types of insurance. About 8 percent of patients received a low-value healthcare service in 2015, with most being white and having more expensive insurance plans, suggesting the perceived overuse of certain procedures and tests has more to do with money than with the best care option for patients, according to a study published in the journal JAMA Internal Medicine. 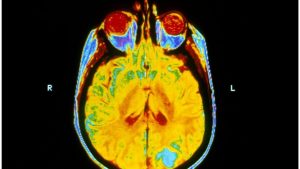 Whole brain radiotherapy is of no benefit to people with lung cancer which has spread to the brain, says research in the Lancet. A trial of more than 500 patients found that it did not prolong or improve their quality of life any more than other forms of treatment. More than 45,000 people are diagnosed with lung cancer every year in the UK. In a third of cases, the cancer will spread to the brain. Secondary brain tumours are usually treated with whole brain radiotherapy along with steroids and other treatments to reduce the side-effects of cancer therapies.

Popular drug-free methods of managing pain from such common conditions as headaches and arthritis appear to be effective, according to a new review. Millions of Americans seek pain relief through such alternatives as acupuncture, tai chi and yoga. But there has been little information to help doctors make recommendations about these approaches.

This may go against what typically comes to mind when you think about vaccines, but the newly licensed vaccine against the dengue virus — trade name Dengvaxia — could lead to an increase in the number of cases of the disease if not implemented correctly, experts warn in a new study.

There is growing evidence that inflammation–already known to be a cause of many whole-body diseases–is also involved in diseases of the brain, including psychiatric conditions like depression. This means that anti-inflammatory medication could be indicated for depression treatment. 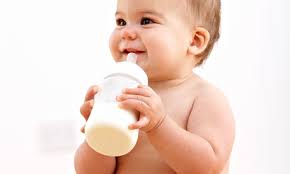 Whether raw milk is safe to drink has been a controversial issue for many years, particularly in countries with more nanny-state tendencies. However, a study published in early 2015 showed that babies given raw cow’s milk instead of ultra-high temperature (UHT) processed formula actually had a reduced risk of common infections, such as colds and ear infections. 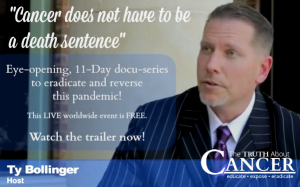 You Are Formally Invited to the Decade’s Most Important and Exclusive Health Event via our friend Ty Bollinger!