Friday on The Robert Scott Bell Show 7-9PM EDT: Where’s Waldo? Super Don is on the road and will drop some hints as to his whereabouts as we begin our broadcast ascent into the weekend! Is there any good news on the disease fronts in the mainstream media? There are reports on the return of The Plague in Colorado. Blame legal pot? No, Yersinia pestis (plague) never really went away. Fortunately, this bacteria spread by fleas to desert wild animals is tamable by antibiotics. But why resort to drugs when silver can do just as well or better without harming your gut? What about the mumps? It is surging at the University of Illinois Urbana-Champaign campus. Should we all run out and get MMR shots? You can be sure that’s the message emanating from the pharmaceutically-conflicted mainstream media. But not here. We have silver to stop viral replication (once again) and homeopathic nosodes to safely alert and direct the immune system to act against the mumps viral particles. Don’t know about nosodes? Make plans now to join RSB and many other natural healers to talk homeoprophylaxis in Dallas, Texas, October 2-4, 2015. Not enough scary diseases for a Friday afternoon? OK, one more. Legionnaire’s Disease is making a comeback in NY! 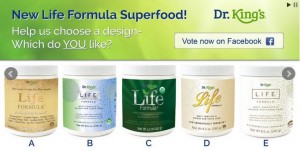 The good news is that you have to be immunocompromised and locked indoors with it in order to succumb. Also, officials admit that the bacteria, while resistant to chlorine, can be killed by colloidal copper and silver!

Get ready to go wild on today’s Healing Revolution with Dr. Frank King as he and RSB discuss the failures of modern bariatric surgery for short and long term weight loss. How is it that medical doctors do not know that by changing the form of the GGI tract you change its function? Those who underwent bariatric bypass gained much of their initial weight back within 5 years! Would not fasting and dietary modification be a much better long-term solution? If you can no longer digest food properly, deficiency diseases can worsen and even result in cancers. In a battle royale between whole foods and refined foods, what wins? The human consuming foods that have been consumed for many thousands of years would win. We’ll discuss 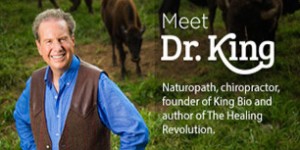 returning to the phytonutrients and carno-nutrients found and much more assimilable in prehistoric foods. Do you know about bison and emu? Does one calorie always equal one calorie? The math is not so simple when you find out what that calorie is attached to. Yes, an adult mail can maintain weight, lose weight or gain weight on a 2,300 calorie per day diet. How is that possible? We’ll explain on the air today! Have you heard about the delayed allergy response to red meat after getting a tick bite? We’ll also delve into the mysterious malady known as alpha-gal. Got allergy remedies? Check out Dr. King’s new website by clicking here. Call 1-800-543-3245 if you would like more information. Have you tried Dr. King’s Life Formula yet?  Also, stock up now on more super foods like DK Natural Meats. Happy Birthday Dr. Frank King!

Are men really suffering from a new eating disorder surrounding the ingestion of dietary supplements? Perhaps the muscle heads could use a little more nutritional education. I think that we really suffer from a political disorder where we think that politicians, this time, are going to tell us the 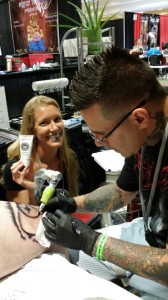 truth. Did you catch the debates? RSB explains why he does not do politics every day on the air, but only occasionally. What are 5 ways that the medical monopoly system makes us ill before we even reach kindergarten? The Question of the Day relates to an otherwise fit young man who recently joined the army, likely suffering from vaccine assault. What can he do before they diagnose him with lymphoma, or something

Tattoo you? Amanda Haley from Stockton Aloe1, joins RSB from a tattoo conference in South Florida. We talk a lot about drinking aloe for good gastrointestinal health, but what about for topical healing? Organink is a unique formulation that can be used during the recovery process after you get some permanent paint injected under your skin, if you are so inclined. Also, there is a great deal running right now if you order 3 half-gallon aloe juices, you will receive one bottle of Youth-Derm topical (a $20 value) for free! Call (866) 691-0201.

One Amanda is never enough so RSB welcomes Amanda Thomas, our UK Health Correspondent back to discuss what’s going on across the pond in the United Kingdom. Now that David Cameron is firmly ensconced into 10 Downing Street following his re-election as prime minister of England, we’ll explore what he promised and perhaps reneged upon (already). What about those vying for head of the opposition Labour Party? Jeremy Corbin is ready to toss out environmental concerns as he lobbies to bring back the coalmines! How’s that for political role reversal on the environment? Too hot in England? Take a dip in the pool with a horse! Amanda reports on equine encroachment into human swimming pools. Who has better hygiene? Finally, a man in North Yorkshire was pulled over with a sheep in his boot. No, not the boot on his foot, the back of the car! Where was he taking his sheep? Call PETA! We’ve got the details!

Question of the Day: A young army solder’s father wrote to me, Urgent Prayer. Gavin has been sick with fever and abdominal pains. They admitted him to the hospital on base to run tests. They did CT scan and it said he had an enlarged spleen and at least 10 enlarged lymph nodes (At this point you and I know that based on that his body is simply sick and fighting something). I have not heard about any Results of blood tests. Gavin said right now they want to find out if he has lymphoma. So they are either going to do a needle biopsy of a lymph node or remove a lymph node. He is waiting to hear what they are going to decide to do. He got lucky. No biopsies are done on Thursdays. Sent him home with an anti viral medication.  But they may bring him back in tomorrow.

This 21 year old is six months into Army training; he’s focusing for EOD stuff. He was honored at basic training with ‘em pinning The Army

Achievement Metal on his chest. During his second round of training he earned the right to wear the Physical Fitness Excellence badge. He told me during basic training there were giving two vaccination he couldn’t get out of . ~ Mark S.

New York City Outbreak: What Is Legionnaires’ Disease? Can officials stop the current outbreak? Yes. Legionella is resistant to chlorine, but other methods of sanitizing the systems, such flushing superheated water through the system, or using copper-silver ionization, can kill the bacteria, Yu said.

5 Ways The Medical System Makes Us Ill Before Kindergarten

Outrage after horse is spotted being washed in public swimming pool 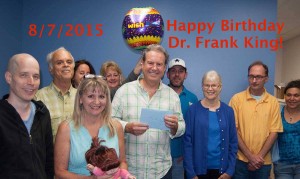