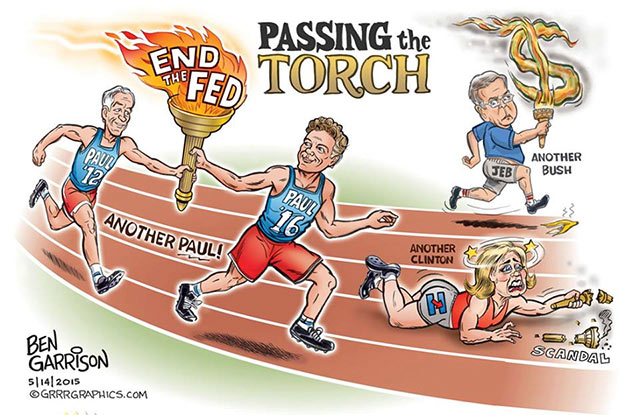 Thursday on The Robert Scott Bell Show 7-9 PM EDT:
RSB is joined today by Jonathan Emord, to lend a helpful hand in keeping the Sacred Fire of Liberty burning strong.  First question on the plate, is Rand Paul through? Or only for disaffected outsiders? RSB will dissect the truth behind the statesmanship as we all wonder if he hasn’t given up on being the “reasonable about criminal justice” republican.  In the world of medicinal tyranny, RSB will give us his take on the intentions of the newly inaugurated President of the American Medical Association, Steven J. Stack, MD, announcing the formation of a Super PAC to help put more physicians in positions of political power.  Just as the ominous and moronic words “We have to pass it to see whats in it!” fade in our memory, Paul Ryan has come out of left field and used the very same rhetoric in regard to defending TPP secrecy and expedited passage!  Speaking of the Trans Pacific Partnership, RSB will be sharing new intel which has been leaked revealing the real masters behind the scene of this abomination of legislature, Big Pharma!  RSB & Jonathan will also break out the pocket constitutions stored in their hearts to debate why elimination of the administrative state should be a litmus test for presidential candidates & the hopeful promise of Epigenetics. 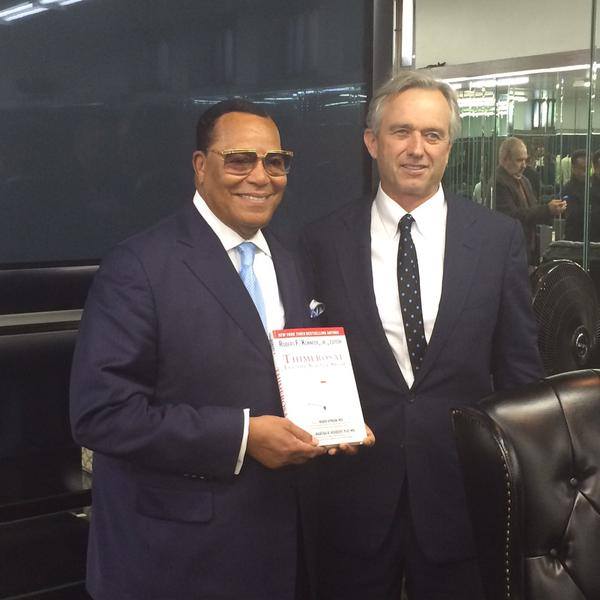 In Hour 2 RSB will excitedly share what many have dubbed the “awakening of the sleeping giant”  as the African-American community joins the fight against SB277 and the Tuskegee-like crimes of mandatory vaccines that ultimately have destroyed black and white lives alike.  Being a subject close to RSB’s heart, he will analyze a plethora of questions which have arisen in the wake of this adjoining in the days to come, but today he will specifically address, “Is the black community finally waking up to vaccine discrimination?”.  RSB will also break down the lunacy surrounding one of the more popular products of “for-profit pharmacology”, as a study links heartburn medication to increased heart attack risk. In another equally mind boggling study, RSB will give his insight on another recent scientific consensus which touts, “nuts may reduce risk of death to ALL diseases!”.  In socialized health care news, the stats are in, our nation, under sedation, paid through medicare for nearly 40 million tranquilizer prescriptions in 2013 alone!  In other saddening news, the actor Christopher Lee, who played the infamous villains Count Dooku and Dracula, has died at the ripe old age of 93. May he rests peace!  And lastly RSB will share a sure way to get dismissed from jury duty, as a man shows up to court in a black and white prison constume!

Hey RSB, 1000th guest…hmmm my picks are David Wolfe, Daniel Vitalis or Arthur Haines. All great distinctly different folks in the health field.  If not them, then how about me *wink* .

Thanks RSB thanks to yours and other shows on naturalnewsradio and Gcn my first naturopath appointment the doc said he could put a lab coat on me as drop me in any university and I could probably pull off the part with anyone catching on. He said he with all his patients could be like me. I knew all the therapies offered as have very few issues, considering my past of paediatric oncology tortur by the medical mafia. You know I love all y’all on the show keep it up RSB and make sure supermegaloDon keeps hoofnagel on a shorty leash. He’s an inspiration to our three felines at home. Hope that gave you a chuckle. Just finished Ty s book and I’ll be looking to get yours soon as well. Beggars can’t be chooser, but I’d be pumped if you sent the power to heal is yours my way. Anyway keep up the great work, still spreading the love up hrere in the great white north.