How can you navigate the censored terrain of the mainstream media to find out what really happened at the Boston Marathon this week? You seek out sources that are not conflicted with corporate interests designed to prop up the military-medical-government-media complex. Anthony Gucciardi is the creator of Storyleak, accomplished writer, producer, and seeker of truth. His articles have been read by millions worldwide and are routinely featured on major alternative news websites like the infamous Drudge Report, Infowars, NaturalNews, G Edward Griffin’s Reality Zone, and many others.

He is also a founding member of the third largest alternative health site in the world, NaturalSociety.com. He is joined by “Keith” from Sandy Hook Research, an I.T. & S.E.O. professional to discuss the many anomalies surrounding the reporting of events before, during and after the bombs exploded in Boston on Monday.

Why were mainstream media pundits denigrating the character of Alabama (Mobile) track coach and frequent marathon runner Alastair Stevenson after he reported in detail the bomb squad drills that were openly announced before the Boston Marathon even began? Anthony interviewed him here. Why would they not want you to know about all the security forces involved in the event? And who were those security forces really? Upon closer examination, it appears that the Boston Marathon was the first to employ private military-civilian contractors of oversee security. Much like Blackwater before it, Craft International utilizes former Seal Team members capable of lethal force and accuracy in their missions. A militarized marathon? Bomb Squad drills going on during the race? What the hell is really going on here? Anthony and RSB speculate in ways not allowed to pundits of NBC, CBS, ABC, CNN, FOX and MSNBC. There are far too many bizarre coincidences to dismiss the possibility of a false flag operation, psyops or other nefarious agendas designed to reduce Americans’ tolerance for freedom.

Who are the suspects? Photographs published by Infowars and others are pointing to multiple individuals with backpacks and distinct behaviors that did not fit in with the surrounding marathon observers. What do you see? We’ll reveal what we

see as to the inevitable attempts at framing these suspects as right wing, NRA supporting, government-hating white people. What will they conveniently overlook? That whoever did this may very well be hopped up on psychiatric drugs approved by the FDA, just as RSB and Anthony predicted from the beginning. Could this be more death by modern medicine? Study the pictures. Look at the facial expressions. We will. You may find it curious that one of the suspects looks nearly identical to the Unibomber. We know. Weird. But there’s loads more to discuss as well.

What about the controversy surrounding the social media announcements about Hope for Boston on FaceBook and Twitter? SEO expert Keith reveals what is possible and what is not about the back-dating of groups on the “FBI” social network and accounts on Twitter. What is real and what is fake in terms of Google cache? Could many people within the alternative media (conspiracy enthusiasts as well) be duped by disingenuous, self-promoting anonymous internet-hoaxsters wanting to draw more followers to their web sites? Of course.  We will be breaking this story wide open from multiple angles today, so put on your seat belts and prepare to be challenged in your perception of this unfolding psycho-social-spiritual saga.

Are you prepared for economic and/or societal collapse? Dmitry Orlov is on! We’re talking the downward spiral of empires today on the RSB Show with guest co-host, Liam Scheff. Orlov talks “Reinventing Collapse” and “The Five Stages of Collapse” as we dissect the fall of the S.U. (The Soviet Union) and see what we 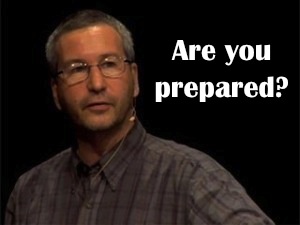 can discern about the ongoing bumpy ride of the U.S. How do these two empires mirror each other? What lessons can be gleaned from the failure of the U.S.S.R? And were the Soviets actually better prepared than Americans for system crash?

We’ll ask Orlov to talk about his return to the former Soviet Union as it fell, what became of money, what had value – and how people kept from starving to death. The answers are not any that you can afford to miss – and it’s as plain as the ground beneath your feet – once you get the “Round-up” out of it. One thing to remember: No matter how bleak it seems, the power to survive (and heal) is still yours!

Questions of the Day: Robert, I have heard contentions that thimerosal has been systematically phased out from vaccines. Given that there are obviously other factors in vaccines that are bad for your health, I was wondering what you knew about that and what likely type of chicanery they used to claim that it was removed when it probably was not. Thanks so much! ~ Tim