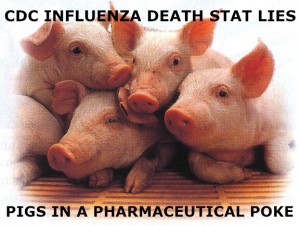 7 New Toxic Genetically Modified Crops Up For Government Approval “A September 11th deadline is around the corner for a new round of herbicide resistant genetically modified (GM) crops that are coincidentally on the table for fast-tracked approval.” The 9/11 that goes unreported is the ongoing chemical assault on the people of planet earth by the real terrorists. Do you know who they are?

Pink Washing time already? Radiation may up breast cancer risk in some women “Mammograms aimed at finding breast cancer might actually raise the chances of developing it in young women whose genes put them at higher risk for the disease, a study by leading European cancer agencies suggests.” Pink washing zombies are inadvertently increasing the very thing they claim to want to prevent and cure!

Taking Ambien: What’s all the commotion? “NBC News special correspondent Tom Brokaw was hospitalized in Charlotte, N.C., Thursday morning after accidentally taking Ambien. So, chemically, how did the sleeping pill cause so much commotion?” How do you accidentally take an Ambien? Did it get mixed in with an Altoid?

Giving secret double agents a bad name? Prescription drugs that lead double lives “We usually view side effects as a bad thing, but sometimes they point the way to a whole new use for a drug…” Now, double the toxicity! First Prozac, now Sarafem for PMS. First Viagra and Revatio, for pulmonary hypertension, just don’t look down. First Thalidomide, now Thalomid for leprosy, just don’t get pregnant anywhere near it. First Propecia, now Proscar, for male pattern baldness or BPH?

Prenatal Exposure To Pesticide Additive Linked With Childhood Cough “Children exposed in the womb to the widely used pesticide additive piperonyl butoxide (PBO) have heightened risk of noninfectious cough at ages 5 and 6, according to researchers at the Columbia Center for Children’s Environmental Health (CCCEH) at the Mailman School of Public Health and of Columbia University Medical Center.” Got detoxification? Got Lobelia? Got Antimonium tartarticum, Bryona alba, Drosera and Spongia tosta?

High Levels Of DDT In Breast Milk “The highest levels ever of DDT in breast milk have been measured in mothers living in malaria-stricken villages in South Africa. The values lie well over the limits set by the World Health Organization. DDT has been used for many years in South Africa, sprayed indoors to fight malaria.” Seriously? They claim there is no alternative to DDT. Liars. How about homeopathic Cinchona and silver & copper hydrosol to prevent and or treat Malaria?

U.N.: Chemicals damaging health and environment “The report by the U.N. Environment Program warned that the increasing production of chemicals is increasing health costs.” “…of the more than 140,000 chemicals estimated to be on the market today, UNEP said only a fraction have been thoroughly evaluated to determine their effects on health and the environment.” What’s the UN doing about it?

NYT disinfo assault on organics only makes the media look completely out of touch with reality “The mainstream media’s misinformation blitz following the recent release of the infamous Stanford University organic food study has sunk to an incredible new low.” The NY Times has come out of the Pharmaceutical GMO closet to admit it’s an alien plot to depopulate the world and take over…

Busted! Co-author of Stanford study that bashed organics found to have deep ties to Big Tobacco’s anti-science propaganda “Over the last several days, the mainstream media has fallen for an elaborate scientific hoax that sought to destroy the credibility of organic foods…” Big Pesticide, Big GMO, little people…

US Healthcare System Squanders $750 Billion A Year “America’s health care system is inefficient, suffers from data overload, is complex and very costly, a report from the Institute of Medicine (IoM) revealed today.” Yet, it’s efficient enough to end the lives of 784,000 Americans each year…

Omega-3s as Study Aid? DHA May Help Lowest-Scoring Readers Improve “Supplementation with the omega-3 fatty acid DHA may help improve reading skills and behavior in kids who need help most — those whose test scores place them in the bottom 20% of their elementary school class — according to a new controlled trial.” Grandma new of smart supplementation well before the FDA came in a screwed it all up in favor of ADHD drugs…

FDA issues warning letters to dietary supplement firms in Colorado and Texas for promoting unapproved products as drugs “The U.S. Food and Drug Administration today issued warning letters to PruTect Rx, of Highlands Ranch, Colo., and Trinity Sports Group Inc., of Plano, Texas, for promoting products labeled as dietary supplements with claims to treat concussions and prevent or treat post-concussion syndrome and other neurological disorders.” The nanny state must protect us from natural remedies that can actually help Americans heal from injury, rather than protecting us from toxic drugs.

NYPD Opens Branch in Israel “The New York Police Department opened its Israeli branch in the Sharon District Police headquarters in Kfar Saba. Charlie Ben-Naim,  a former Israeli and veteran NYPD detective, was sent on this mission.” Mayor Bloomberg will not be happy until Israeli’s cannot order Big Gulps either…

Remotely Controlled Cockroaches: new search-and-rescue tool “Researchers have developed a technique that uses an electronic interface to remotely control, or steer, cockroaches; remotely controlling cockroaches would allow first responders to create a mobile web of smart sensors that uses cockroaches to collect and transmit information, such as finding survivors in a building that has been destroyed by an earthquake…” The NC State Cockroaches?

Hanging out with old electronic friends can help? Need an Energy Boost? Watch Re-Runs Of Your Favorite TV Show “We knew it would happen some day. Finally, a study that says watching TV can be good for you.”

Federal Regulations Forcing Some In Medical Marijuana Business Back To Street “As federal regulations tighten on medical marijuana growers and dispensary owners, some may find their best bet for business is to bring the product back to the streets, a reality highlighted in a new report by the Los Angeles Times.” Get the government out of the plants of Creation.

A Rare, but Potentially Treatable Form of Autism “The scientists sequenced the genomes of six children with both autism and epilepsy from three Middle Eastern families — in each case, the children’s parents were first cousins — and found that they had mutations in a gene that normally prevents the breakdown of certain amino acids. The end result is that children had low levels of these proteins — known as branched chain amino acids — which the body doesn’t make on its own and must be gotten through food.” You mean that they admit that food can heal?