Could it be that the vaccine-loving pediatrician group (AAP) admits that even low-level pesticide exposure is harmful to children? I know it’s cold up north, but has something frozen over? Before giving them too much credit, they still want to vaccinate girls and boys for HPV. Autism is back in the news, this time it’s caused by traffic pollution. Anything to distract from vaccines. What’s the connection? Can you say heavy metals? Might we add a little fluoride to the mix? Also, why do drug doctors attack the grapefruit? Explanations forthcoming. Plus, RSB reveals a novel recovery method for addressing interstitial cystitis in light of the failure of antibiotics and more!

Breaking News! Brian Hooker, PhD returns to The RSB Show to reveal even more damning information about the lies emanating from CDC claiming that there is no link between vaccines and autism! http://mercury-freedrugs.org/ The thin veneer of credibility at CDC is wearing even thinner with every Freedom of Information Act Request. According to Tim Bolen, “In late 2004 Biochemist Scientist Brian Hooker PhD had had enough.  He’d been looking, carefully, through the US Center for Disease Control and Prevention (CDC)’s so-called “Evidence” that Thimerosal was “Safe and Effective” as a preservative in vaccines.  Having read all of the then available CDC studies making that claim, he, as a PhD Scientist, couldn’t help but shake his head “NO.”  To him, none of the purported proof was anywhere near being scientifically adequate.  Far from it. 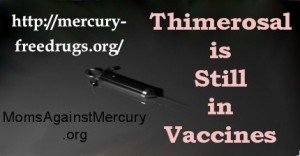 What was CDC’s response?  STONEWALL – a six year knock-down, drag-out brawl to get that information.  Brian Hooker would not let up.  Neither would the CDC.

Liam Scheff, the troublemaking free-thinker is back for – Attack of Cruciferous vegetables! Why do some “paleo” people think broccoli is bad for you? Who knows, but we’ll talk about it. Is sulforaphane the new DDT? Or is it actually good for you? We’ll think out loud about the “broccoli controversy” and see if we can’t sort out what Liam calls “amateur hour.” Comics! The RSB show will be premiering its first comic in 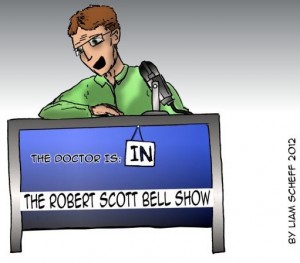 2013 – or sooner! What’s it about? It’s about interaction – we’re not just giving you a funny comic book about the reality of vaccination, GMOs and other issues – but we’re making it a coloring book. Why? Because we want this to be a wonderful teaching tool; a subversive addition to your school and home. Learn about the reality of health issues, not presented by your pharma-funded drug store PR – and have fun at the same time. Stay tuned for details in the next 2 weeks.

Drug industry vilifies the humble grapefruit. Why? Because it unleashes their already-toxic drugs to even more toxic levels. Sure, blame nature.

Antibiotics running out of steam! This is news? Apparently, doctors are still not getting the message.

Shocking news! The AAP acknowledges low-level pesticide exposure is dangerous to children! One day they might even wake up and acknowledge the same with vaccines…

Remember this? The same group that now acknowledges pesticides still wants to inject your kids (boys, too) with the HPV shot (Gardasil and Cervarix)…

Is broccoli really a dangerous cruciferous vegetable? Only a Harvard psychiatrist could argue such…

Traffic pollution tied to autism risk. Will they use this as an excuse to distract you from the fact that vaccines are like injectable traffic pollution?

Medications for treating common infections are losing their effectiveness.

The Establishment Hates Nullification, but why?

ASSAULT ON THE PRIVACY OF YOUR OWN MIND By Jon Rappoport

How can fraudulent medical science result in a diagnosis that negatively affects your health? Dr. Sherri Tenpenny explains… 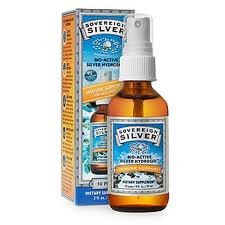