The FDA has struck again with help from a federal judge ruling against Amish farmer Dan Allgyer on the raw milk issue. Rather than dealing with 4:00 AM terror raids by jack-booted FDA agents, he has decided to shut down the farm. Are they coming for you next? Liz Reitzig, from the Raw Milk Freedom Riders joins RSB with critical updates. http://rawmilkfreedomriders.wordpress.com/ and http://www.farmfoodfreedom.org/

The Ron Paul Revolution is gaining steam! We had Doug Wead on a couple of day ago to explain the strategy and he was on MSNBC yesterday to explain it some more. Take heart, despite the media blackout, Ron Paul is winning the delegate count! RSB will be joined by his mom, who just attended a meeting to become a Ron Paul delegate in Georgia! She’s 78 and from Israel originally. What a story! We’ll get her impressions on the diversity of support for Dr. Paul that will inspire you! http://www.dailypaul.com/213986/doug-wead-on-rachel-maddow-msnbc-9pm-et and http://www.youtube.com/watch?v=wHLXsgn4_B0&feature=player_embedded#! and http://www.dailypaul.com/214063/msm-blowback-maddow-reacts-on-behalf-of-ge-by-having-doug-wead-on-twice-in-one-week-telling-romney-supporters-they-are-la 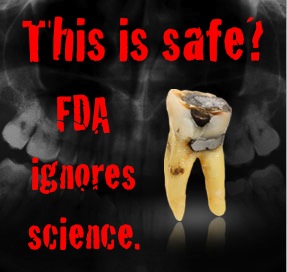 The FDA is ignoring its own scientists as to the danger of mercury in dental amalgams (tooth fillings). Charlie Brown, from Consumer’s for Dental Choice, drops by to reveal what we can do about it! He’ll also cover the global community’s response that may provide an end-around the obstinacy of the FDA. Let’s get the mercury out! http://www.toxicteeth.org/about_Us.aspx and http://www.toxicteeth.org/donate.aspx and http://www.youtube.com/watch?v=AGqpU1VXrJc&feature=player_embedded

Federal, state and local authorities are tag-teaming up on preschoolers, telling them that their parents do not know how to feed them according to USDA guidelines. RSB rips them and all those who believe that the government is their mommy and daddy. Do you really own your kids? Why or why not? http://www.naturalroad.com/health-news/school-to-parent-the-lunch-you-supplied-gets-failing-grade/ and http://www.naturalnews.com/034979_food_police_sack_lunches_schoolchildren.html

In a disastrous economy, how can the Feds justify shutting down family farms? Easy. If you’re Amish and provide raw (real) milk to those who want it, you don’t deserve to be in this economy – so say the bureaucrats and judges who support the Fear and Death Administration. http://www.washingtontimes.com/news/2012/feb/13/feds-shut-down-amish-farm-selling-fresh-milk/?page=all

Could childhood bedwetting really be evidence of constipation? RSB Shares the science, as well as remedies for the problem, on the air, including cascara sagrada, senna, homeopathic Podophyllum, Nux vomica, Lycopodium, Graphites, Bryonia and more… http://www.medicalnewstoday.com/articles/241113.php

Does the Obama Administration take its marching orders from Syria’s Assad? According to Secretary of State Hillary Clinton, that would be a yes. RSB explains, passionately on the air… http://thecable.foreignpolicy.com/posts/2012/02/13/clinton_no_troops_in_syria_without_assad_s_consent

The Louisiana State Medical Board is terrorizing doctors who use natural medicine! Are you in Louisiana? Take action! http://www.anh-usa.org/louisiana-state-medical-board-disgraces-itself/

When it comes to the safety of Americans over the safety of drug company profits, Americans typically lose – and they’re about to lose their dietary supplements, too. Take action! http://www.anh-usa.org/fda-isnt-listening/

In case your friends may not be aware of the importance of health freedom and Ron Paul’s sane, rational and critically important defense of it, please take a look at Bibi and Celia Farber’s new media site: http://www.nextworldtv.com/videos/enlightened-simplicity/ron-paul-on-health-freedom.html

Did you know that Ron Paul is the choice of the troops? http://runronpaul.com/activism/ron-paul-is-the-choice-of-the-troops/

Will you be near Washington, DC on February 20? Join the march and after party! http://www.march2whitehouse.com/

In case you missed my broadcast from Sunday (02/12/12) http://www.robertscottbell.com/?p=5654 on GCN from this past Sunday, with Ron Paul campaign adviser Bruce Fein, LibertyPulse Kurt Wallace on CPAC, nutritional historian Chris Barr (silver and sinuses), you can still listen to it here: http://www.gcnlive.com/programs/robertScottBell/archives.php