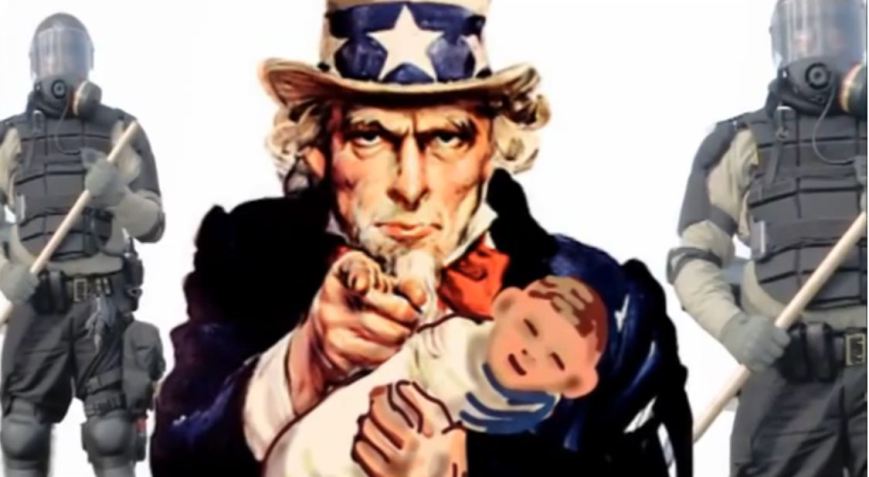 Sunday on The Robert Scott Bell Show 1-3 PM EDT:
Remember a time in America when families would freely go camping in the summertime, cook smores over an open flame and be lulled to slumber in their tents by the sounds of nature and the comfort of their cozy sleeping bags?  A Michigan sheriff seemingly doesn’t, evident from his facilitation of the seizure of 6 children by CPS, from a family for the heinous crime of camping without running water and electricity!  In other parental-rights-trampling news, parents of an 11 year old floridian boy were arrested, and their child seized, after making the grievous mistake of leaving their son home alone to play basketball in their own yard.  Are these violations of parental authority isolated, or will this become the norm as we descend further into the black hole of big government?
In the agricultural world, our friends over at the frankenfood vendor Monsanto have decided the times right to begin billing themselves as a “Sustainable Agriculture Company”. Roses are red, violets are blue, Monsanto is sustainable, as much as a daily regime of drinking glue!  RSB will end the hour by reiterating the importance of citizen FOIA requests, independent police video analysis, and a healthy skepticism of any bloated government agency, as a Santa Ana Cop is not only caught on video indulging in recently acquired pot brownies and joking about partying with the judge who signed their raid warrant, but also verbally announcing their regret for forgetting to kick the disabled dispensary 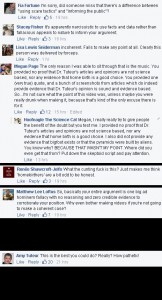 owner in her “nub”.  Truth is stranger than fiction my friends!

In Hour 2 RSB will give us his take on the announcement of a new crusade of censorship and academic bullying by the jokers at the American Medical Association, who plan to actively “defend the medical profession” by clamping down on “quack MD’s” who spread pseudoscience in the media.  Is censorship the new skepticism?  Speaking of skepticism, RSB will share the recent exploits of our resident pseudo-skeptic slayer, Hoofnagle The Science Cat, who has been busy striking fear into the hearts of dogmatic totalitarians across the web.  In Fukushima news, a new report suggests the crippled plant may be beyond repair, as it behinds its slide into the Pacific ocean.  Need a better motivation to get your immune system and gut in shape?  After a decade of intrusive groping and rude service, most people have a certain distain for experience of airline travel.  What a new mother experienced over the weekend may take the cake though! As a Los Angeles Airport worker directed her to a janitors closet, after staff at the facility were unable to find a sanitary place for her to breast feed her child!  While these shenanigans were transpiring the World Health Organization had pressing news for world, as they blasted out their emergency recommendation against the consumption of camel urine.  Humps up cheers?  Lastly RSB will give his perspective on a new approach to studying the spread of breast cancer, as a team of scientists have successfully grown a human breast in a laboratory. Homegrown Health’s Joni Abbott joins in as well!