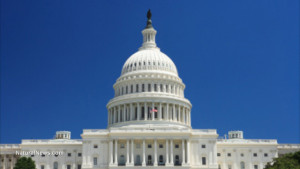 Professors Martin Gilens (Princeton University) and Benjamin I. Page (Northwestern University) looked at more than 20 years worth of data to answer a simple question: Does the government represent the people? Their study took data from nearly 2000 public opinion surveys and compared it to the policies that ended up becoming law. In other words, they compared what the public wanted to what the government actually did.

What they found was extremely unsettling: The opinions of 90% of Americans have essentially no impact at all.

Is the FBI’s recent demand that Apple Computer help them to unlock an iPhone used in an alleged terrorist attack a concern over national security, or a way to force Apple to create a “backdoor” key to unlock anyone’s iPhone?  John McAfee, the founder of McAfee security software, recently weighed in on this issue during an interview with CNBC. McAfee offered to unlock the iPhone for the FBI for free, eliminating the need for the FBI to force Apple Computers to give them access to their software to unlock the phone. 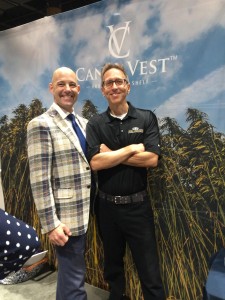 Special Guest and friend to the show, Stuart Tomc from Cannavest!

There’s been some conversation about the FDA issuing some warnings to certain CBD oil manufacturers.  In an article on the subject, our friend Health Ranger Mike Adams tried to communicate his concern, which apparently was taken the wrong way by retailers of the oil.  In a new article, he strives to clarify:

(NaturalNews) MAJOR CORRECTIONS: I’m issuing a huge correction / clarification to this story after speaking with people in the hemp industry. They’ve pointed out that my article, although posted with the best intentions to help keep CBDs legal and readily available, was freaking out CBD retailers who thought some sort of new law had been passed outlawing CBDs.  In no way did I intend to disrupt CBD retailers with that article! My only goal was to sound the alarm of how to FDA is attempting to destroy this entire industry, and help create a backlash that would keep natural medicine legal in America.

It’s a frequent entrant on New Year’s resolutions lists: Drink more water. Now, research out of the University of Illinois provides some compelling reasons to make the Herculean effort to pick up another glass.  Researchers found that upping the proportion of plain water consumed by one percentage point—you read that right—reduced the amount of calories, sugar, sodium, and cholesterol ingested; those who upped it by a cup or two saw those benefits grow significantly.

Many are calling him a genius. The man is an artisan, locksmith and above all else, he explains, he is a beekeeper.  But a very original bee-keeper, who has trained his bees to make honey from cannibus!

SAME café, short for So All May Eat, started 10 years ago in Denver, Colorado with a simple premise. The food served was to be mostly organic and locally-sourced, and if you can’t afford to pay for it – you can pay what you’re able, or volunteer for an hour to pay for your food.  Those patrons who can pay are encouraged to give a little extra if they can, the primes of “pay it forward” so that the restaurant can still serve anyone who is hungry. SAME, is in fact, the first non-profit restaurant in the city, and there are few like it across the country. 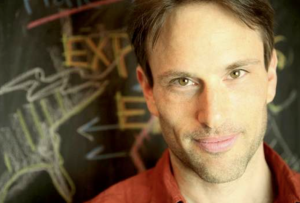 RSB and Liam talk about the move in the conspiracy crowd to fan the flames of a fundamentalism – yes – the earth is flat! Or, so they say. We’ll talk about their model and what it means that they’re getting so much attention…but not before we stop at Chipotle, which has learned to play the big industry game of ‘food safety.’ No, they never had food contamination – somebody had the sniffles!! Or – so they say.

RSB welcomes Dr. Cornelia Franz back to the show! We’ll discuss remediation for children exposed to lead and other heavy metals, like those in Flint, Michigan. Where are all the chelation doctors? Where is the call for remedies to heavy metal intoxication? Would the medical authorities be open to finally acknowledging what we already know about IV chelation?

Then we’ll dive back into vaccine controversies as we find children who are fully vaccinated show more evidence of chronic disease than those who are partially vaccinated, or not vaccinated at all. If you are a doctor and have paid attention, kids today are weaker and sicker than they were 30 years ago. Did you know that if you give the TdaP shot to monkeys, there are known side effects including neurological and other birth defects? Evidence based medicine? What about the one child who is harmed? Is that not evidence? What other strategies are available for immune enhancement, rather than toxicological assaults leading to immune detriment? Dr. Franz available for Virtual Visits for those of you who are unable to bring your children into the office.