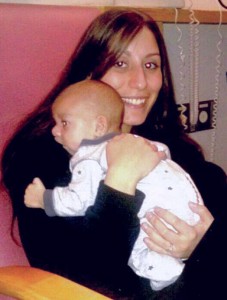 Hour 1 – Don’t Let the State Intoxicate and Poison Your Healthy Baby and More!

Does the power of the state extend to the ability to declare a healthy baby diseased and in need of FDA Black Box labeled drugs? And if the parents show any reluctance in poisoning their healthy child with state-sanctioned medical drugs, would the state yank that child off the mother’s breast to insure drug compliance? Well, that is exactly what happened to Lindsey Nagel’s son recently in Minnesota. RSB has been covering this ongoing sage more in depth since Wednesday and he’s got more news to reveal.

Aspartame-sweetened milk on the verge of being deemed “safe for your children” In hopes of adding “safe and suitable” sweeteners as optional ingredients, the IDFA and NMPF are calling on the FDA to amend the current rules and allow the use of aspartame in milk. 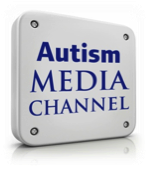 Two landmark events – a government concession in the US Vaccine Court, and a groundbreaking scientific paper – confirm that physician, scientist, and AMC Director, Dr. Andrew Wakefield, and the parents were right all along.

In a recently published December 13, 2012 vaccine court ruling, hundreds of thousands of dollars were awarded to Ryan Mojabi,[i] whose parents described how   “MMR vaccinations,” caused a “severe and debilitating injury to his brain, diagnosed as Autism Spectrum Disorder (‘ASD’).”

The incidence of autism has rocketed to a risk of around 1 in 25 for children born today. Meanwhile governments, absent any explanation and fearing loss of public trust, continue to deny the vaccine-autism connection despite the concessions in vaccine court.

Speaking from his home in Austin, Texas, Dr. Wakefield said, “there can be very little doubt that vaccines can and do cause autism. In these children, the evidence for an adverse reaction involving brain injury following the MMR that progresses to an autism diagnosis is compelling. It’s now a question of the body count. The parents’ story was right all along. Governments must stop playing with words while children continue to be damaged. My hope is that recognition of the intestinal disease in these children will lead to the relief of their suffering. This is long, long overdue.”

One thought on “Don’t Let the State Intoxicate and Poison Your Healthy Baby, Save Rico, Dr. Andrew Wakefield, Vaccination Causation of Autism & More!”