Superhero Sidekick Liam Scheff is in Maine eating Magic Chocolate! No he’s not on drugs, he’s on Aimee’s Livin’ Magic! He’ll drop in to give a preview of this week, and unofficial “Official Stories” Monday kick-off… https://www.facebook.com/pages/Official-Stories-by-Liam-Scheff/432661406753729

Dr. Nick Gonzalez returns for some Advanced Medicine to jump-start the week on a wide variety of topics from political to physiological healing! Do you know anyone with endometriosis? I plan to ask Dr. Nick his perspective since we got an email question on the subject. Will it be hormonal balancing or detoxification? What role does the liver play in female-specific ailments? What else might be on tap?

Autism One is coming up this week, so RSB will ask Dr. Rashid Buttar for some more Advanced Medicine perspectives on the dangers of vaccination and what has changed over the years since he began helping children diagnosed within the autism spectrum. Why would any sane, rational degreed medical professional ever inject an infant with the Hep-B vaccine? Is this not perpetual insanity? How many promiscuous, IV drug using medical professionals do you know that are only 2 days old, much less 2 years? Did you hear about the infant killed by the polio, DPT and Hep-shots in India? Who said that it was acceptable for that child to lose his life in this collectivist vaccine agenda? We’ll also continue our discussion of medical oncology, as another study reveals how much MD’s do not know about the chemotherapy they inflict on their 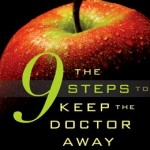 patients! The principles of liberty and healing are identical – are you ready to apply them in all areas of your life?

Call Dr. Buttar’s clinic if you need help with your health (704) 895-WELL (9355). All this and more only on Advanced Medicine Monday on The RSB Show! www.MedicalRewind.com/ Congratulations to Dr. B and “The 9 Steps to Keep the Doctor Away!” now recognized as a 2012 Hoffer Book Award Winner! http://www.the9steps.com/ (if you buy the book, you can get a DVD for an incredible discount!) and Facts on Toxicity http://www.factsontoxicity.com/

Homeopathy is being attacked in Canada. Why? The real reason is because it threatens the most dangerous manufacturers on planet earth… http://www.naturalnews.com/035916_oscillococcinum_homeopathy_Canada.html

Less than 10% of MD’s even know about the toxic effects of the chemotherapy they use… http://www.medpagetoday.com/MeetingCoverage/ASCO/32752

Where does Ron Paul go to get some relief from Washington, D.C.? Minnesota. http://www.youtube.com/watch?feature=player_embedded&v=f9OPmizW9Pk

“Thiel’s contribution of more than $2.5 million to the Endorse Liberty superPAC, which supports Ron Paul, makes him the fund’s largest donor — in spite of the fact that the two men have never met or communicated in any way.” http://www.npr.org/2012/05/19/153002892/with-eye-on-future-billionaire-investor-bets-on-paul

This week! Will you be at the Autism One Conference in Chicago May 23-27, 2012? RSB will see you there! http://www.autismone.org/content/2012-autismone-conference

In case you missed my broadcast from Sunday (05/20/12) on GCN http://www.robertscottbell.com/?p=6407 from this past Sunday when RSB interviewed Tangerine Bolen, Executive Director, Founder of RevolutionTruth about the victory over NDAA’s indefinite detention provision and Chris Barr about the bogus assertion that antibiotics are better than probiotics for UTI’s. Listen here: http://www.gcnlive.com/programs/robertScottBell/archives.php