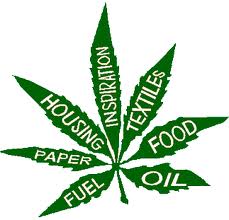 This week, we have Dr. William Courtney to go even further than last week on the corruption of Cannabis science! Do you have an opinion on the criminalization of Cannabis? That’s marijuana, for those deficient in Latin. Big topic today on The RSB Show. Call in between 1pm and 3pm EDT and let your voice be heard! Call-in Number: 1-800-259-5791. 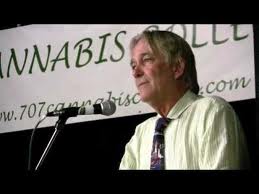 Dr. William L. Courtney has an extensive medical education that began with a Bachelor of Science in Microbiology from the University of Michigan. He also received his Doctor of Medicine from Wayne State University, and Interned for Residency in Psychiatry at California Pacific Medical Center and went on to earned his Post Doctorate in Forensic Examination and Forensic Medicine. Dr. Courtney is currently a member of American Academy of Cannabinoid Medicine, the International Cannabinoid Research Society, the International Association of Cannabis as Medicine, and the Society of Clinical Cannabis. Dr. Courtney has also been teaching Continuing Medical Education (CME) courses in clinical cannabis.

His area of special interest is in the dietary uses of cannabis to achieve 250 to 500 mg of cannabinoid acids, which he considers as a conditionally essential nutrient in the diet of individuals from the 4th decade on. He has presented on high dose non-psychoactive dietary uses at Cannabis Therapeutics in Rhode Island April 2010, the Institute of Molecular Psychiatry at the University of Bonn in June 2010, the Institute for Advanced Studies at The Hebrew University of Jerusalem in November 2010, and the International Cannabinoid Research Society conference in Chicago in July 2011.

Let Individuals Take Responsibility for Their Own Food Choices A controversial online video released this week by the Center for Science in the Public Interest, The Real Bears, is making waves for the way it portrays what the group says are the health risks of sweetened beverages like soda.

Cancer patients may misunderstand goal of chemo When doctors recommend chemotherapy to people with incurable cancer, many of those patients may not understand that the treatment won’t save their lives, a small study finds. Cancer chemotherapy can have different goals. Often, the aim is a cure. But chemo can also be “non-curative.” For some patients, chemotherapy can control the growth of the cancer for a while and prolong their lives. Other times, it’s palliative – intended to ease some of the symptoms of a patient’s cancer, without a hope of improving survival.

Breast cancer survivors cry foul against TSA for ‘humiliating’ pat-downs and public embarrassment A number of breast cancer survivors have recently come forward with sordid details about how they were mistreated and humiliated by U.S. Transportation Security Administration (TSA) screeners at various U.S. airports over the past several years.

Ad blitz drains support for California GMO-labeling plan An intense advertising blitz, funded by Monsanto Co and others, has eroded support for a California ballot proposal that would require U.S. food makers to disclose when their products contain genetically modified organisms.

All Your Questions About the Flu Vaccine Answered Note: This is a guest post from Richard Birkel, Acting Senior Vice President, Healthy Aging, National Council on Aging Read and see how Care2Cause editors are lying to you…

Quick Study: More Young People Are Having Strokes The study: More people are having strokes years before they hit retirement age, and it could be due to increased rates of obesity.

Outrageous claim: Drones will boost America’s ravaged economy Amid dubious government claims that the jobless rate is falling, some are actually suggesting that one way out of our dismal economy is to build more devices to keep an eye on us, namely drones.