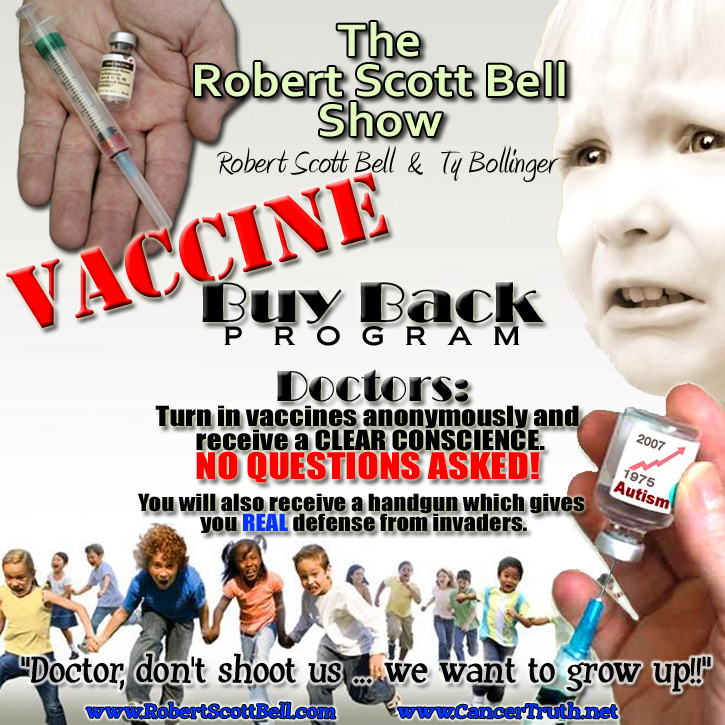 Disarm the population? It’s never a good idea to make major decisions based purely on raw emotion, especially fear. This is how women needlessly lose their breasts, uterus and ovaries at the hands of medical doctors. Why? According to the allopathic authorities, they are potential serious threats that if allowed, could kill you. The non-FDA/CDC reality is, breast tissue, ovaries and other life giving body parts do not just up and kill you, any more than guns do. Modern psychiatry and state-sanctioned medicine, historically and in modern context are a much greater (and real) threat to women and children than any gun ever manufactured in the history of earth.

Our friends on the emotional-left do not like acknowledging such a fact, perhaps because it threatens their worldview of a benevolent government only looking to protect us from harm wherever it may arise.

Government-approved medicine visited untold horrors in Nazi Germany. FDA approved vaccines and drugs are injuring, maiming (and even killing) untold millions of children each and every year. Ban firearms and you take from the people their last line of defense against tyrannical government and the medical soldiers that have been unleashed among us. We need a plan to stop medical violence against children. I have offered a vaccine buyback program to that effect. How many more women and children will you allow to be victimized, just because the methods used are sanctioned by government, condoned by the media and lobbied into monopoly by the pharmaceutical industrial complex?

Doc Harmony returns from Harmony Cone to help answer the serious question of how to overcome addictions, even the most serious ones. Are American detox centers offering what really works, or are they limited by the FDA to only offer things that continue the addiction drug-dependency pattern? We’ll revisit the mother plant from Africa known as Iboga, in order to bring real recovery, even if you have to leave the shores of America to safely use it. Ibogaine, as a therapy for substance abuse, is becoming increasingly recognized as a valid treatment protocol in addiction interruption. Testing within laboratory settings with animal subjects has demonstrated in pre-clinical trials that Ibogaine significantly reduces self-administration of cocaine, morphine, and amphetamines. The Ibogaine treatment intention is to interrupt the cyclical patterns of addiction. Most substance abuse scenarios consists of a combination of physical, psychological and emotional components. This treatment method often provides profound insights into core behavior patterns that limit rational decision making processes while providing powerful guidance

into the life of the drug user and empowering lasting change. Studies have shown that Ibogaine – and its primary metabolite – interact with numerous neuro-receptors and neuro-transporters. These make up the cellular network that modulates the activity of dopaminergic-dependent and independent circuits. The multi-site actions of Ibogaine suggest that simultaneous modulation of more than one neural mechanism may therefore be an effective pharmacological treatment approach. Most interestingly, Ibogaine is proven to inhibit self-administration of cocaine in rats. In fact, one dose of Ibogaine would decrease cocaine consumption in 5 days by 60-80%. Ibogaine was also found to lower the self-administration of morphine and alcohol. For a Consultation Call Eric Taub: 1- 866 – 518 – 0116.

Liz Reitzig, for the Raw Milk Freedom Riders, returns with great news about connecting you with your local farmers. FarmMatch is a brand new tool designed to revolutionize how people choose their food! FarmMatch connects consumers worldwide with local farmers, buying clubs, farmers markets, and restaurants that offer fresh, sustainable, organic foods. Making these connections is a win-win-win!  Farmers win, consumers win and our economy and environment win!  To facilitate this revolution, we hope to reach as many users as possible by early 2013.  We need your help to get here! “A hurried, harried populace disconnected from food needs network facilitators and I haven’t seen anything more comprehensive for accomplishing this than Max Kane’s FarmMatch.com.” — Joel Salatin, Polyface Farm

Questions of the Day: 1) “Robert, My 5 year old daughter was just diagnosed with Strep. What is the best way to treat it naturally without antibiotics? Is it silver? If so, how much for how long? I have been looking up natural remedies and found one from an herbologist that used a mixture of honey, cayenne, and garlic cloves. He said it can beat strep in 24-48 hours. I would really appreciate your opinion on this. Thank you. John”

2) “Do you know of a good treatment place or where I can get info to find a good treatment place or anything to help with heroin addiction? This is for my daughter, she is 36 yrs old and currently in jail. This is the 4th time this year she has landed in jail. We live in NC. Hopefully a place somewhere in NC or surrounding states. She has detoxed several times due to jail and one treatment center but once out she is back at it. Thanks, Barbara S.”

Can exercise detoxify the body? Health experts are skeptical. Then why are they considered health experts?

Vaccine industry in a panic over the potential banning of mercury worldwide!

The American Academy of Pediatrics supports mercury remaining in vaccines. Is your pediatrician a member? Fire him (or her).

It’s not enough that BRCA gene fear would lead to radical removal of healthy breast tissue; they also use it to frighten women out of their ovaries! Or is that frightening the ovaries out of women?

Squeezing what is good for what? You know that this had to be written by a man. Will they distinguish between the kind of squeezing that goes on in a mammogram from that which would encourage lymphatic drainage?

Do you know about the Dick Act of 1902? Are you aware that both Bush and Obama operated and operate in violation of it? U.S. Senator Charles W. F. Dick, a Major General in the Ohio National Guard and the chair of the Committee on the Militia sponsored the 1903 Act towards the end of the 57th U.S. Congress, so that National Guard troops would never be used on foreign soil.

“Vaccination, Social Violence, and Criminality: The Medical Assault on the American Brain” By Harris L. Coulter