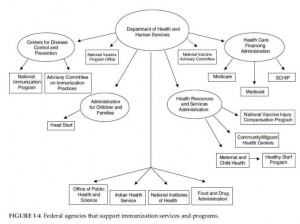 Tim Bolen returns with Part 4 of his expose’ on the CDC cover-up of vaccine dangers! Are you ready to blow the lid off of this thing? http://www.bolenreport.com/foiasuit4%282%29.htm

Kevin Lee, from Helping America, joins The RSB Show in support of the Raw Milk Freedom Riders. He was born and raised on a farm, which explains why he came aboard to support our efforts in covering this historic event. Please say thanks by going to http://helpingamerica.com/ or calling 1-877-743-5746. We’ll talk natural remedies for immune support and detoxification, too.

Glaxo Settles Cases With U.S. for $3 Billion “The settlement was the largest yet in a wave of cases brought against pharmaceutical companies for illegal marketing of drugs.” GSK shows us how you can buy your way out of homicidal iatrogenocide… How many Avandia deaths are ignored by purchase?

At-risk groups skipping flu jab “Just one in three people in at-risk groups and 14% of pregnant women have come forward for a flu jab, figures show.”

Study: FDA Downplayed Chantix Suicide Risk “By focusing only on episodes of depression and suicidality that ended in hospitalization, a recent FDA review of psychiatric side effects of the stop-smoking drug varenicline (Chantix) underestimated its true risks, researchers said.” 3000 reports of suicidal behaviors and behaviors linked to Chantix. What about completed suicides? 92% associated with Chantix. What does the FDA say? The drug is safe and effective. http://abcnews.go.com/Health/chantix-dangers-government-attention-study/story?id=14868835#.Tra_snKwW3c

Children not vaccinated against pneumonia remain vulnerable “Some children are not receiving the current recommended 13-valent pneumococcal conjugate vaccine (PCV13), a replacement for the 7-valent vaccine (PCV7) in all children and a supplement for those aged 14 to 59 months…” Pneumonia is not a vaccine-deficiency disease!

APHA: Hospitals May Have to Mandate Flu Shot, Panel Says “Hospitals and clinics where fewer than 90% of healthcare workers get an annual flu shot should consider mandating vaccination, according to draft recommendations by a federal advisory committee.”

Hour 2 – The Hi-jacking of the American Government

Ventura, miffed by court, says he’s off to Mexico “Former Minnesota Gov. Jesse Ventura is so upset by the dismissal of his airport security lawsuit that he threatened Friday to apply for dual citizenship so he can spend more time in his beloved Mexico — or run for president of what he labeled ‘the Fascist States of America.’” Is he pissed off or what? Are you? If not, why not?

The FDA Approved How Many New Drugs? “Why not take an opportunity to crow when the numbers are going your way? That is what the FDA is doing today with a new report that trumpets that 35 new medicines were approved over the past 12 months, which is nearly the highest number of approvals in the past decade. The only year in which the agency issued more approvals was in 2009, when there were 37 such endorsements.” This is the highest numbers of new approvals in the last decade! I thought that 200 tons of FDA approved drugs had just gone to waste!

Nearly 200 tons of prescription drugs turned in “The Drug Enforcement Administration says people turned in more than 188.5 tons of unwanted or expired prescription medications in the agency’s third National Prescription Drug Take-Back Day on Oct. 29.” So, Obama writes an executive order to provide more drugs for the American people!

Tisha Casida is a real liberty candidate for Congress in Colorado’s 3rd District. We’ll talk about food and health freedom, which includes the upcoming tour with Michael Badnarik in Colorado that begins on November 12th and concludes with a Fundraiser on November 19th.  Michael and Tisha will be seeking out raw milk producers and consuming raw milk at each of the stops (Grand Junction, Delta, Gunnison, and Pueblo, Colorado) in an effort to educate people about the freedom to consume whatever we like. After the Raw Milk Freedom Ride, let the warrior women lead the way! http://www.casida2012.com/about/ and http://www.casida2012.com/business/the-merging-of-green-and-tea-%E2%80%93-people-over-party/

USDA gives half million in taxpayer dollars to AquaBounty to promote GM salmon “Biotechnology company AquaBounty has had quite a bit of trouble getting quick regulatory approval for its genetically-modified (GM) salmon, called AquAdvantage, because the “frankenfish” is not always sterile as claimed and could spread its corrupted genes into the wild. So in order to help move things along, the US Department of Agriculture (USDA) has awarded the company nearly $500,000 in taxpayer funds to conduct research on how to fully sterilize the fish, according to Grist.”

Legalized Medical Pot Doesn’t Spur Teen Use, Study Finds Legalizing medical marijuana in Rhode Island did not increase illegal use of the drug among the state’s youths, a new study shows.

Prolonged Sitting Linked to 173,000 Cancer Cases Yearly Our culture of sitting may be responsible for 173,000 cases of cancer each year, according to new estimates.

Is it mind over meds in depression treatment? Clinical trials in all areas of medicine turn up some degree of “placebo effect” — the phenomenon of people who are given a sham treatment, instead of the real thing, getting better anyway. Placebo responses are particularly common in certain disorders, depression being one.