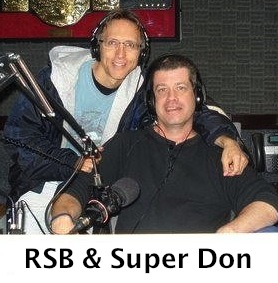 “Is organic food healthier than pesticide-laden foodstuffs?” Of course that headline is leading you to a conclusion that I want you to reach. What if the headline instead said “Organic food no healthier than conventional”? That would be leading too, albeit in a different direction. This is exactly what the PR agencies work to do – shape your thoughts and make you believe that they are your own. When you look further into any article published in the old media, you will likely find that that the story often contradicts the headline. Where does that leave you? Confused into inaction. Deer in the headlights. Right where they want you. Not here, not now, not ever. On The RSB Show, we’ll help you see things that are not readily apparent in the old media until you are capable of seeing through the lies without assistance. Then, you can help others do the same. What else is on tap today?

Liam Scheff comes in after the long holiday weekend to shoot the breeze with RSB. We’ll talk the official stories of liberal versus conservatives, George Carlin on voting, and the world of the ongoing medical onslaught. We’ll put a question to the audience: What should our Ron Paul T-Shirts say? Example: 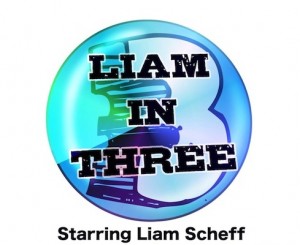 Then Liam wants to steer the discussion into oil – Peak Oil! Is it real? What’s it all about, and what should you be doing to prepare? We’ll actually do a “visionary” segment of planning for a major shift in energy production! And don’t forget “Official Stories” to help you thread your way through the headlines. New Liam in Three – Peak Oil – We’re Over the What? http://www.youtube.com/watch?v=n6k0UTXAvcE&list=PL91B99E9DB0572B23&index=1&feature=plcp and https://www.createspace.com/3882976

Organic food is not healthier than conventional food – at least until you actually read the article and get to the last three paragraphs… http://news.yahoo.com/organic-food-no-healthier-non-organic-study-210536314.html?_esi=1

Why is the drug manufacturer of Thalidomide apologizing 50 years later? It’s not from the goodness of the heart it does not have… http://abcnews.go.com/Health/drug-manufacturer-apologizes-thalidomide-victims/story?id=17135262

What’s the difference between Barack Obama and Mitt Romney? Like, beyond gay marriage and abortion… http://www.crisishq.com/why-prepare/the-illusion-of-choice/

Do conservatives and liberals have different brains? http://abcnews.go.com/blogs/health/2012/09/03/conservatives-and-liberals-have-different-brains-studies-show/

What does it mean when Hollywood liberal John Cusack says that Barack Obama is worse than George W. Bush? http://truth-out.org/opinion/item/11264-john-cusack-and-jonathan-turley-on-obamas-constitution

Conservatives for freedom? Except when it comes to medical cannabis… http://news.yahoo.com/arkansas-conservative-group-seeks-block-medical-pot-vote-003552572.html

Mercury in fish? What about those Omega 3 EFA’s? http://www.foxnews.com/health/2012/08/31/mercury-oils-from-fish-at-odds-in-heart-health/?utm_source=feedburner&utm_medium=feed&utm_campaign=Feed%3A+foxnews%2Fhealth+%28Internal+-+Health+-+Text%29

Ron Paul knocks truth out of the park and the RNC does what it can to get rid of him. http://www.veteranstoday.com/2012/09/03/the-republican-convention-and-the-ron-paul-revolution/?utm_source=dailypaul

This Thursday! RSB will be lecturing at Abby’s Health and Nutrition September 6, 2012 beginning at 7 PM EDT. See you there! http://www.abbyshealthandnutrition.com/retailer/store_templates/shell_id_1.asp?storeID=31P2KHB77SUS9MB3PX56R5G71BFTEKF1