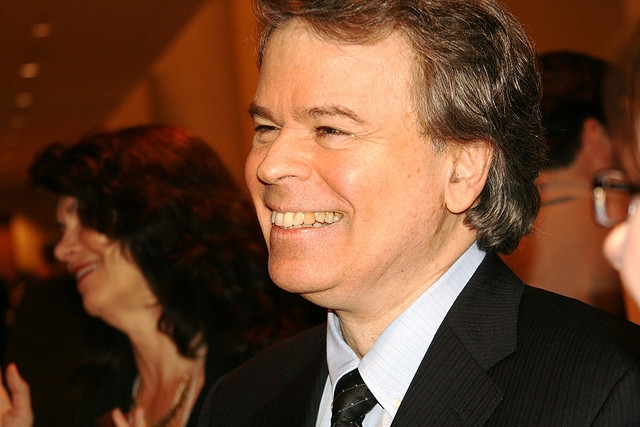 RSB is joined by Dr. Linda Isaacs to discuss the shocking, tragic loss of her colleague and our good friend, Dr. Nicholas Gonzalez, who passed last night in his New York home due to an apparent heart attack. From RSB’s first meeting with him at a medical conference in NYC many years ago, to his frequent guest appearances on the air, Dr. Gonzalez has inspired and helped heal millions with his dedication to ancient principles validated by modern science. Since we began broadcasting 6 days a week 5 years ago, Dr. Nick has been our most requested guest, appearing numerous times since March 23rd 2011, to his last appearance on March 5th of this year! RSB was able to develop a close and cherished friendship with this legendary healer and our hearts go out to all of his family, his wife Mary Beth and the many friends who have been made better by knowing him. We have some special guests joining RSB tonight to extend their heartfelt messages of gratitude, including some of Nick’s close friends like Carol Alt and Suzanne Somers. Dr. Gonzalez’s expertise and knowledge will be greatly missed.

Here is the official announcement:

It is with great sadness that the office of Nicholas J. Gonzalez, M.D. relays news of his untimely death on Tuesday, July 21, 2015.  The cause of death was cardiac related, it appears, as he suddenly collapsed and was unable to be revived.  Dr. Gonzalez was in excellent health otherwise so his passing is quite unexpected.

Currently, his family is taking care of funeral arrangements and Dr. Linda Isaacs and his office staff are tending to patients. In the interim, please know Dr. Gonzalez’ office will keep you posted on plans by way of this announcement list. Moving forward, his team will do their best to navigate tasks and transitions seamlessly and we thank you in advance for your kind consideration. If you 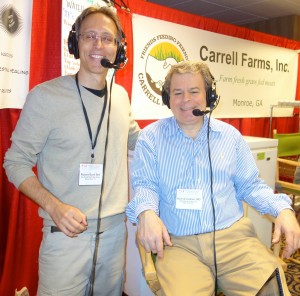 are a patient and have an upcoming appointment, please call the office to let us know if you wish to reschedule with Dr. Isaacs.

Dr. Gonzalez leaves his beloved wife, Mary Beth, a legacy of Christian faith, healing, and genuine love for people and the pursuit of medicine.

This is a deeply distressing time for all of us. We appreciate your thoughts and prayers.

Nicholas J. Gonzalez, M.D., graduated from Brown University, Phi Beta Kappa, magna cum laude, with a degree in English Literature. He subsequently worked as a journalist, first at Time Inc., before pursuing premedical studies at Columbia. He then received his medical degree from Cornell University Medical College in 1983. During a postgraduate immunology fellowship under Dr. Robert A. Good, considered the father of modern immunology, he completed a research study evaluating an aggressive nutritional therapy in the treatment of advanced cancer. Since 1987, Dr. Gonzalez has been in private practice in New York City, treating patients diagnosed with cancer and other serious degenerative illnesses. His nutritional research has received substantial financial support from Procter & Gamble and Nestle. Results from a pilot study published in 1999 described the most positive data in the medical literature for pancreatic cancer. Books: 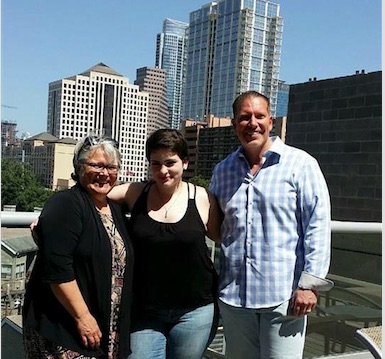 In Hour 2 RSB is joined by Ty Bollinger, producer behind “The Truth About Cancer”,  for another Out of the Box Wednesday.  Though today is marred with somber news, RSB & Ty will spend their time remembering the late Dr. Gonzalezby discussing all the trailblazing work he accomplished in his life, especially regarding his introduction of nutrition into the mixture of alternative solutions for cancer treatment.

From TMB: It is with great sadness and a heavy heart that I write this memorial tribute for one of the greatest medical doctors of all time.

The world has lost a true hero….

Dr. Nicholas Gonzalez, a prominent alternative cancer doctor, died last night of a heart attack at his home in New York City. Dr. Gonzalez was probably the world’s foremost expert on pancreatic cancer, often recommended by other alternative doctors as the “go-to doctor” with the best results for pancreatic cancer.

RSB will weigh in on new GMO labeling legislation, being dubbed the “Denying Americans the Right to Know or DARK Act.” The act would keep states from issuing mandatory labeling laws for foods that contain genetically modified ingredients, and is headed to the floor for a vote on Thursday.  RSB & Ty will also discuss another subject dear to their hearts, Medical Kidnapping.  Imagine your 17 year old daughter gets the diagnosis of cancer. You both do research on treatment options and see that chemotherapy is toxic with potentially long standing, irreversible consequences: damage to the reproductive organs, bladder, heart,  lungs, nervous system, kidneys, and more. You and your daughter decide not to do it and choose to take a different route; one that is safer and is non-toxic.  Much to your shock, while you are out shopping, your daughter is home and the Connecticut Department of Children and Families (DCF) shows up at your door, with 12 police cars no less, to kidnap your daughter and force her to do chemotherapy against her will and your wishes.  RSB will also get Ty’s take on the new Orwellian use of Google Street View, as a wife catches her husband, disobeying her and the doctors orders, secretly smoking in the driveway!

Lastly check out RSB’s new articles at Epictimes.com, regarding Dr Jack Wolfson’s Exoneration by the Arizona Medical Board, and if “Doctors really avoid asking about using alternatives therapies for pain relief”.