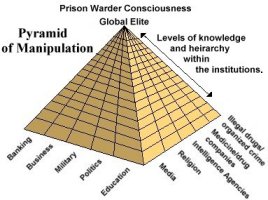 Radio broadcast on Sunday, August 15, 2010 from 1 PM to 3 PM EDT: Would you like some pharmaceutical tyranny with your french fries? The drug industry is salivating over the prospect of having statin drugs included in every Happy Meal, along with the growth hormones and antibiotics already present. Freedom fries would never come with statin drugs.

Why is the government-pharmaceutical complex so hell-bent on causing collective Alzheimer’s in the American populace? What else is going to slow down the rapid awakening to the awareness that our government has been hijacked by global corporatists parading in a drug-soaked flag?

Globalists need Americans on drugs to complete their multi-generational dream of one world order. You can do your part to derail their anti-freedom agenda by simple nullification. The next time your doctor tries to prescribe you a drug, find a natural alternative.

Freedom may be considered dangerous by elitists, but FDA-approved drugs are the leading cause of death.

Teach your children that life does not require FDA approval.

The Robert Scott Bell Show cherishes the principles that strengthen our understanding and practical application of freedom and healing. Where other talk shows leave off, the The Robert Scott Bell Show is just getting started. Listen to the voice of health freedom and liberty for perspective Sunday, August 15, 2010 from 1 PM to 3 PM EDT. Just turn on your radio or internet stream at the appropriate time.