Creating vaccines for diseases that may never exist: pre-pandemic vaccines! Not to be discouraged, international health authorities have come up with a novel idea, pre-pandemic vaccines. According to their convoluted logic, pharmaceutical companies should take advantage of their increased flu vaccine manufacturing capabilities to create shots for flu variants that may never develop.

Silver Is Toxic To Bacteria But Too Small A Dose May Enhance Microbes’ Immunity Rice University researchers have settled a long-standing controversy over the mechanism by which silver nanoparticles, the most widely used nanomaterial in the world, kill bacteria. Their work comes with a Nietzsche-esque warning: Use enough. If you don’t kill them, you make them stronger.

Gut Microbes Might Reflect Health, Diet of Older Adults “The health of elderly people appears closely linked with their diet and the type of microorganisms living in their gut, suggesting that what you eat may affect how well you age, according to new research.” 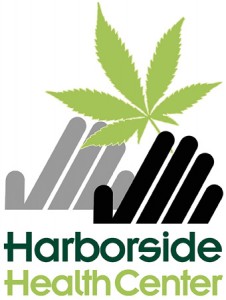 Oakland officials slam U.S. prosecutors over marijuana crackdown “Officials in the city of Oakland rebuked federal prosecutors on Thursday for seeking to shut down a medical marijuana dispensary that bills itself as the world’s largest in the latest clash over a federal cannabis crackdown in Western U.S. states. The criticism came a day after federal prosecutors announced lawsuits seeking to seize two properties housing the Harborside Health Center, a California cannabis dispensary that gained attention when it was featured on the reality TV show “Weed Wars…” Who’s afraid of a little herb?

Growers Fret Over a New Apple That Won’t Turn Brown “Some members of the United States apple industry say the introduction of genetically engineered fruit could undermine the apple’s image as a healthy, natural food.”

Our Genes May Be The Reason Why Our Immune Systems Decline With Age “Important insights that explain why our ability to ward off infection declines with age are published in a new research report in the July 2012 issue of the Genetics Society of America’s journal, GENETICS*. A team of U.S. scientists identified genes responsible for this decline by examining fruit flies – a model organism often used to study human biology in an experimentally tractable system – at different stages of their lives.” I call BS on this. Genetic degradation is due to environmental stressors. Don’t they know anything about epigenetics?

‘Fat pride’ challenges supersize stereotypes Cat Pause proudly describes herself as “fat”, can live with euphemisms like “curvy”, “chunky” or “chubby”, but balks at what she believes are value-laden labels such as “overweight” or “obese”. Being overweight is not a disease in and of itself. It has to do with toxicity and deficiency.

Want proof that corporate lobbying works? The so-called “Monsanto Protection Act” could soon become reality in the USA, where biotech companies would be granted a type of “immunity” over experimental GM crops:
http://www.naturalnews.com/036477_Monsanto_immunity_GM_crops.html

Judy Erwin is a gifted medical intuitive who has gained a lifetime of experience with alternative healing, most significantly her research into the uses of Rife Frequency Technology. She has delved into its many applications for health issues to include the balancing of energy fields and consciousness expansion. Her extensive knowledge and grounded approach stem from decades of research as well as overcoming her own serious health issues with the use of Advanced

Frequency Technology. She has shown many people how to regain optimum health and vitality by combining exercise and good nutrition with the specific frequencies in this form of Vibrational Medicine. Judy and BioElectrics for Health are back to plug you into the healing frequencies designed to raise the physical, emotional, mental and spiritual vibrational level of each individual on the planet Earth. “If you want to find the secrets of the universe, think in terms of Energy, Frequency and Vibration” http://www.bioelectricsforhealth.com.     1-800-936-6240

Patients avoid disagreeing with doctor, may ignore advice “Most people are unwilling to contradict their doctor in discussions on medical treatment, according to a U.S. survey showing that most want a say in treatment decisions or they may end up not following the advice.”

DR. MANNY GOING ORGANIC? –  Can eating chicken give you a bladder infection? Another reason to go organic – “I have been slow in joining the all-organic bandwagon, but as more and more data comes out on genetically altered foods and liberal use of antibiotics in livestock, I now believe that with the advances in organic farming and raising of livestock, these products need to be seriously considered by the American public…” Dr. Manny finally sees the organic light?

‘Hot’ Excedrin for sale at steep prices online “It’s been nearly seven months since Novartis recalled Excedrin from stores – but that hasn’t stopped people from getting the over-the-counter medication.  People suffering from migraines have been paying steep prices through online sites in order to continue getting Excedrin, with a package of 50 two-tablet packs of Excedrin Extra Strength going for $144.95 on Amazon…” We’ll ease your pain for much less.

The end of privacy: Government to deploy laser-based ‘molecular strip-search’ devices across airports and roadside checkpoints Within the next two years, a spooky, powerful and invisible new technology will be deployed by the U.S. government that can instantly scan and identify every molecule on your body or person: the cocaine residue on your dollar bills, prescription drugs in your purse…

Hope High as AIDS Conference Returns to U.S. What’s really high are the researchers who still believe that HIV causes it. Actually, maybe they don’t because “What we know is absolutely possible is that we can end the pandemic even without having a cure,” said Anthony Fauci, a leading AIDS expert and director of the National Institute of Allergy and Infectious Diseases. They don’t know the cause, but they can cure it without having a cure. Are they living up the to their church edicts? Absolutely. The Church of Biological Mysticism is consistently unscientific…

Study Ties Chemicals in Beauty Products to Women’s Diabetes Risk Chemicals in beauty and personal care products may boost women’s risk of diabetes, a new study suggests, although the authors cautioned that the finding is far from conclusive.