Are you ready for some Official Stories? Liam Scheff unveils “Official Stories” on the Robert Scott Bell Show. His new book, receiving high praise from serious investigators, journalists and educators alike, is a fun, inspired read through the events that lie just beneath the surface of the American landscape. The RSB Show blog presents an excerpt from “Official Stories” Darwin chapter (http://www.robertscottbell.com/?p=6473), and Liam and RSB discuss the disaster of vaccines as immune system sacrament…

15% OFF today only! Code: 8FQRZ3S2 Official Stories is available for purchase here: https://www.createspace.com/3882976

Global cancer cases could rise 75 pct by 2030 Global cancer cases are projected to rise 75 percent by 2030, in part because many other diseases are being stamped out and more developing countries are adopting Western lifestyles linked to cancer, international health experts reported.

Painkillers Add Costs and Delays to Workplace Injuries Narcotic painkillers, which can mask rather than treat pain, can increase disability payouts and expenses by delaying an employee’s return to work.

Long-Term Side Effects Key When Cancer Patients Choose Drugs Long-term medication side effects such as fatigue can be key for patients deciding which cancer drug to take, new research suggests.

Arsenic in drinking water deemed ‘safe’ could harm mothers and children, study finds According to the U.S. Environmental Protection Agency (EPA), drinking water with low levels of arsenic – 10 parts per billion – has been deemed nontoxic and okay for human consumption.  However, new research has revealed that the water may not be so ‘safe’ to drink after all.

Where does the Tea Party and Occupy Wall Street meet? Do you want your Bilderberger with cheese or without? http://www.guardian.co.uk/world/2012/jun/02/bilderberg-virginia-tea-party-occupy 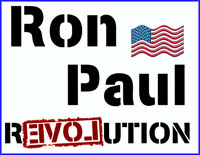 Ron Paul supporter has fingers broken at contested Louisiana GOP convention Louisiana’s Republican convention in Shreveport on Saturday resulted in unexpected assaults and arrests, including one man who had his fingers broken. http://youtu.be/UwHXbmaA80w

18 Examples Of The Nanny State Gone Wild America has been overrun by control freaks.  Once upon a time the United States was considered to be “the land of the free and the home of the brave”, but today there are millions of laws, rules and regulations that tightly regulate our daily lives.

2.     In North Carolina, authorities are threatening to send a blogger to prison…

3.     In San Francisco, if you do not recycle your trash correctly…

6.     In Hazelwood, Missouri it is against the law for little girls to sell girl scout cookies in front of their own homes.

7.     San Francisco has implemented a ban on Happy Meal toys.

8.     … all over the country where lemonade stands run by children have been shut down by police because the children had not acquired the proper permits.

9.     State legislatures all over the country have been passing legislation making it more difficult for parents to opt out of having their children vaccinated.

10. In many U.S. states is it now illegal to collect any rain that falls on to your own property.

11. In San Juan Capistrano it is against the law to hold a home Bible study without a “conditional use permit“.

12. In New York City, it is against the law to smoke at public parks and beaches.

13. In California,”food confiscation teams” visit the homes of people that have been discovered to have purchased raw milk.

14. In Hilton Head, South Carolina it is illegal to have trash in your car.

15. In major cities feeding the homeless has been banned due to “health reasons”.

16. In Louisiana, one church was ordered to stop passing out water because it did not have the proper permit.

17. …the lunches that little children bring from home are now inspected to make sure that they meet USDA guidelines.

18. … a vast array of government agencies is constantly monitoring what all of us say and do on the Internet…

RSB talks about the nanny state on the Jerry Doyle Show! http://youtu.be/ANrGz33CspA

Zombie Apocalypse? Nope, as CDC Issues Denial for the Brainless The Centers for Disease Control (CDC) and Prevention issued a statement in an email sent to Huffington Post Thursday that denied the knowledge of the existence of zombies or an ability to reanimate the dead. No, seriously.

9 Sneaky Sources of Sugar With the U.S. Food and Drug Administration rejecting an industry petition to change the name of high fructose corn syrup to “corn sugar” and the city of New York mulling a ban on super-sized sugary beverages, many Americans may

be considering their own sugar consumption a bit more that usual.

‘Label It Yourself’ campaign urges the People to begin labeling GMOs now http://www.naturalnews.com/036051_GMOs_label_it_yourself_activism.html#ixzz1wkVQN1Wu