This LIVE remote broadcast of The Robert Scott Bell Show is made possible by support from:

Are you ready for the Raw Milk Freedom Riders? November 1, Super-Moms to the rescue! http://www.wnd.com/index.php?fa=PAGE.view&pageId=360253

Here’s the Raw Milk Freedom Ride travel route in case you would like to come along: http://www.rawmilkfreedomriders.com/

Special guests that may drop by for the live broadcast:

Joel Salatin, who is considered to be one of the most influential organic farmers, has written several books including You Can Farm and Everything I Want to Do Is Illegal. He is also featured in the popular documentary Food Inc. where he talks about government food politics and what he believes is the future of food (http://www.polyfacefarms.com/).

Mark McAfee is founder and CEO of Organic Pastures Dairy in California, and a renowned expert in raw milk production. He has spoken in over 15 states and three countries on the topic of raw milk. He advocates for expanded freedom nationwide to produce and sell raw milk, and continues to fight the government in his own home state to protect raw milk freedom (http://www.organicpastures.com/).

David Gumphert has long been an outspoken advocate for raw milk and food freedom. His book, The Raw Milk Revolution: Behind America’s Emerging Battle Over Food Rights, highlights the persecution and prosecution of raw milk farmers, cooperative members, and consumers (http://www.davidgumpert.com/). He also runs the popular online health journal The Complete Patient, which covers the full gamut of pressing health freedom issues (http://www.thecompletepatient.com/).

Filmmaker and raw milk advocate Max Kane is currently embroiled in a legal battle with the state of Wisconsin over his refusal to release the identities of individuals who legally obtain raw milk through buying clubs (http://rawmilkparty.com/). He is currently finishing up a film called Milk Men that highlights his struggles in defending and preserving food freedom (http://www.youtube.com/watch?v=dLJ_…).

Organic farmer Michael Schmidt has had his Canadian farm targeted and raided by officials on several occasions, and has even had equipment and animals destroyed in the process. An expert in biodynamic organic farming practices, Schmidt has built quite a following in fighting back against government tyranny against food freedom, and continues to operate a cow-share program from his farm (http://www.realmilk.com/real-milk-c…). RSB recorded a special 3 segment interview that really gets to the heart of the reason that we stand for farm and food freedom!

Liz Reitzig is co-founder of the Farm Food Freedom Coalition (FFFC), a group pushing back against unreasonable and excessive government regulation of food. She also coordinates the Grassfed on the Hill buying club in Washington, DC (http://grassfedonthehill.com/), and contributes regularly to the Liberation Wellness Blog (www.liberationwellnessblog.com). 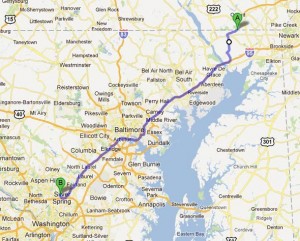 Farms in the city could be the supermarkets of the future… http://www.cnn.com/2011/10/29/world/europe/holland-park-supermarket/index.html?eref=rss_health&utm_source=feedburner&utm_medium=feed&utm_campaign=Feed%3A+rss%2Fcnn_health+%28RSS%3A+Health%29&utm_content=Google+Reader

Do you want to reverse Low-T naturally? Dr. Theresa Dale can help you! http://www.naturalhealingpro.com/

In case you missed my broadcast from Sunday (10/30/11) on GCN from this past Sunday, you can still listen to it here: http://www.gcnlive.com/programs/robertScottBell/ Guests included Joan Shenton and Liam Schefff discussing HIV mythology and the documentary film “Positively False: Birth of a Heresy.” Also, Mike Adams dropped by to preview the Raw Milk Freedom Riders and his ongoing expose’ of Adya Clarity: http://www.robertscottbell.com/?p=5002