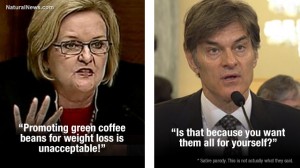 Thursday on The Robert Scott Bell Show 3-5PM EDT: Dr. Oz is accused of being a dietary supplement sellout – but who’s the real sellout? Could it be Senator Claire McCaskill? We’ll talk with the Health Ranger, Mike Adams, about the monumental waste of time, money and energy expended in the Senate attacking natural medicine promoters. Why not ask Sen. McCaskill if there is a drug for being $17 trillion in debt? Or might there be a non-government sanctioned solution to that as well? Have you ever noticed how Wikipedia censors information about unapproved natural cures for diseases like cancer, MS and more? Now you have an opportunity to fight back with truth of your own, unconflicted by the church of pharmaceutical mysticism! Welcome to Wikitruth! Is it possible to be addicted to tanning? Will the Swedes really ban homework? Why is Republican billionaire operative Sheldon Adelson funding a campaign against Amendment 2 in Florida? What does he have against medical marijuana? Or is the access to the plant threatening his ability to synthesize and patent it for MS? We have an update on cannabis for PTSD in Israel! And just how bad is Splenda? RSB appeared on the Jerry

Doyle Show yesterday and revealed how to reverse Type 2 diabetes, once again! Paul Barattiero returns to discuss the transformative power of ECHO water to restore metabolic balance in the body! Finally, thank goodness that K-Mart can help you ship your pants! Call with your questions at 1-866-939-2355. Listen in at www.NaturalNewsRadio.com.

Question/Comments of the Day: You mentioned in a previous broadcast about how autistic children displayed a loyalty to their caregivers. I can’t find anything on this but believe you’re onto something big and it explains why sheeple that have been toxically injured display a blind allegiance to the establishment and tend to pick up a collectivist mindset. As in the more toxically injured you are the more you vote for Big Government as in Democrat or even Communist. Probably because you need so much more help for your toxic injury. No wonder so many healthy young people voted for independent libertarian Ron Paul. I’m fascinated with this idea that toxic injury makes and captures the sheeple in an establishment loyalty death grip with all loss of independent thought. This is inconceivable to me but is all around me as in 90% of the population.  thanks ~ Dan Golay 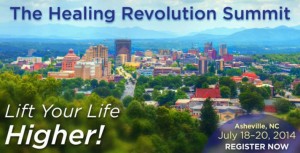 Senator who attacked Doctor Oz over dietary supplements received over $146,000 in campaign contributions from Big Pharma mega-retailer and Monsanto – NaturalNews.com

Have you seen the new TruthWiki yet?

Hemp seeds headed for Colorado seized at U.S.-Canada border Hundreds of pounds of industrial hemp seeds bound from Canada to Colorado have been seized by federal authorities in North Dakota, marking the latest bump along the road to legalization of marijuana’s non-intoxicating cousin.

Soak Up the Sun? You May Be a Tanning Addict – NBC News.com

FDA Proposes Twitter Guidelines For Prescription Drugs – ABC News Tweeting about the most commonly prescribed drugs will be nearly impossible if new FDA guidelines on the use of social media by drug and medical device companies are adopted, experts said.

Ship my pants? Thanks K-Mart!

You can help get the Robert Scott Bell Show carried on your local talk stations! Just call the station and request they carry the show. Ask them to contact GCN by calling 877-996-4327 ext. 123 and asking for “John” who manages the affiliate broadcast relationships. John can get any local AM

or FM radio station connected with the global feed so that they can carry the show.

Do you feel the call to help others who are not getting well with the help of modern medicine? Consider becoming a natural health provider! From