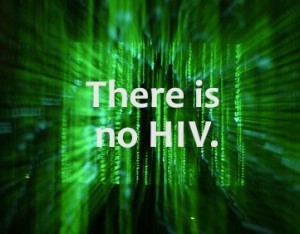 Foreward by RSB: Some of my listeners have written in to ask me what I think of the news story claiming that HIV can be used to modulate the immune system’s action against Leukaemia. I call bullshite. They make it up as they go along. No, they have not isolated it, but if they say you have it, rest assured that they can’t find it. But remember, you can test positive for it. And for pregnancy. And for the flu shot. And if you test positive on a non-specific cross-reactive (hiv) test, it means that you are going to die. Unless we can vaccinate you for it. Hold on a minute. Then you’ll test positive on all future “HIV” tests. Wait a second. Oh, hold on, that’s O.K., because those positive test results will be interpreted to mean that you will live. Or maybe that you have prostate cancer. Or it could be an old Buick that you once had, or didn’t, we’re not sure. But we are sure that HIV is the cure for leukaemia. Right.

See what I mean? Anyway, Dr. Etienne de Harven has asked that I go further, especially for anyone you know who ignores the ludicrosity of HIV tests and jumps to viral load test conclusions as evidence that HIV is real and it will do really bad things to you. Nonsense. Read on:

Measuring “Viral load” does not prove the existence of a hypothetical HIV.

When PCR methodologies are clinically applied to measure the so-called “Viral load”, results do not permit to quantify, in any way, the number of HIV particles hypothetically present in the circulating blood of AIDS patients.  Demonstrating retroviral particles using the electron microscope, directly in patient’s blood samples, and without any passage through cell culture systems, would be definitely more convincing to demonstrate at least their presence, if not their number. However, such a demonstration has never been successfully achieved, even with samples originating from patients presenting a so-called “high viral load”. Embarrassingly, the clinical blood samples used for measuring the presumed “viral load” are usually obtained after low speed centrifugation of blood plasma, i.e. under conditions that would never permit to isolate any retroviral particles. Isolation of retroviral particles is never part of the procedures recommended to “quantify” HIV viral load. Even more surprising, when an ultra sensitive assay is used (the latest Amplicor procedure recommended by Roche that includes high speed centrifugation), the levels of viral load were found lower, not higher (Salimnia et al., 2005).

Under these conditions, what is actually measured as “HIV viral load” remains obscure. False positives cases had been reported for a long time (de Mendoza et al, 1998), and the uncertainty on the viral load assays interpretation had been stressed by many investigators (C. Johnson, 2001, R. Culshaw, 2007, H. Bauer, 2010, etc). Moreover, Kary Mullis himself, inventor of the PCR methodology, never stopped decrying the “misuse of PCR to quantify viral load” (Culshaw, 2007).

Actually, it has never been possible to verify the assertion according to which if the genetic sequence is there, then the virus is there, since in “the standard assay, nucleic acids are extracted directly from plasma samples, so any contaminating genetic material would be amplified”, as stated by Salimnia in 2005. If the genetic sequences are not originating from hypothetical retroviral particles (HIV), it appears necessary to provide an alternative understanding for the identification of retroviral nucleotide sequences in the plasma of most AIDS patients.

Such an alternative understanding is readily provided here, and was published in 2010 in the Journal of American Physicians and Surgeons (www.jpands.org/vol15no3/deharven.pdf).

The blood of patients suffering from advanced cancer or from serious infectious diseases contains measurable amounts of circulating DNA (P. Anker, 1999). This circulating DNA originates apparently from the degeneration of many cells by apoptosis, releasing in the peripheral blood cellular and nuclear debris. Such cellular fragments shall inevitably, in AIDS patients, be concentrated by the low speed plasma centrifugation used to prepare samples for measuring the so-called viral load. The presence of nuclear debris explains the variable amounts of DNA in these plasma samples.

Additionally, any human DNA contains approximately 8% of retroviral genetic sequences (Lower, 1996; Nelson, 2003, and the voluminous literature on Human endogenous retrovirus – HERVs). It is therefore inevitable that all circulating DNA molecules contain similar 8% of retroviral sequences, and that these nucleotide sequences will be identified and amplified by the PCR methodologies used in attempts to quantify the presumed viral load. Most unfortunately, finding these genetic sequences is interpreted, world-wide, as demonstrating the presence of the hypothetical HIV in AIDS patients blood, and, even worse, as a way to quantify the number of retroviral HIV particles!

Numbers expressing the levels of presumed “viral load”, in all clinical studies of AIDS cases, are most probably not related in any way to the hypothetical presence, and even less to the amounts, of phantom-like (i.e. not visible by electron microscopy) HIV particles. They most likely reflect the variable amounts of circulating DNA in the blood of these patients, DNA that inevitably contains retroviral sequences. These sequences represent endogenous retroviruses (HERVs) present in all our chromosomes (Nelson, 2003). They do interfere as “confounding factors” in all clinical studies on HIV/AIDS (Voisset et al., 2008), and their interference can no longer be ignored.

In addition, it is very likely that some seronegative patients suffering from advanced cancer or from severe infectious diseases would test positively for so-called “viral load”, in spite of the fact that their pathologies are totally unrelated to the hypothetical HIV. Unfortunately, this important control study has apparently never been achieved.

Conclusively, retroviral genetic sequences do not demonstrate the presence of the hypothetical HIV in the blood of AIDS patients, since the finding of these genetic sequences can be very likely explained by variable amounts of circulating DNA. Interpreting these genetic sequences as proof of the existence of HIV was perhaps the only argument available to all those, in AIDS research, who support the existence of HIV. The analysis presented here raises serious questions about this interpretation, therefore consolidating the notion that HIV simply does not exist. This comes to no big surprise in view of the total lack of success in all efforts to isolate and purify HIV, as reported a long time ago by Lanka, Papadopulos and de Harven. The “existential” issue is not a trivial point to be debated only between retrovirologists! It is a key issue in public health policy because the totality of the monumental financial support is allocated, world wide, to support exclusively HIV research. The non-existence of HIV would make this a most dramatic case of complete misappropriation of research funding. 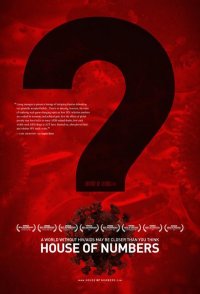