How did RSB’s school lecture on what precipitated the Holocaust go yesterday? Eerily well. The words “Never Forget” are quite important, yet incomplete, if we truly wish to avoid repeating history. We must also understand the circumstances that led to the calamitous tragedy. Once you do, our present looks quite different – maybe even frightening. Although fear can be dangerous, especially if you allow charismatic people to manipulate you with it, it can wake you to the symptoms of disease long before it manifests as a terminal illness. Are you willing to look honestly at what just happened in this recent non-election theater presentation? RSB shall endeavor to explain… 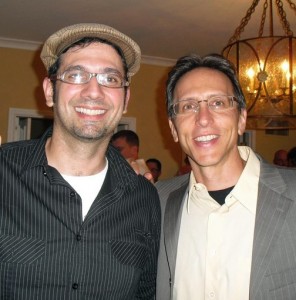 How are those elections working out for you? When was the last time that a federal election resulted in you having more freedom, not less? Michael Boldin is back with some post-election perspective on the great news coming out of Colorado, Washington state, Massachusetts, Montana, Wyoming and Alabama! The Tenth Amendment Center is the place to be! We’ll discuss the recent election where six state nullification measured actually passed! We’ll talk weed, heath care freedom and more! If you are not yet over voting, perhaps this discussion will get you there. Get ready to rock the political world; the power to nullify is yours! I’m a Tenther,  wouldn’t you like to be a Tenther, too? Read about the Nullification victories here.

Half the U.S. population apparently believes that the federal government exists to give them gifts. What did people vote for? Not reality, but the illusions of what the political establishment wanted them to perceive as reality. “People voted for two symbols. They voted for what they thought the candidates stood for. They voted for what they hoped the candidates stood for. The candidate, Obama, was perceived as representing what the government can do for the people. The candidate, Romney, was perceived as representing what people can do for themselves.” But what is the reality? Jon Rappoport returns to discuss that and the ease with which elections are rigged. He knows firsthand, having run against Henry Waxman in the 1994 Democratic Primary. He’ll tell the story for the first time on the air today! Is voting folly, futility or a combination of the two? We’ll deconstruct the election and find more important clues in the Tenth Amendment, courtesy Thomas Jefferson and James Madison as well! Read about the BIG VICTORIES UNDER THE RADAR TUESDAY NIGHT!

Welcome to America, where growing a garden in your yard is a crime. Can we have a little local nullification, please?

What’s the real takeaway from the most recent presidential election?

The Idiocracy of the 2012 election according to the Health Ranger…

If this is hazardous to your health, Mitt Romney is in big trouble. And so are the Jets.

What could be more deadly than this?

For every hour you spend doing this, you lose 22 minutes of your life?

Republican Mitt Romney and the establishment Republicans deserved to lose. Remember this?

Do you have a campaign hangover?

The ten steps to tyranny under Obammunism Getting from today’s America to an oppressive, tyrannical “Obammunism” police state is faster and easier than you think. Here’s how it might unfold, in review:

“This is not mere conjecture, this is HISTORY, and history is doomed to repeat itself, especially among those who are ignorant of it.” – Mike Adams, the Health Ranger

In case you missed my RSB’s Sunday broadcast (11/04/12) on GCN http://www.robertscottbell.com/?p=8623 LIVE remote broadcast from from the Celebration of Life Holistic Health Festival at The Om Bookstore in Eustis, Florida,you can download the archive here: http://www.gcnlive.com/programs/robertScottBell/archives.php Also, here is the iTunes feed for Sunday RSB Show broadcasts: https://itunes.apple.com/us/podcast/gcn-robert-scott-bell-show/id392503709