Hour 1 – Mike Adams, the Health Ranger, returns to discuss the Raw Milk “Terrorists” and the Tortuous Prison System as James Stewart experienced it and More!

NaturalNews can now report that 65-year-old senior citizen James Stewart, a raw milk farmer with no criminal history, was nearly tortured to death in the LA County jail this past week. http://www.naturalnews.com/035208_James_Stewart_torture_county_jail.html

“Yes, it was torture. Maybe not the worst thing you’ve ever heard of or seen in movies, but what would you think if you were painfully cuffed with your hands behind your back, shackled so you couldn’t move, deprived of sleep, water, and food, and then flooded with raw sewage containing feces, cut off from family and friends and your lawyer, lost in the system for a few days.” – Jon Rappoport http://jonrappoport.wordpress.com/2012/03/11/raw-milk-seller-tortured-in-jail/

Texas A&M Researchers Create Goat With Malaria Vaccine In Her Milk – but the trick is that it must be consumed raw! I thought that the government declared raw (real) milk dangerous and unfit for consumption! I guess if it contains malaria vaccine then it suddenly becomes safe? Can this bizarre government-vaccine-media complex get any more bizarre? http://www.kbtx.com/home/headlines/Texas_AM_Researchers_Create_Goat_With_Malaria_Vaccine_In_Her_Milk_141985883.html

FBI in the process of creating a system for monitoring all conversations on social networking sites The latest onslaught comes from the FBI, which is only the most recent federal agency seeking to monitor all of your conversations on sites like Facebook and Twitter. The bureau has placed a request from tech firms to develop a program that would enable agents to sift through waves of “publicly available” information, ostensibly to look for keywords related to terrorism, criminal activity and other threats to national security. http://www.naturalnews.com/035207_FBI_surveillance_social_networking.html

USDA Defends Decision to Include ‘Pink Slime’ in School Lunches The Department of Agriculture has been left scrambling to defend its intentions to buy some 7 million pounds of the beef trimmings known as “pink slime” for use in school lunches. The agency has reiterated to media outlets, including The Daily, that all food products purchased for use in the National School Lunch Program “must meet the highest standards for food safety,” as quoted by USA Today. http://news.yahoo.com/usda-defends-decision-pink-slime-school-lunches-182400391.html 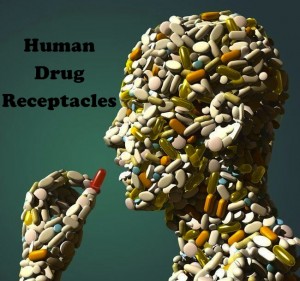 Survey Shows People Have Little Time for Healthy Habits “Lack of time seems to be the key reason why only 12 percent of American adults regularly practice such healthy habits as eating right, exercising, and brushing and flossing their teeth, according to an American Heart Association (AHA) survey.” Why is there a lack of time? Hmmm. RSB might have something to say about that… http://news.yahoo.com/survey-shows-people-little-time-healthy-habits-210407631.html

FDA asks experts if pain drugs get second chance “U.S. drug regulators are asking experts for advice on whether companies should restart clinical trials for painkillers that help people with osteoarthritis and other conditions, but can destroy joints.” What is it about destruction of joints that would not be even more painful? http://news.yahoo.com/fda-asks-experts-pain-drugs-second-chance-121658904.html

HIV pill for prevention debated as FDA ruling nears “An advocacy group concerned about costs and possible health problems related to a drug being considered to help stop the spread of HIV infection to healthy people has asked U.S. regulators to delay or deny its approval.” “Any approach that relies on adherence for people who don’t have a disease is going to fail,” AHF President Michael Weinstein said at a press conference on Thursday. How about the fact that drugging healthy people to keep then healthy is absurd on its face? http://feeds.foxnews.com/%7Er/foxnews/health/%7E3/rQ1i4zSNf5A/

Pharma should invest more in anti-obesity drugs “Pharmaceutical companies should increase their investment in weight loss therapies to support the growing number of clinically obese individuals worldwide.” Obesity is not growing because there is a lack of anti-obesity drugs. Pardon me for pointing out the obvious… http://www.pharmatimes.com/Article/12-03-09/Pharma_should_invest_more_in_anti-obesity_drugs_-_report.aspx

Take This Pill And You Won’t Be A Racist? Sounds too good to be true, does it not? Just imagine how much strife might disappear if everyone on the planet took such a drug each day. In any event, a new study is suggesting that the use of propranolol, a widely used beta blocker that lowers blood pressure, can also lower racially biased feelings toward other people. http://feedproxy.google.com/%7Er/Pharmalot/%7E3/Z9pbPgrWzYw/

It’s finally here! Vaccines: Armed and Dangerous – All the Things They Don’t Want You to Hear! – with Jon Rappoport and RSB – Save $20 right now! “I downloaded the Vaccine seminar a couple of weeks ago, and I am about 90% thru it. I will be going over it the second time with my wife very soon. Great work! I was wanting a more cogent and hard hitting approach, but as I listened and considered what you were doing, I think it is genius! So many are unaware, and have not any understanding of these things; They need time to process the vast amount of information. Not to mention what you two took so great care in doing to transition people from vaccine delusion, to vaccine truth.” – John Barker http://programs.webseed.com/Vaccines_Armed_and_Dangerous.htm