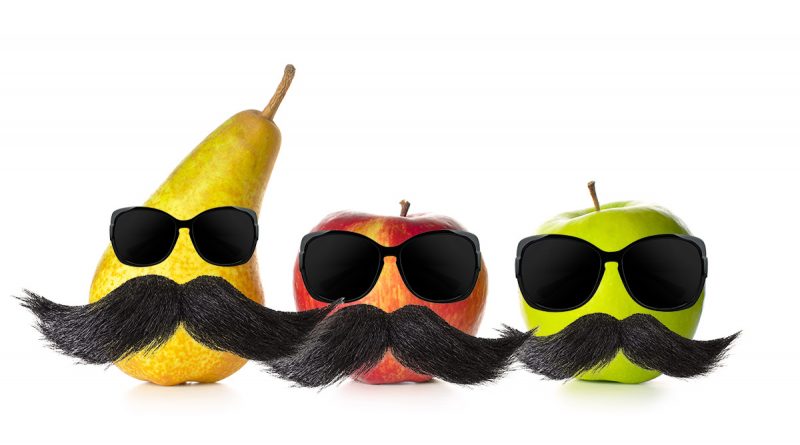 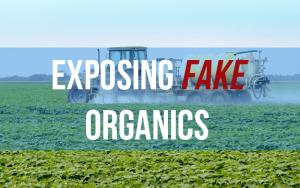 The feds are definitely aware of the problem, but they aren’t doing a thing about it. Action Alert! Organic corn exports from Turkey to the US have exploded. Compared to the same six-month time period in 2015, the dollar value of organic corn imports from Turkey during the first six months of 2016 increased by 500%. Organic soy imports from Turkey in the same period increased by an astounding 3600%. Unfortunately, there’s a very good chance that these millions of bushels of corn and soy aren’t actually organic at all, and federal regulators—unlike their counterparts in other countries—do not seem concerned in the least.

The creator of Natural News join us to discuss how Google has blacklisted Natural News… removed 140,000 pages from its index… calling them “memory holes” Natural News investigative articles on vaccines, pharma corruption, fraudulent science and more.

RSB, I love pineapple on pizza! But since it is generally served with bacon, Canadian bacon or ham I wouldn’t order it because I have never found organic pork. Is there such a thing as pigs fed organic? Since they don’t eat grass alone, what is the natural diet of a pig?

For that matter don’t see organic pineapple at my local Safeway, might be at Whole Paycheck though.

The House Agricultural Committee approved House Bill 773 with a unanimous 7 to 0 vote. The measure makes it so that “No person shall be subject to any civil or criminal sanctions in this State for planting, growing, harvesting, possessing, processing, selling, or buying industrial hemp”. Hemp would be defined as having no more than 0.3% tetrahydrocannabinol (THC, the active ingredient in cannabis).

A group of six high-ranking U.S. Senators and House members from both sides of the aisle issued a statement Tuesday supporting the safety and effectiveness of FDA-approved vaccines. The statement comes after reports that President Donald Trump has shown some support for the widely discredited “anti-vaxxer” movement.

350 medical groups are lobbying Trump to accept toxic vaccines as “safe” … even when they contain mercury.

A ferret netted its owner a driving ticket after the driver was pulled over during a 24-hour traffic stop in Canada. The ticket was one of 2,442 citations handed out by Edmonton police during its “big ticket event,” when police cited the driver for distracted driving for wearing the ferret around his or her neck.

Hour 2 ~ Outside the Box with Ty Bollinger!

The Truth About Cancer Producer joins RSB to talk about the implications of the latest heath headlines. 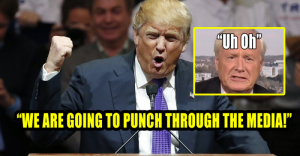 Everyone’s free to have opinions about Trump and his state of mind. However, to blame his temperamental, spasmodic, unpredictable — or whatever adjectives you prefer — behavior on an unchecked venereal disease, aka STD, is as cockamamie as it comes. An expert’s opinion floating the possibility that Donald Trump’s erratic and bellicose behavior is likely the result of an untreated sexually transmitted disease is, like others opining on his mental status, an armchair diagnosis. A report that counters these notions about President Trump’s mental fitness says it sends a dangerous precedent.

Samuel Girod, an Amish farmer from Lexington, Kentucky, will go to trial on February 27th, charged with conspiracy, distributing misbranded drugs, and threatening a witness. The reason: he makes a healing salve, an ointment he’s been producing for over 20 years, and the Food and Drug Administration isn’t happy about how he markets it. Girod became a targeted individual of the federal government’s FDA, since someone from Missouri, in 2013, reported the Amish man to the state health department. At issue, were claims the company made about its balm, which is made from ingredients like rosemary, beeswax, peppermint, chickweed, eucalyptus oil, olive oil, lavender oil, and comfrey.

As the Federal Government shows no signs of letting up on its ridiculous War on Drugs, Americans are starting to revolt at the local level even through local government officials. For instance, a recent announcement by Harris County D.A. Kim Ogg and Houston City officials is taking a step away from the caging of peaceful people with possession and use of cannabis. 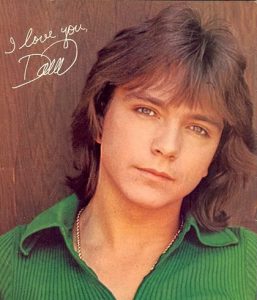 David Cassidy, the 66-year-old singer and actor, says he is battling dementia.The former teenage heartthrob told People magazine that dementia runs in his family, affecting both his grandfather and his mother.

When Smith makes her morning tea and her husband’s “bulletproof” coffee, Kerrygold is the butter of choice. Or it was, until the self-styled “pure Irish butter” started vanishing from store shelves. “I want to please ask whoever it is that’s preventing me from getting butter in our stores here to stop it, to stop it,” Smith said. The issue here is an obscure state law from the 1970s that requires all butter sold in Wisconsin to be tested by a panel of experts and issued a letter grade for quality.

Bioterrorists could one day kill hundreds of millions of people in an attack more deadly than nuclear war, Bill Gates will warn world leaders.