Also, Dr. Carolyn Dean joins me to squash the use of ADHD drugs with nutrition and homeopathy. Keep Kids Off Drugs: http://drcarolyndean.com/2012/01/keep-kids-off-drugs/ Homeopathy for Children’s Emotional Health: http://www.naturalnews.com/031325_homeopathy_children.html 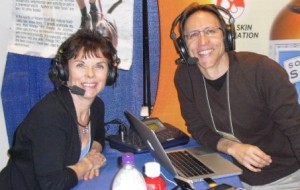 Are you going to the Health Freedom Expo? http://healthfreedomexpo.com/site/

Liam Scheff and a roving Christopher Walken imitation take apart issues from Amalgam Virgo to HIV testing…to the question of Israeli (Mossad) intelligence involvement with the exploding twin towers on 9/11. Liam, who is featured in the smashing documentary “House of Numbers,” talks about receiving notes from people who test HIV positive – and negative – often at the same time. We talk about the realities we encounter when facing the make-believe put forward by our propagandized culture. Links:

E-mail question: “My husband heard part of the radio show where you were talking about a product that will remove the heavy metals from your system.  What is the name of this product, how do you order it, how much do you take, and what is the cost?  Thank you.” ~ Diane –- RSB answers on the air!

Super Don and RSB will review last night’s Republican Primary debate so you don’t have to! What is conservatism? Ron Paul provides perspective. What does Gingrich want to do with Cuba? You will not believe his answer!

Quote of the Day: “We need to get the government out of the way. Inflation hits the middle class and the poor the most. Those are the people who are losing it. We don’t have enough competition. There’s a doctor monopoly out there. We need alternative health care freely available to the people. They ought to be able to make their own choices and not controlled by the FDA preventing them to use some of the medications. ” ~ Ron Paul

Common Medications you should never give to your children… http://www.nannyclassifieds.com/blog/2012/01/10-common-medications-your-child-should-never-take/

What about some homeopathic remedies for children? Dr. Dean and RSB will discuss Aconitum for anxiety; Gelsemium for exam stress/fear; Lycopodium for other fears; Natrum muriaticum for rejection; Staphysagria for humiliation; Lachesis for jealousy; Ignatia, Sepia and Pulsatilla for different aspects of sadness.

Did you know that Ron Paul is the only congressman to ever hit a real home run at the annual congressional baseball game? http://sports.yahoo.com/blogs/mlb-big-league-stew/ron-paul-stars-astros-rainbow-uniform-76-congressional-135224691.html

Newt Gingrich says that the dog ate his homework! Well, not actually, but he claims that he cannot find the critical Freddie Mac contract where he answered to the chief lobbyists there. http://www.bloomberg.com/news/2012-01-24/gingrich-firm-releases-2006-freddie-mac-contract-as-rivals-raise-pressure.html

In case you missed my broadcast from Sunday (01/22/12) http://www.robertscottbell.com/?p=5485 on GCN from this past Sunday, with Kevin Boulton (Organic Racing Team) and RSB on SC Primary and Ron Paul realities, forced birth control for religious institutions, vaccine detox and more, you can still listen to it here: http://www.gcnlive.com/programs/robertScottBell/archives.php