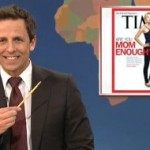 Plume-gate: Secret documents prove global cover-up of continued Fukushima radiation pollution “A Freedom of Information Act(FOIA) request filed by Friends of the Earth (FoE), Physicians for Social Responsibility (PSR), and the Nuclear Information and Resource Center (NIRS) has unearthed a shocking series of new evidence proving a deliberate, global cover-up of the true severity of the Fukushima Daiichi nuclear disaster.” Are you doing all you need to counteract the increasing levels of background radiation in the Northern Hemisphere?  http://www.naturalnews.com/035847_plume-gate_Fukushima_radiation.html

MMR and autism: Italy’s courts get involved “An Italian health news website seems to have reported that an Italian court has ruled that an MMR vaccine caused autism in a child. I am relying on a Google Translate translation of the piece, as I speak no Italian, but it appears that the court has upheld an appeal from the parents for the Ministry of Health to pay compensation “for irreversible complications caused by a vaccination” (“per complicanze irreversibili causate da una vaccinazione”).” Of course vaccines damage children and adults. Now, even the Italians know it… http://www.fiercevaccines.com/story/mmr-and-autism-italys-courts-get-involved/2012-05-10

FDA reviews first rapid, take-home test for HIV “The Food and Drug Administration is considering approval of the first over-the-counter HIV test that would allow consumers to quickly test themselves for the virus at home, without medical supervision.” Who needs medical supervision when the tests detect no such virus? Maybe the doctors are fictitious as well? That would make sense… http://news.yahoo.com/fda-reviews-first-rapid-home-test-hiv-164659379–finance.html

AIDS fight enters new phase with prevention pill “Condoms and other safe-sex practices have accomplished only so much. Now the 30-year battle against AIDS is on the verge of a radical new phase, with the government expected to endorse a once-a-day pill to prevent infection with the virus.” Disband the FDA, CDC, NIH and any other governmental or non-governmental agencies who still promote the completely unfounded idea that there is a single retrovirus that causes immune collapse in 6 months, er, 3 years, no wait, 5 years, uhhhh, 10-15 years, maybe 30 years… http://news.yahoo.com/aids-fight-enters-phase-prevention-pill-202233233.html 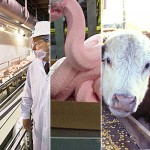 9 most sickening food ingredients “News about gross-out ingredients like pink slime and ammonia (more about both later) got us thinking: What other surprises lurk in the food we eat? We put that question to food safety as well as food manufacturing experts, and it turns out all kinds of things go into refined and processed foods that you wouldn’t willingly put in your mouth. Here’s a few…read at your own risk!” Gelatin, Mechanically separated meat, Carbon monoxide, Shellac, Saltwater injections, Viruses, Ammonia, Pink slime, Bisphenol A, – what did they leave off the list? http://feeds.foxnews.com/%7Er/foxnews/health/%7E3/ZiPiRzqLuEA/

Industry defends ingredient critics deride as ‘meat glue’ “The U.S. meat industry on Thursday defended an additive that critics have called “meat glue,” saying the enzymes are safe, natural and not being used to deceive consumers…” Meat glue is good for you! It is being used to hold the MyPlate.gove together… http://feeds.foxnews.com/%7Er/foxnews/health/%7E3/frC9urIANyw/

Federal government teams up with Big Pharma to scrounge up new uses for failed drugs “Rather than let these failed drug compounds go to “waste,” why not have the taxpayers fund research into discovering new uses — any new uses — so that Big Pharma can recoup its losses and gain much, much more in profits? This, of course, is the mindset of HHS Secretary Kathleen Sebelius, who told reporters the goal of the project is to “teach an old drug new tricks.” Is that the solution to the bad economy? Just let the government figure out new uses for old and dangerous products… http://www.naturalnews.com/035845_government_Big_Pharma_failed_drugs.html

CDC: Half of young adults get sunburned “Half of U.S. adults under 30 say they have had a sunburn at least once in the past year, a government survey found – a sign young people aren’t heeding the warnings about skin cancer.” Of course, I do not advocate sunburn; but considering that the sun helps to prevent skin cancer, I think that what we have here is a failure to communicate…  http://feeds.foxnews.com/%7Er/foxnews/health/%7E3/RVKrenQ5Reo/

Seniors need vaccines other than flu shot “Vaccines and immunities — including shingles, tetanus, diphtheria and pertussis — wear down as people age, U.S. health officials say.” Immunity does not wear down, people do by doing stupid things like vaccines…  http://pheed.upi.com/click.phdo?i=da3e74d4bc06a10b18f338c0e3f43b74