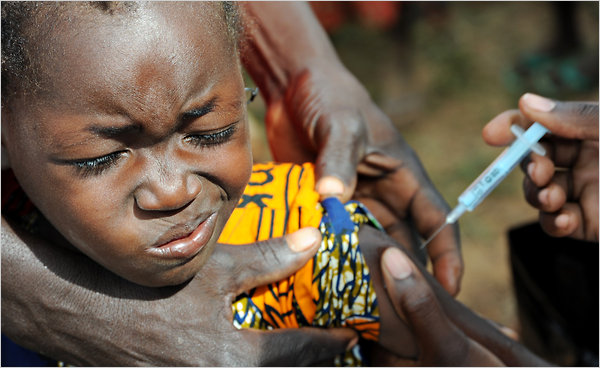 Health workers are preparing to vaccinate more than 116 million children against polio across West and Central Africa in a drive to contain an outbreak of the disease in conflict-hit northeast Nigeria. Vaccination teams are aiming to reach every child under five in 13 countries from Mauritania to the Democratic Republic of Congo, the Global Polio Eradication Initiative (GPEI) said on Friday.

Republican leaders have abruptly pulled their troubled health care overhaul bill off the House floor, short of votes and eager to avoid a humiliating defeat for President Donald Trump and GOP leaders. House Speaker Paul Ryan, R-Wis., withdrew the legislation after Trump called him and asked him to halt debate without a vote, according to Ryan spokeswoman AshLee Strong. Just a day earlier, Trump had demanded a House vote and said if the measure lost, he would move on to other issues.

Hi Robert, I was wondering about your silver/aloe protocol. Is this protocol able to bust through biofilm? Also, do you have any testimonials/reviews of this protocol. I would really like to do this but I would like to see how others have done on this and to see how they felt on it. I’ve also come across another protocol for candida and it is using mycozil and probiotics in conjunction. I’m kinda leaning toward your protocol instead of that one but i just wanted to see some reviews/testimonials before i go through with it. Thanks so much for the info.

Hi Robert, I have a tumor found in my lung it’s 2.4×2 cm. Pet scan shows its worrisome for malignant. It’s not spread to anywhere yet if it’s a cancer. My doctor advise me giving and option for surgery or biopsy. I chose biopsy. Can you give me your opinion on it. Weather I go for surgery or not. I’m scheduled for biopsy April 5, 2017. But I’m sort of in the middle now we their I cancel it or not.please help me. I’m still young I’m not a smoker. But I’m expose to chemicals at work and asbestos. Thank you so much. God bless you.

A woman was appalled to find what she believed to be “teeth” inside her barbacoa tacos over the weekend, and when she shared a photo of the odd meat it quickly went viral.

Hey Robert,
I love your show and how passionate you are in regards to helping people retake control of their health. I was wondering if you have a cleanse you’d recommend for someone looking to “clean up their act”, such as a digestive cleanse? 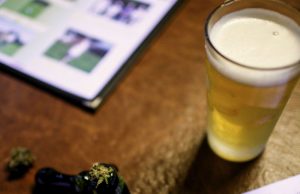 American presidents and poets have long expressed their love of beer. Abraham Lincoln said he firmly believed the people could be depended upon in any national crisis, as long as they were given “the facts and beer.” Edgar Allen Poe wrote an ode to the stuff, and Charles Bukowski called brew his “continuous lover.” Yet more than a quarter of American beer drinkers have switched to marijuana, or would switch if it was legally accessible, a new report finds.

Special Guest: Paul Barattiero, founder and CEO of Echo Water systems. You can learn more and get your own at https://robertswater.com/echo-9-ultra-h2

When you are constantly barraged with news of the “obesity epidemic” it’s easy to think Americans are guzzling themselves to death with sugar and aspartame-laden drinks. But it looks like an eye-opening critical mass has taken place. For the first time in modern memory Americans chose bottled water over soda pop in 2016 – and hydration over obesity.

“Normally, I need a cup of coffee ASAP to get my motor a’ runnin’, but I’ve been waking up refreshed, and with more energy than normal.” -Day 10 When Wil Fulton, a journalist at Thrilist, embarked on the Water Gallon Challenge he didn’t expect the results he got. Some of the things he expected — more energy, better skin — came true, but he actually wound up with more than he bargained for.

The internet is arguing about pulp in your orange juice and now you have to pick a side….