Obamacare is dead! Long live Obamacare! How’s that for schizophrenia on the Federal level? The mandate is unconstitutional as it relate to the Necessary and Proper and Commerce Clauses, but Constitutional under powers of taxation. Is this the start of a new slave revolt? We’ll see. On some level, it matters not whether Obamacare is considered constitutional or unconstitutional. The real issue is whether the American people will stop looking to the Federal government for permission to do that which has always been their birthright. Even prior to Obamacare, the Republicans, sans Ron Paul, were in lockstep support of Monopoly Medicine. The only thing that would change is the escalation of pharmaceutical violence against the people with the new mandate to require participation. Participation in what? The 3rd leading cause of death in America. Don’t believe me? Consult the Journal of the American Medical Association (JAMA 2000). Jon Rappoport puts it in perspective here: http://www.robertscottbell.com/government/the-devastating-truth-behind-obamacare-by-jon-rappoport/ Say thanks to George W. Bush for appointing his pharmaceutical stooge Chief Justice John Roberts. What are you going to do about it, considering that Mittens Romney set this ball in motion with medical mandates in Massachusetts? Here’s the announcement: http://hosted.ap.org/dynamic/stories/U/US_SUPREME_COURT_HEALTH_CARE?SITE=AP&SECTION=HOME&TEMPLATE=DEFAULT&CTIME=2012-06-28-10-17-22

Parental Adivosory on today’s RSB Show. Why? Because the Three Aminos are back together! Cover your ears and hide the kids!

First, Richard Pearl digs into HIV tests and wonders if there’s anything to it. Then “Michael York” and Liam Scheff chime in on the true history and reality of HIV testing. What an absolute mess! https://www.createspace.com/3882976 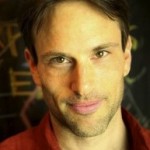 Then, is The RSB Show is about to go HuffPo? No! But we’re arming our band of citizen journalists to write short 3 to 5 hundred word pieces for the soon-to-be revamped RSB website. You’ll write the news! Stay connected for updates on how you can participate and spread the message of health freedom wherever you are on planet earth.

Would you believe that the FDA wants to kill you – again? This time under the guise of the war on fat! How many more drug attacks can you take? Even without drugs, every medical phrase is couched in terms of warfare. Richard defends fat and talks furry walls, before we get into some economic healing. What is going on with PIGS and the Euro? Will there be hyperinflation or controlled dollar demolition? What can you do to protect yourself and your loved ones? If you’re hungry, head on over to Simply Natural Organic Restaurant! Pearls of Health are waiting for you! https://www.facebook.com/simplynaturalcafe and http://www.wbzt.com/pages/programmingschedule.html?feed=122810&article=6137031

For more stories we may cover today, see them here:

Did Merck lie to the government about their Mumps vaccine efficacy? Without a doubt. But what do you expect from the demon spawn of Nazi Germanys I.G Farben? http://www.courthousenews.com/2012/06/27/47851.htm

“Audit the Fed” bill advances in the House! http://www.washingtontimes.com/news/2012/jun/27/audit-fed-bill-advances-house/

What is the devastating truth behind Obamacare? Jon Rappoport reveals it! http://www.robertscottbell.com/?p=6722

Calorie does not equal calorie. How long did it take TIME Healthland to figure that out? http://healthland.time.com/2012/06/27/calorie-vs-calorie-study-evaluates-three-diets-for-staying-slim/

Need more evidence that the allopathic medical profession is a war-supporting system? They continue to declare and unconstitutional war on fat, with or without drugs. Not kidding. http://www.pharmalot.com/2012/06/expert-panel-says-fight-fat-without-drugs/

If a doctor prescribes a drug for diabetes, would it be reasonable to expect that it might reduce risk of death for the patient? Evidently not. http://www.medicalnewstoday.com/releases/247069.php

“The Road to Serfdom: Despotism, Then and Now” will be taught by Thomas J.  DiLorenzo https://academy.mises.org/courses/the-road-to-serfdom-then-and-now/

Whatever Happened to Penny Candy? http://www.bluestockingpress.com/whatever-happened-penny-candy.htm

Swine Flu in 2009 likely caused 250 quadrillion deaths according to the CDC and WHO. Why do they make such $%!+ up? http://ca.news.yahoo.com/swine-flu-likely-claimed-quarter-million-lives-study-232858163.html

Yesterday was National HIV Testing Day! Only the government could lie about a medical test so blatantly that it would gain its own government sanctioned web site. What section of the Constitution authorizes it? http://aids.gov/news-and-events/awareness-days/hiv-testing-day/