Are you increasing your selenium levels yet? Dangerous levels of radiation are heading to the West Coast of the U.S., with some reports showing significant spikes in sea foliage contamination. While most of your neighbors still have their ears stuffed with the cotton balls of Big Pharma, you can protect your family with simple dietary supplemental shifts. Speaking of nuclear radiation, have you been Thunderstruck? Iranian nuclear plants were shut down recently by hackers. We’ll cover what makes this story even more unusual. Also, would you like some heavy metals with your FDA approved medication? And we thought that the drugs were already dangerous enough. How about allergies? Say good-bye to them on today’s broadcast!

Dr. Keith Scott-Mumby, MD, MB ChB, PhD, The World’s “Number One Allergy Detective” joins The RSB Show today to go where few physicians will in acknowledging the real cause of allergies! Did you know that doctors cause a lot of them? Where is all this really coming from? Inflammation is an insidious disease process that goes on in all tissues and organs and greatly accelerates change and decay. Most of the diseases which are hallmarks of decay and aging have a strong inflammatory component. Cancer, heart disease, arthritis, arteriosclerosis, Alzheimer’s disease and diabetes (yes, you read those last two right)… these are all, essentially, inflammatory diseases. Learn more in Dr. Keith’s new book: “Diet Wise.” Raving reviews are in from Dr. Doris Rapp and Dr. Jonathan Wright! http://dietwisebook.com/

Liam Scheff http://liamscheff.com/ returns! RSB hopes to open the phone lines to a pharma PR firm partnering with drug stores. Why? They evidently plan to do horrific things to children in the name of protecting them from disease! Just how far will the vaccine industry go in getting your kids injected? What’s with the new advertising campaigns aimed at tweens and pre-tweens? Liam also jumps back in

for a segment about patriotism and how to defend ourselves from an increasingly totalitarian government – and he plans to share his new religion with the world. Remember, a new “Liam in Three” premieres after The RSB Show today! http://www.youtube.com/playlist?list=PL91B99E9DB0572B23&feature=plcp

Would you like some heavy metals with your FDA approved medication? http://www.pharmalot.com/2012/07/heavy-metals-in-your-drugs-usps-zaidi-explains/?utm_source=feedburner&utm_medium=feed&utm_campaign=Feed%3A+Pharmalot+%28Pharmalot%29

See here: “I am writing you to inform you that our nuclear program has once again been compromised and attacked by a new worm with exploits which have shut down our automation network at Natanz and another facility Fordo near Qom,” the email sent by the Iranian scientist to Hypponen and published on the F-Secure blog states. The scientist added: “There was also some music playing randomly on several of the workstations during the middle of the night with the volume maxed out. I believe it was playing ‘Thunderstruck’ by AC/DC.”

Official medicine groups in Australia are on the attack against vaccination education groups! http://m.dailytelegraph.com.au/news/doctors-unite-to-smash-the-anti-vaccine-group/story-e6freuy9-1226431497313 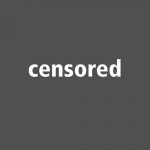 It’s official. The mainstream media is a tool of the establishment! NY Times admits it submits quotes for approval before publishing. To whom? Barack Obama and Mitt Romney. Their defense? Everyone does it! Where do you get your news? http://endoftheamericandream.com/archives/the-new-york-times-admits-that-virtually-every-major-news-organization-allows-the-news-to-be-censored-by-government-officials

Dangerous levels of radiation heading to U.S. West Coast, according to scientists. http://www.naturalnews.com/036571_Fukushima_radiation_West_Coast.html

Did you know that the government funded the alleged Aurora Colorado Batman shooter? http://www.informationliberation.com/?id=40299&comments=0