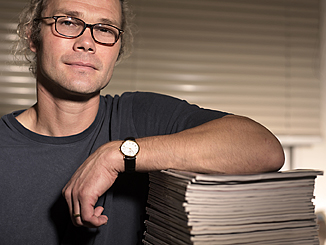 Sunday on The Robert Scott Bell Show 1-3PM EDT:
RSB is joined by Chris Exley, Professor of Bioinorganic Chemistry at Keele University in Staffordshire, UK. Professor Exley, will shortly be releasing a though provoking new aluminum campaign video, in conjunction with the “Makes You Wonder” campaign, to widen the public’s awareness of the dangers of aluminum and the various products and exposures that increase risk for aluminum related diseases.  If this campaign is successful, it will provide the evidence needed to conduct a trial in children, similar to the lead studies that were done in the 1970’s which resulted in the removal of lead from consumer products. You can help support his research by visiting https://www.futsci.com/
Though we may not achieve removal of aluminum with this study,  we will be able to quantify the health and cognitive effects of removing aluminum from children’s bodies, and in doing so, help increase the number of people who are concerned about the negative health effects that vaccines are having on their children.  Check the video out here!  Could people really be making a decision to avoid a pharmaceutical drug based off of becoming informed of the disastrous side effects?  A study sure thinks so, as they concluded media reports, raising safety concerns about osteoporosis drugs known as bisphosphonates, may have contributed to a notable sharp drop in their use over the last year.

What does work for body repair then?  Researchers have made a monumental discovery that cannabidiol (CBD) worked wonders for rats with broken limbs.  Could the blinders finally begin to be lifting regarding public knowledge of the detrimental effects of excess processed sugar?  Scientific Advisory Committee on Nutrition (SACN) has now publicly stated that adults should reduce their daily intake of sugar to no more than seven teaspoons or cubes.  And in a story bound to make all drinkers, young and old, rethink their less than flattering past experiences with alcohol intoxication, researchers have found that there are actually 4 different kinds of drink! 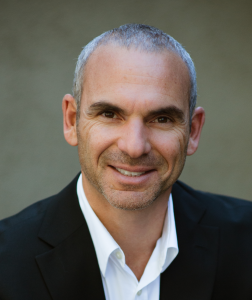 In Hour 2 RSB is joined by Jack Wolfson, a Paleo Cardiologist, and recently persecuted medical tyranny critic.  Dr. Wolfson is best known for starring on CNN during the measles fiasco a few months ago. Subsequently he was crucified by the media for being against vaccinations, and had a series of complaints filed against him, not by patients, but by doctors bidding to have his license revoked for his logical and staunch anti-vaccine views.  Today Dr. Wolfson will share the updates to his case, what he’s learned from the scavenging medical establishments tactics, and what he plans to do to continue to preach the gospel of vaccine truth, to all who will listen.  RSB will also be joined by Op-ED to review his recent article on the harrowing scandal this week from the cartel of Planned Parenthood, as their Senior Director of Medical Services, Dr. Deborah Nucatola, was caught in an undercover sting, admitting their organization has been actively conspiring to create and manage a black market surrounding the practice of abortion and the harvesting of the organs from the dead babies. [video here].  Shifting to the crisis of widespread obesity, a new study has found that obese people may never actually again attain normal body weight.  Lastly RSB will be shattering the calling card of every older sibling in the world, as a new study from the University of Illinois has found that birth order does not actually influence traits like personality or intelligence in any meaningful way.


As always, remember, The Power to Heal is Yours!