The Robert Scott Bell Show February 20, 2013 Did you miss today’s broadcast? Click here to download the mp3 and listen now.

When Sinbad Sailed the Seven Seas, I am sure he never sailed the Splenda Sea. What is that? It’s the ocean in the era of artificial sweeteners and synthetic drugs that cannot be metabolized by the human body, much less filtered by water treatment plants. Where did you think all that toxic chemistry would end up? What can we do about it? Maybe an APP from the CDC? Not likely, but we’ll cover that Taxpayer funded Germ Theory inspired technology as well. Is there any good news? Over the last 11 years of Bush and Obama, something has gone up consistently besides the debt! What is it? You’ll have to tune in and find out. And whether it’s FDA approved… 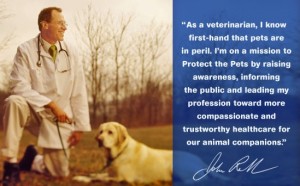 This story is incredible! Why is one of the largest chocolate candy manufacturers in the world upset with a doctor of veterinary medicine? PetSmart has vet offices in most of its stores that were recently purchased by the multinational junk food company M&M Mars to be secured as shot clinics. How many vaccines can you give an animal in one visit, making sure that the dose size is the same whether injected into a 100 lb Rottweiler or a 2 lb Toy Poodle? Who is Dr. John Robb? He is the vet who stands against the Mars multinational corporate disease making machinery. Protect the pets! The following story will reveal something about his character:

After college, I returned to the East Coast to begin my career. One of the internships I applied for was at a prestigious veterinarian medical center in New York. This was considered one of the best internships in the country.

During my interview, the head veterinarian asked me two questions. The first was a medical question which I answered easily. The second was more of a question of judgment.

“What would be the first thing you would do if this situation occurred?”

The doctor described a circumstance where a dog is brought in for a second opinion. The animal is receiving high doses of steroids for a presumptive ruptured disc diagnosed by the original veterinarian. On physical exam, it becomes clear the dog never had a ruptured disc, but instead has two ruptured cruciate ligaments in the hind legs. What do you do?

I answered that I would inform the owner of the misdiagnosis, but the head vet corrected me.

“The first thing you do is leave the exam room, call the other veterinarian and warn him about your finding and what the client might do.”

That was my first introduction to the “old boy’s network” that controls much of the practice of veterinary medicine and against which I would battle throughout my career.

If you would like to stand with Dr. Robb in protest of global corporate veterinary tyranny, you can do so at MARS North American NJ headquarters Wednesday, March 13th, at 800 High Street Hackettetstown, NJ, 1030AM until sunset, or however long you can participate. Picket and Protest! We will bring accountabilty! Stop Over vaccination, it is sickening and killing our children and pets! Email drrobb@protectthepets.com and let him know you will be there!

It’s time for Outside the Box Wednesday with Ty Bollinger! With what kind of appetizer would you like to begin our healing adventures today? How about the Top 10 heart stopping junk food creations! We can’t make this stuff up! Just when you though it was safe to go to the drive-thru, we hear the clippety-clop of Clydesdales, but why? It’s worse than you think, Eeyore. Maybe you should be a vegetarian? Careful with those veggie burgers! Do you really know what is in them? How many billions of dollars have been wasted through the phony research funnel controlled by the American Cancer Society? We are long overdue for a boycott, especially if you really care about ACTUALLY ending cancer! The science is in – for colorectal cancer, grape seed extract works much better than medically sanctioned toxic chemotherapy! Why are we not surprised? Where can we move if we want to eat organically grown food? How about the nation that wants to be the first one that is 100% organic? Is

America a fascist nation? Let’s ask the head of Merck’s $5 billion vaccine division, Julie Gerberding, who used to head up the government’s official marketing department for the vaccine industrial complex. Would you like an SSRI with your childhood shots? Maybe that’s why it’s so much easier to catch fish nowadays – they’re all on psychiatric medication and have lost the will to survive. Ty and RSB reveal it all today, as they go Outside the Box each Wednesday! Remember to plug into “58 Holistic Health Nuggets For A Healthy Family”, too. Ty’s websites include www.CancerTruth.net and www.SurvivalHerbs.com. Would you like to “Work With your Doctor” – Ty’s new book with Dr. Michael Farley at is on sale! Special thanks to Better Way Health and their Beta 1,3D Glucan for making this possible! They also have Krill Oil and the Samson single gear auger juicer! Call them at 1-800-746-7640!

FDA-approved drug overdoses have increased for 11 straight years. Where is the outrage? Where is Sen. Dick Durbin?

Where is the Splenda Sea? The real question should be: Where isn’t it?

Do you want to be a Germ Theory disease detective? The CDC has an APP for that. How ever will you know whether to quarantine, or talk to sick people, without it? Too bad that they do not have one developed by their toxicologists…

You will not believe these 10 heart stopping junk food creations! Open and view at your own risk.

Horse meat was not appetizing enough? It turns out it may have been from donkeys. Altogether now: That burger tastes like…

Don’t like donkey burgers? Beware of veggie burgers – they may not be much better! 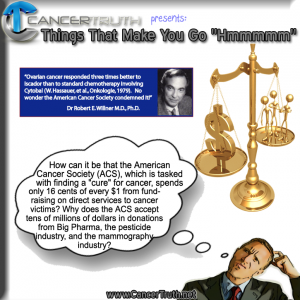 It is long past time to boycott the American Cancer Society. Can you say cancer charity scam?

Here’s the situation: Colorectal Cancer. Which would you choose as a remedy? Grape seed extract or toxic chemotherapy?

Would you like relocate to where organic food is plentiful? Try Bhutan.

Needing patience to go fishing is a thing of the past…

Would you like an anti-depressant with your vaccine? How about if we put it right into the syringe?

“The hideous BAM in Obama: map your brain for your own good” by Jon Rappoport

Almost a Moment of Duh? Why do resilient people seem to have more energy? Or do people with more energy more readily exhibit resilience?

What common chemicals are linked to osteoarthritis?