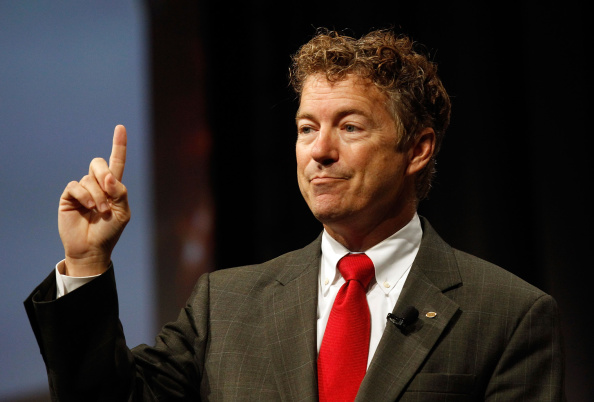 Monday on The Robert Scott Bell Show 7-9 PM EDT: Summertime is upon us and with it has come a resoundingly positive turn of events, as last night Rand Paul was successful in his initiative to halt the renewal of the National Security Agency’s authority to collect telephone metadata! Does this mean RSB just lost some of his most dedicated daily listeners?  It looks like the money & peace of mind we are saving with domestic spying winding down will also only further be compounded by another classic “Moment of Duh”, out of the Harvard T.H. Chan School of Public Health, who has cracked the case in regard to a finally finding a correlation between men with prostate cancer who eat a western diet heavy in red meat, cheese and sugary treats being more likely to die of their disease than those who consume mostly plants, whole grains and fish! Those elite institutions of academic prowess are really earning their keep! RSB is joined by free-lance investigative reporter and contributor to the show Jon Rappoport, to break down the scientific aristocracies new fallacious challenge, that Hippocrates was wrong when he said, “Let food be thy medicine and medicine be thy food”. When will a resounding state of health not be considered anecdotal?  Jon Rappoport will also help RSB dissect, something that is clearly not anecdotal thanks to google cache, the fact that the federal government has removed the latest vaccine injury court statistics consisting of more than a year’s worth of data from one of its publicly reported charts.

In Hour 2 RSB is joined by Dr. Rashid Buttar, for another information packed Advanced Medical Monday! To kick it off RSB & Dr. Buttar will put their collective knowledge to give us their expert take on an admission out of the Mayo Clinic that brain radiation may actually be more physically detrimental than the disease its being used to treat.  They will also be giving us their insight on the truth behind the efficacy and safety of Immunotherapy in regard to the treatment of skin cancer.  Lastly they will tackle an issue close to all of our hearts, the plague of child hood cancer.  Great news has arisen in a new study which shows the move to make cancer treatments gentler for children has paid a double dividend as more kids are surviving than ever before, and without the long-term complications that doomed many of their peers a generation ago.  Will the publishing of promising research like this continue to shake the dogmatic acceptance of radiological and chemical treatment protocols by oncologists and the scientific community?

My mother 8-Hydroxy-2-deoxyguanosine in OAT test range is low and I read its ROS activity in cell. How she can increase ROS since her nitric oxide is also low and pyruvate is low.