Did you miss the Raw Milk Freedom Riders? In case you missed any of the special expanded 4 hour live broadcast of The RSB Show yesterday, super Producer Don has consolidated the best 2 hours of interviews for you!

This LIVE remote broadcast of The Robert Scott Bell Show was made possible by support from:

Hour 1 – On the road to the FDA, Raw Milk Moms Suzy Provine and Jane Cox reveal the reasons that they are standing up to the FDA in defense of food freedom! Organic farmer Michael Schmidt has had his Canadian farm targeted and raided by officials on several occasions, and has even had equipment and animals destroyed in the process. An expert in biodynamic organic farming practices, Schmidt has built quite a following in fighting back against government tyranny against food freedom, and continues to operate a cow-share program from his farm (http://www.realmilk.com/real-milk-

c…). RSB recorded a special 3 segment interview that really gets to the heart of the reason that we stand for farm and food freedom!

Hour 2 – American farmer, lecturer, and author Joel Salatin, who is considered to be one of the most influential organic farmers, has written several books including You Can Farm and Everything I Want to Do Is Illegal. He is also featured in the popular documentary Food Inc. where he talks about government food politics and what he believes is the future of food (http://www.polyfacefarms.com/). We also talk about his newest book, “Folks, This Ain’t Normal.” http://www.polyfacefarms.com/2011/07/28/folks-this-aint-normal/
Sally Fallon Morell, from The Weston A. Price Foundation, drops by to put science and common sense back in to the American diet, despite the FDA. http://www.westonaprice.org/ and http://realmilk.com/.

Batting clean up is Pete Kennedy from Farm to Consumer Legal Defense Fund to talk about their lawsuit against FDA’s “ban” on interstate transport of raw milk. http://www.ftcldf.org/

Do you want to reverse Low-T naturally? Dr. Theresa Dale can help you! http://www.naturalhealingpro.com/ 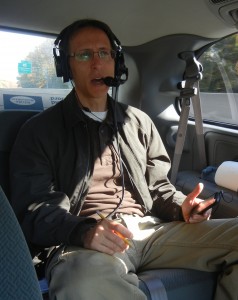 In case you missed my broadcast from Sunday (10/30/11) on GCN from this past Sunday, you can still listen to it here: http://www.gcnlive.com/programs/robertScottBell/ Guests included Joan Shenton and Liam Schefff discussing HIV mythology and the documentary film “Positively False: Birth of a Heresy.” Also, Mike Adams dropped by to preview the Raw Milk Freedom Riders and his ongoing expose’ of Adya Clarity: http://www.robertscottbell.com/?p=5002