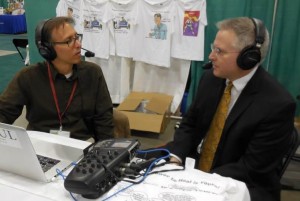 Thursday on The Robert Scott Bell Show 7-9PM EDT: It’s time to rekindle the Sacred Fire of Liberty with Jonathan Emord! How on earth did the Senate fail to cease funding for Planned Parenthood? That which the Federal government fails to do can be made right on the state level. Three states thus far have withdrawn public monies from PP, including Louisiana, New Hampshire and now Alabama. What other battles loom in Washington, D.C. over spending and taxes? Is it even possible to draw down on the central bureaucracy excesses or will there be a seemingly inevitable boom and bust? And who will be left holding the pieces when the millions of people who depend on government just to get by no longer have checks to cash?  Are you growing food yet? Are you teaching your neighbors to do the same? Norm Singleton joins us from the Campaign for Liberty returns to preview and review the first round of Republican presidential candidate 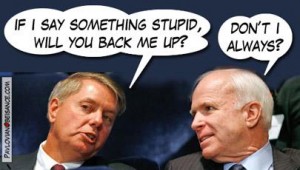 debates. Is the Trumpster for real? How does a constitutionalist like Rand Paul stack up against the Republican establishment? Is Ted Cruz really a small government conservative or a poser? Will Lindsay Graham cry on McCain’s shoulder? Plus, what is the Big Pharma connection to the Trans Pacific Partnership Treaty?

In the second hour RSB reviews a horrifying prediction related to the economic devastation awaiting a nation that invests in mandatory vaccinations without exemption. How does $1 trillion by 2025 sound? That is the estimated cost of all associated expenditures related to autism. Where is the money coming from? Who will stand up and say no more? Economics aside, how can we withstand the moral bankruptcy of an elite ruling class that worships at the altar of the church of pharmaceutical mysticism, vaccine denomination?

Got molecular hydrogen? More studies reveal the extraordinary benefit to biological living systems. That would include humans for those of you

reading at the FDA. How can we tap into the benefits of H2? Visit Robert’s Water and download the free e-book! Paul Barattiero drops by with the latest updates!

The famous Busta Rhymes was busted recently for assault with a protein shake! What kind of protein was it? He should have been drinking One World Whey. If he had, the recipient of his airborne smoothie would have probably thanked him, rather than press charges. No one should be drinking protein shakes if the protein has been denatured by heat treatment. Thankfully, One World Whey maintains all of its integrity!

RSB answers Questions of the Day on pulmonary fibrosis, strange bleeding disorders and curative cannabis! Finally, in Great Moments of Science, you’ll never guess what they found out about horses! Mr. Ed was trying to tell us many decades ago!

Question of the Day: 1) Mr Bell, I am a 66 yr old male suffering from idiopathic pulmonary fibrosis. I am interested in doctoring myself (with your help, should you be so inclined) with natural herbs. I am presently in the process of obtaining a lung transplant but I would prefer an alternative procedure. If you could advise me in what herbs and methods would be beneficial to my cause I would be in your debt. Thank you for any assistance, Leon

the medical uses of cannabis. There were doctors, lawyers and patients giving testimonials of healing. It would be well worth looking into interviewing Heidi and Amish Parikh. They are passionate about spreading the information about this healing plant. I think you are the perfect platform to keep this ball rolling. Visit their website. They said the talks that were given during the three days will be posted at mycompassion.org.. Not sure if they will be free or not. Heidi and Mish will talk with doctor’s, individuals etc..

I have a personal healing story using Rick Simpson Oil. I was diagnosed in 2008 with stage one breast cancer, it traveled into one node bursting out into the second. I had a lumpectomy with removal of three nodes… no chemo or radiation. I started seeing an integrative medical doctor that has been following my case since then. After much reading and searching I found Simpson Oil and started using it in August 2013. My blood tests all changed for the better after that. I have unending energy, I look healthier, I’m gaining weight weight back, I’m able to work as a massage therapist! I’m so excited to be alive again. “Thankfully I live in a legal cannabis state”, I know about CBD. There were some very educated people at this event.

Keep up the good work, I listen often and have received much help from the information that you provide. Always, Nancy

3) Hi Robert!!! Your show on bees was a hoot! Thank you so much for all you and the others do. It was so hard to hear Dr Isaac’s voice and yours when Dr NG passsed on. Then you had us listen again when you departed for the service…that was rough to listen again. But now he knows and is not far from us. My profound sympathy to you all.

Now I have a question. My 27 1/2 yo nephew had an episode of severe hematemesis, it continued for a few hrs and he was sent to a nearby hospital. They almost lost him, he had 11 tranfusions and at 2am they couldn’t stop bleeding so they took him to surgery to repair a tear in his stomach..no ulcer or lesion. They called it a dieulafoy lesion. I never heard it before. Anyway he was on a respirator in icu for 7 days, finally off the vent and got him OOB and just a few moments he started feeling nauseous and started vomiting blood again..a new tear, more transfusions and then the parents had him transferred to MGH when he was stable. MGH isn’t sure what happened and after 13 days in icu, he went to floor and next eve d/ced home. Hmmm no restrictions on his diet…He is a big gmo eater/lactose intolerance and loves his gmo beer…and loves his chicken wings with hot sauce….Do you have a clue of what he might be missing besides organic everything and minerals/supplements? He can’t eat much as he has early satiety.

thank you so much! ~ taffy

Will Obama’s attacks on Iran deal foes hurt his cause?

(First GOp debate will Trump be a chump? Will Rand stand out?)

Donald Trump? American people are on the verge of revolt and looking for an agent of radical change

MOD? Who gets paid by Big Pharma for what influence it can buy?