Did you ever have the strange feeling that you went out for a drive last night, while you were sleeping? That you ate raw eggs with the shell, too – while you were sleeping? That you may have had sexual relations last night – and you were not even awake? If so, you might be an Ambien Zombie! Not kidding! http://www.youtube.com/watch?v=ejLokgCvpIY and http://www.forbes.com/sites/kaifalkenberg/2012/07/14/kerry-kennedy-was-likely-sleep-driving-just-like-her-cousin-patrick/2/ Ambien’s label now warns the 39 million people who take Ambien that the drug can cause them to eat, have sex or drive without knowing it and with no memory of their conduct. What if an herb did that? RSB will share, once again, the safe and natural remedies that can help you get a good night’s sleep! Hint: It has everything to do with the liver and pancreas…

Then RSB welcomes Liam Scheff, wearing his film and cultural critic hat, as we dive into the new Batman movie. Warning: Spoilers ahead. Liam talks history of “the Dark Knight” and while we’re going to praise the clockwork mastery of director Christopher Nolan, and his screen-writing brother Jonathan Nolan; Liam argues that the new movies fail to live up to the legend – and how they’re manipulating the public. http://en.wikipedia.org/wiki/The_Dark_Knight_Returns and http://www.huffingtonpost.com/2012/07/16/the-dark-knight-rises-reviews_n_1675745.html and http://hollywoodandfine.com/reviews/?p=5141 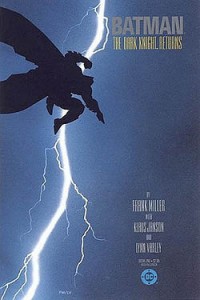 But the film’s conclusion – a battle between Bane’s army of criminals and the mass of Gotham’s police officers on the streets of Gotham – should inspire laughter, not awe. Both sides have guns – and they wind up in a massive fistfight in the middle of a street? The same is true of Batman’s final face-off with Bane: single combat? Hand to hand? Really? Is that all you’ve got, Christopher Nolan? It’s as phony as a pro-wrestling bout and rematch: The first time, the villain exploits the hero’s weakness; the second time, the hero figures out where his opponent is vulnerable and utilizes that knowledge. I mean, honestly – this is the best you can come up with? 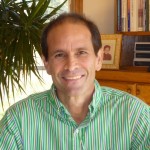 How often do we get to dedicate one full hour of healing to hearing the personal stories of those who have received benefit from food as medicine? Or is that medicine as food? Stephen Heuer, from One World Whey, is back to discuss the role of undenatured whey protein for promoting optimal health in many more ways than we have previously covered. We have invited four special people willing to share their recoveries and responses to eating whole, unpasteurized whey protein from free grazing, grass-eating cows. Incredible and inspiring! We’ll talk with Bruno Galassi, a 52 year-old athlete who had suffered knee pain for many years, bit is now back to training almost everyday! We’ll talk with Angie, a 42 year-old Type 1 diabetic with two children who were vaccine damaged, all of whom have improved in incredible ways since introduction of undenatured whey protein! Annette, 49, then joins us after 2 years of difficult menopausal symptoms, including

hot flashes, sleep disruption, night sweats and more. How is it possible that she was helped? RSB and Stephen will explain. Finally, Helen is a Type 2 diabetic (and quite a character) who is not shy about sharing her tremendous improvement as well! This should be quite an inspiring (and practical) healing ride today on The RSB Show! http://www.sgn80.com/one-world-whey Call 1-888-988-3325 to plug into this nutritional healing!

More stories we may cover today at The RSB Show Blog:

Hillary Clinton and company gets pelted with tomatoes and shoes in Egypt. Do you know why? http://timesofindia.indiatimes.com/world/middle-east/Hillary-Clinton-in-Egypt-her-motorcade-hit-by-tomatoes-and-shoes/articleshow/15002349.cms and http://www.rt.com/news/clinton-egypt-tomato-bombardment-243/ Clinton said Washington wanted to support “real democracy,” in which “no group or faction or leader can impose their will, their ideology, their religion, their desires on anyone else.”