Emergency preparedness checklist for perfect storm Hurricane Sandy – Here’s what you need to get NOW Read more Called a “monster storm,” Hurricane Sandy is much more than a hurricane. It’s a hybrid monster storm system that weather experts are now warning could cause $1 billion in damage when it strikes the U.S. eastern seaboard early Tuesday morning.

Drinking silver will turn you blue – and here’s why “Homeopathic medicine, colon cleanses, juice fasts: Of all the unproven health remedies, one of the weirdest may be taking colloidal silver.” Time to counter another medical shill pseudoscience writer.

Parents’ Perception Of Their Children’s Emotional Well-Being Likely Inaccurate “Parents consistently overestimate their children’s optimism and downplay their worries, according to new research by psychologists at the University of California, Davis, Center for Mind and Brain. The findings suggest that secondhand evaluations by parents or other adults of children’s emotional well-being need to be treated with caution. Many psychologists and researchers have long held that children under the age of seven cannot accurately report how they feel, said Kristin Lagattuta, associate professor of psychology at UC Davis, who led the study…” Look out mom and dad! The drug doctors are after your children!

“Good bacteria” during pregnancy may ward off eczema: study “Babies were less likely to get the itchy skin rash eczema when their mothers took probiotics during pregnancy and while breastfeeding, according to a study from Finland. Researchers said it’s possible that probiotics – which are thought to help balance bacteria populations in the gut and prevent disease-causing strains from spreading – may influence babies’ health through immune cells that cross the placenta and later are passed in breast milk.” Imagine that! Gut ecology impacts your outer world!

Study suggests lowering cholesterol earlier in life “Teens and young adults may want to pay attention to their cholesterol levels instead of waiting until later, when there is less room for improvement, according to a new study. There is no ironclad proof that doing so would actually benefit anyone, and the idea that people under 35 should be screened for high cholesterol is controversial.” Any doctor that suggests a statin drug for your child should be shunned.

A Positive Attitude Can Reverse Health Risks In Seniors “As adults grow older and lonelier, they are at a greater risk for health problems. However, older adults who can tackle life with a positive outlook can change their negative health issues, which are linked to a lonely life, according to a new article published in Psychosomatic Medicine.” Who thought that having a negative attitude would improve heath? 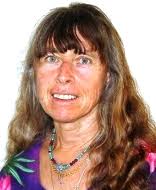 RSB welcomes the return of Judy Erwin, for more amazing frequency healing! Judy and RSB welcome Jim Dyer, visiting from Nova Scotia, to share the many practical ways you can help yourself and others with the BCX Ultra! Do you know about dowsing and applied kinesiology? There are many ways that you do extraordinarily empowering things to help others in need – even animals! Are you concerned about eye inflammation leading to worse ocular diseases? What about generalized inflammation and pain? Whether it’s lung congestion, infections or co-infections, frequency healing energies may be just what is needed to put you over the top. RSB will ask Jim how he was able to put the frequency technology to use at a local health clinic as well. Maybe you can do it to within your community or church. There are not enough

healers to go around, especially considering the impending economic collapse. Are you prepared? Got Rife? Lyme disease of concern to you? Rocky Mountain Spotted Fever? Fibromyalgia and other painful conditions? Rife frequency may be your energetic pathway out of the suffering. Judy reminds us that “if you want to find the secrets of the universe, think in terms of Energy, Frequency and Vibration.”  http://www.bioelectricsforhealth.com/ 1-800-936-6240 (special offer from Judy if you mention The RSB Show)…

RSB will be broadcasting LIVE from the Celebration of Life Holistic Health Festival at The Om Bookstore in Eustis, Florida on Sunday, November 4, 2012! http://www.om-bookstore.com/