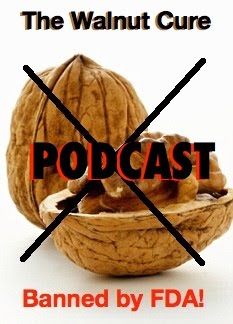 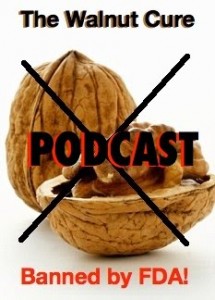 Radio broadcast on Sunday, April 18, 2010 from 1 PM to 3 PM EDT: Who do you call when the federal government has gone so mad that it wants to prohibit you from knowing that certain foods can actually reverse disease? Got raw milk? Got cherries? Got selenium? Got numb-nuts?

The decline of western civilization? There is nothing civilized about the destruction of Freedom of Speech when it comes to healing your neighbor without FDA approved drugs.

A government of the drugs, by the drugs and for the drugs is what we have become.

Is there a possibility that this nation can be salvaged? Can liberty be restored to its proper place in America before detoxification is no longer possible? Did the Founders really bring forth a new nation, just so that one day it would spend more time and effort imprisoning those who would dare heal without permission from Ten Miles Square?

Find out, live from the East Texas Natural Wellness Conference!

The Robert Scott Bell Show cherishes the principles that strengthen our understanding and practical application of freedom and healing. Where other talk shows leave off, the Robert Scott Bell Show is just getting started. Listen to the voice of health freedom and liberty for perspective this week Sunday, April 18, 2010 from 1 PM to 3 PM EDT. Just turn on your radio or internet stream at the appropriate time.

Hour One: The Walnut Cure Banned by FDA