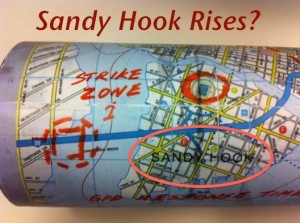 Modern medicine seems to be in charge of the mainstream media. Why do I say that? They cannot seem to find the cause, much less the cure, of any story (disease) they cover. Just look at the reporting of the tragedy in Newtown, Connecticut. Where is the focus on the FDA-approved Psychiatric drugs that the shooter is alleged to be on? What about vaccine damage? What about all the bizarre references in major Hollywood movies, much less the strange coincidences in fictional literature? To ask questions not vetted or approved by gatekeepers in law enforcement and major media is now considered to be a crime? That should be a clue. Keep asking the questions you are not allowed to ask. When the media lies to you, don’t complain, BECOME the media.

Liam Scheff and RSB are set to go where no other radio talk show can go – we’re on a journey through the looking glass today, as we ping from Liam and cop experiences (is riding a bike against the law?) – to facebook and politics – and back to food and energetics. Liam will also share his recent article, “Food, Politics and Personality,” which touches on the concept that how and what you think are affected  – and really ‘tuned in’ – by what you eat. Remember, Official Stories is the perfect stocking stuffer for your friends and family members!

Get ready for Outside the Box Wednesday with Ty Bollinger! If there is a real cause and a real cure related to the brutal shooting in Connecticut, Ty and RSB will reveal it! Also, a bit of perspective may be in order as the media ignores at least 180,000 iatrogenic deaths annually in America alone. Note to all gun-grabber wannabees, where is your call to ban doctors – or at least call for more doctor-control? More people die from bee stings and dog attacks than from guns each year. Where is the movement to ban dogs and bees? The reality is that the mainstream media is exploiting the tragedy in Newtown to promote a political agenda of disarmament. Nothing is more dangerous to innocent civilians than being made defenseless against the force of tyrannical government. There’s a Moment of Duh in there somewhere.

We will not let your immune system weaken! Ty and RSB welcome scientist and formulator AJ Lanigan to reveal the metabolic pathways related to Beta 1 3 D Glucan immune strengthening in the body. Let your food be your medicine!

The medical establishment continues to operate and control behavior through fear, but not here. We’ll relate the story of Zach Sobiech, a teen who is convinced that he will die because of osteosarcoma that doctors claim is terminal. He wrote a song to say goodbye, but does he really have to die from a cancer that can be overcome with natural medicine? The doctors don’t want him to know, but we do. Plus, Bill Gates wants us all to wear drug-laced clothing to vaccinate us and prevent us from procreating. Would you wear such clothing? Get ready; it’s time to go outside the box! Ty’s websites include www.CancerTruth.net and www.SurvivalHerbs.com. Would you like to “Work With your Doctor” – Ty’s new book with Dr. Michael Farley at http://medicaldreamteam.com/ is on sale! Special thanks to Better Way Health and their Beta 1,3D Glucan for making this possible!

Does Bill Gates really want to drug your clothing so you can’t have kids? Contraceptive anti-HIV vaccine underwear?

When Western democracies tout the superiority of freedom of speech, they don’t really mean it. The European Union has squashed what is left of supplement freedom.

It’s a tragedy when a kid is diagnosed with osteosarcoma. It’s even worse when that child is convinced that there is no hope because oncologists say you’re done for…

Are there any health risks to having a gun at home different from those homes without one? This might have to be Today’s Moment of Duh…

Guns or psychiatric drugs – Which are the greater danger? Check out the links between violence, shootings and FDA-approved mind medicines…

Are facebook accounts really being suspended for questioning the official story of the Sandy Hook Elementary School shootings?

While the world is in an economic flux and the Mayan calendar ends, man has finally solved one of the great mysteries of the world: Why is Rudolf the Red-nosed Reindeer’s nose so red?

How many times do you hear about armed citizens preventing crime or stopping one in progress? Here’s another one from a mall in Oregon.

Vaccine industry in a panic over the potential banning of mercury worldwide!

Americans in denial about school violence and the obvious solution: Arm school personnel

When the media lies to you, don’t complain, BECOME the media.