The Robert Scott Bell Show May 1, 2013 Did you miss today’s broadcast? Click here to download and listen now.

One of the reasons that our forefathers traveled from the England of King George was to escape the oppression of state sanctioned religion. Little did they know, their ancestors would one day be subjected to another state sanctioned religion. This one is called the Church of Biological Mysticism, a label originally coined by investigative journalist Jon Rappoport. Sure, the Crusades were a bloody mess, but they may pale in comparison to the stealth crusades inflicted upon the masses by the official religion of the United States (and much of the western world), Modern Medicine (or is that Medic-Sin?). At a bare minimum, 106,000 Americans lose their lives each year to properly administered, prescribed and ingested pharmaceutical drugs. FDA-approved, mind you. According to Death By Modern Medicine, the number may actually be closer to 1,000,000 per year! Do the math. Over the last decade, anywhere from 1 to 10 million Americans have been sacrificed to the pill-gods of Big Pharma. Does it get scarier? Yes. The CDC denomination of this satanic death cult is now tracking your kids to make sure they are injected according to their scripture. Can you vote the priest craft out? No, but you can remove your kids from their sadistic-syringe pews. How? Stop taking them to licensed representatives of the state religion. Don’t wait for a politician to save you, as he’ll likely be on the pharmaceutical payroll. Whatever happened to Congress shall make no law respecting the establishment of a religion? The Constitution does not say, “except for a medical one.”

Boston is back! Or, it’s never left. Liam Scheff returns to talk CIA Uncle, Chechen oil, USAID cover-ups, Sibel Edmond’s theory and more Oil Politics as the real story behind the Boston bombing. Senior Russian Senior military and intelligence officers admit that the KGB blew up Russian apartment buildings and falsely blamed it on Chechens, in order to justify an invasion of Chechnya (and see this report and this discussion). We will discuss false flags in Russia! Did KGB really do their version of a Reichstag fire in Russia, killing hundreds so that the people their would support military engagement against to Chechnya? There is much more to cover about Marathons, Boston and the future of cities – quarantine, rationing and curfews, coming to you — “for your own protection!” The world isn’t changing – it IS change – and it’s going to keep on changing. Population control, anyone? The new federal panel wants YOU to die at their hands! How? By getting an HIV test. We’ll talk about this dead-end ‘scientific’ religion and what you should do to avoid it. Then, maybe even a little comedy. Liam spent time with the JoyCamp out in Los Angeles and even contributed to their new video – a submission to the Alex Jones Paul Revere video contest. Do not miss it, or the iPhone Drone App will target YOU, courtesy of Cia!

Hooray! It’s time for Outside the Box Wednesday with Ty Bollinger! He’s outside the normal studio once again today, but inside his car, as he is transitioning back to the hill country in Texas! AS we reflect on the spring-cleaning season, it may be appropriate to do the same with our body! There is never really not a good time to clean your liver, so let’s begin with that most powerful organ of elimination. Yes, it takes a beating, but its resilience is life-saving on a daily basis. Since most doctors do not even mention liver congestion, we will. What supporting systems may also need a bit of attention? How about rebounding for some lymphatic flow? Have you considered a colon cleanse lately? You might suggest it to someone you know with chronic bad breath (halitosis), politely, of course. Do you know how to rid your body of parasites? Rather than sweat to the oldies, we’ll reveal how to sweat out the

toxins! We’re not complete until we also address the kidneys and bladder as well. Before we’re done, your blood will be cleaner as well! Get ready for Ty and RSB as they go way Outside the Box! Ty’s websites include www.CancerTruth.net and www.SurvivalHerbs.com. Would you like to “Work With your Doctor” – Ty’s new book with Dr. Michael Farley at is on sale! Special thanks to Moringa Magic Team for their support of Outside the Box!

Who’s life have you changed? By YouSpreadLove.com

Test everyone! For what? A non-specific, cross-reactive something that we cant even isolate! HIV tests for all from 15-65!

The CDC is watching you and your children, too! Why? They want to know if you are complying with “voluntary” vaccine mandates.

The American Academy of Pediatrics finally admits that all GER in infants is not necessarily GERD, nor is it always a drug/surgery-deficiency disease. Well, it’s a step…

Where is all your Tax money going? I suppose Obama (just like Bush before him) believes that Afghan warlords need it more that you do…

Is Shelter-in-Place the new normal for an Orwellian federal government and the people who still cower in its presence?

Ron Paul still cuts through the government-loving propaganda on the political right as he states that the manhunt for the Boston Marathon attackers was scarier than the attack itself.

Believe it or not, the political left is starting to awaken to the nightmare that is Obama’s Drone War…

Obamacare has gotten better, according to CIA/Time’s Joe Klein. How? There are fewer pages when you have to sign up. Seriously. 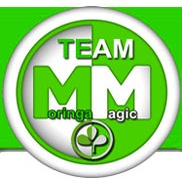