Are you under the spell of media hypnosis? Take this simple test and find out Here’s a valuable self-test to find out whether you’ve been hypnotized (and controlled) by the mainstream media and its engineered false reality.

800 more children permanently harmed by vaccines More evidence has emerged showing that the GlaxoSmithKline (GSK) vaccine Pandemrix, which was widely administered throughout Europe during the 2009-2010 H1N1 influenza “pandemic,” was responsible for causing serious and permanent side effects in many of the…

3-Year-Olds Will Override Adults’ Instructions If They ‘Know Better’ Even very young children understand that adults don’t always know best. When it comes to helping, 3-year-olds may ignore an adult’s specific request for an unhelpful item and go out of their way to bring something more useful, according to new research… 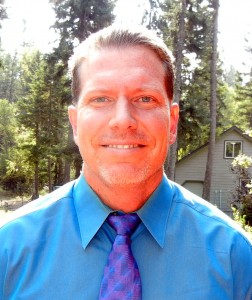 Fish are becoming easier to catch ‘because traces of anti-depressants are getting into water supply and making them more relaxed’ | Mail Online  Sleeping pills may be disturbing river ecosystems by turning fish into greedy, risk-taking loners, say researchers.

Listen to Ty and RSB go Outside the Box each Wednesday! Remember to plug into “58 Holistic Health Nuggets For A Healthy Family”, too. Ty’s websites include www.CancerTruth.net and www.SurvivalHerbs.com. Would you like to “Work With your Doctor” – Ty’s new book with Dr. Michael Farley at http://medicaldreamteam.com/ is on sale! Special thanks to Better Way Health and their Beta 1,3D Glucan for making this possible!

Yet another terrorist bomb plot turns out to have been dreamed up by the FBI As unbelievable as it sounds, the nation’s premier domestic law enforcement agency is treating terrorism as a job-justification program, creating one phony “threat” after another to create cases out of thin air.

FDA warns of flu protection claims by supplement sellers U.S. health regulators have sent letters to nine Internet distributors of dietary supplements warning them against making false claims about their products’ ability to fight the flu.

Sorry, Fellas: Doctors More Likely to Give Drugs to Women At 32, Rekisha Harris isn’t someone you’d think of as having heart disease. Which is why it took her doctors so long—almost too long—to diagnose her condition. After a pregnancy, Rekisha felt fatigued and short of breath; her doctors diagnosed her with…

Is Your Doctor Getting Paid by Big Pharma? When the Red Heifer restaurant opened its doors in upscale Bethesda, Maryland, some years back, the owners offered a steakhouse menu they thought customers would like, but they pinned their biggest hopes for profits on a room in the back of the restaurant

NDAA Nullification tracking thanks to The Tenth Amendment Center.

Doctor and Patient: Afraid to Speak Up to Medical Power Aspiring doctors quickly learn whose opinions, experiences and voices count, and it is rarely their own. But such an overly developed sense of hierarchy comes at an unacceptable price: good patient care.

Liam Scheff officially unveils a special After Hours Event at the HFE, plus The Geneticals, the first vaccine-damaged super heroes, as well as his new Official Stories Posters Book! They are both available now and you can be the first to own them! Or you can get them directly from Liam at The Health Freedom Expo (March 1-3) and The Alive and Healthy Conference (March 22-24) in Long Beach, California! Plus, Official Stories is now available on Kindle! Do you need a Humor Intervention?

From Sara Sotomayor’s blog: All vaccines by their very nature are antigens and that every antigen by definition must be a foreign protein or a substance attached to one’s own or some other foreign protein. That no foreign protein can be absorbed into the blood stream unless it is digested in the alimentary canal into its basic amino acids. That it is these amino acids which after being absorbed into the blood stream are reconstituted into one’s own proteins and it is these proteins which distinguishes every being of existence into self and non-self.” Do vaccines allow the body to do this? No.