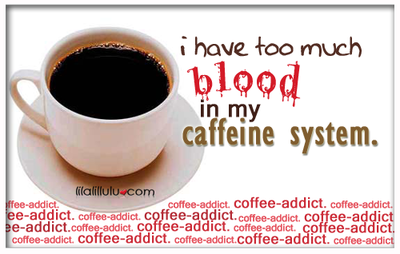 Tuesday on The Robert Scott Bell Show: Let’s get into it…shall we? 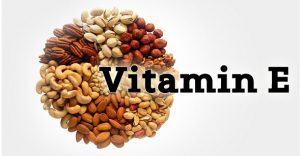 Some research has suggested that vitamin E and selenium supplements might lower the risk for Alzheimer’s disease, but a new long-term trial has found no evidence that they will. The study began as a randomized clinical trial in 2002 testing the supplements for the prevention of prostate cancer. When that study was stopped in 2009 because no effect was found, 3,786 of the original 7,540 men participated in a continuing study to test the antioxidants as a preventive for Alzheimer’s. RSB picks this study apart to show you how it’s Junk Science!

Every 66 seconds this year, an American will develop Alzheimer’s disease, according to the Alzheimer’s Association annual report, released Tuesday. By the year 2050, that number is expected to double to one every 33 seconds. Those startling statistics are mirrored worldwide. In 2016, the World Alzheimer’s Report estimated that 47 million people around the globe had dementia. To put that in perspective, it’s a bit more than the current population of Spain.

Join VIAL as we overturn the 1986 National Childhood Vaccine Injury Act. Vaccine Makers must be held accountable for faulty and unsafe products. Enter your contact information for action alerts and donate to fund our National Vaccine-Injury Awareness Education Programs.

Cheerios gave away 1.5 billion wildflower seeds to aid ailing bee populations this month, the brand said, depleting its supply and smashing its goal of 100 million donated seeds. But unwanted buzz abounds: The packets Cheerios sent out included seeds for plants deemed invasive in some states and outright banned in others. 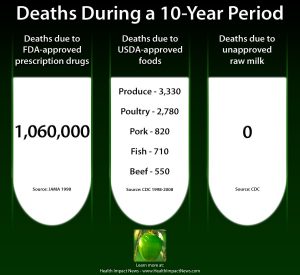 A small, all-natural dairy isn’t being deceptive when it calls its skim milk “skim milk,” a federal appeals court has ruled — a victory for a Florida creamery that fought the state’s demand to label the product “imitation” because vitamins aren’t added to it. The ruling overturns a decision last March when a federal judge sided with the Florida Department of Agriculture, which said the Ocheesee Creamery couldn’t label its skim milk “skim milk” because the state defines the product as skim milk with Vitamin A added. The state instead said that if the creamery wanted to sell the product, it should label it as “imitation” skim milk.

Why Doesn’t the U.S. Government Want You to Drink Raw Unprocessed Milk?

I just recently stopped drinking coffee and now I have pounding headaches every morning that last until about 2 or 3. It doesn’t affect me at work, but it’s just an annoyance to have. Do you know of any ways to get rid of headaches naturally (I’m sick of popping pills) or any other drinks that could take the place of coffee that’s better for you?

There is something especially immoral about a government that punishes a person for giving back to their community. Unfortunately, this cruel trend is becoming all too common, as one Tucson resident is now learning firsthand.

A man found with a bag of marijuana “sticking out” of his buttocks was arrested after investigators say he tossed other weed out of his car, according to an arrest report.