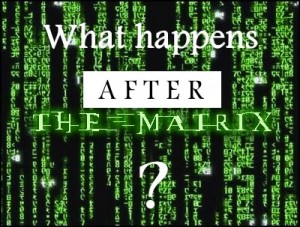 “The One Great Reality for Everyone has been fading away. The One has become the Many. What did you expect? This is what you get when you get freedom. Multi-dimensional Reality.” (The Magician Awakes, Jon Rappoport)

The new reality is Decentralized Power. It’s not a distant hope. It’s happening.

For one thing, I’m talking about major media and their crumbling power. Shaping minds was once easy. It’s not anymore.

Yes, we’re in the middle of a bumpy ride. It’s not Santa Claus coming down the chimney with gifts for all. Major media and social media are fighting back. Their desperation is signaled in their efforts to use the label Fake News, and in open moves to censor news that’s “different.”

Don’t expect this battle to be easy. The transition is a long one.

But take heart. Be aware that things are changing around us. Right now.

This decentralization will ultimately affect every individual, not just groups. The Big Split will filter down to every human on the planet. Don’t be timid about assessing this paradigm shift. It’s gigantic.

The point is: WE’RE NOT ALL HEADING TOWARD ONE UNIFIED BETTER REALITY. That’s the con. That’s the Globalist wet dream. That would be replacing one form of mind control for another. That would be a puerile version of New Age nonsense. No, what is happening cuts much deeper.

People will say this shift is dangerous, because it supports the atomization and isolation of every individual. Where are the ties that bind, they will say. We must all agree on a program for a better future. We must all come together.

These notions are merely the rear-guard action of minds trying to preserve the old way.

As individuals re-fit their own sense of reality, they find ways to reach across the divide and communicate with each other. This is not an insoluble problem. THIS IS PEOPLE DISCOVERING HOW TO MEET A CHALLENGE.

Yes, there are those who will see this new state of affairs as hopeless. But keep in mind—such people are always interpreting life as hopeless. They will grab every new development as “proof of failure.” So be it.

The present and future are multiple realities. Which is the actual definition of an open society.

Individuals, re-fitting and recreating and discovering their own perception of reality, is not a one-time one-stop shop. It’s an ongoing process. Fleeing the process to go back into the arms of centralized consensus is only a temporary diversion. It will not hold.

The history of Western philosophy is one thinker after another trying to describe ultimate reality for everyone. It’s this. No, it’s that. In every case, the power of the individual is basically ignored. That farce has come to an end.

The decentralization of the media-apparatus is a sign of a much deeper trend. THE INDIVIDUAL is front and center. Trying to put that genie back in the bottle will not work. It’s too late. Now, every person will feel the need to develop his own reality. It may start as a nagging minor impulse, but soon enough the impulse will light up. It will come through as the Great Adventure.

Untold numbers of people are already at the starting gate, whining and moaning and complaining and commiserating. And stalling. But the dictum is loud and clear: FIND AND INVENT YOUR OWN REALITY. And then: MAKE IT FACT IN THE WORLD.

“Well, I didn’t bargain for that. I was just defending freedom of the individual.”

But think it through. Where does that freedom lead? What does it point to? The freedom to come to some new consensus that every soul will sign up for? A way to toss that freedom on the junk heap? A Disneyesque dream we can all swim in together?

What is freedom for? It comes from and by the individual. Toning it down to a set of convenient “new” shallow understandings “we can all share” will only be a temporary way-station.

The next 20, 50, 100, 1000 years are going to be very interesting. Every possible effort will be made to shape the individual from an external point of control. These efforts will seem to succeed—but they will be superseded by breakouts, which will move according to no system.

And the proposition that all these breakouts will be nothing more than bursts of primitive violence is shortsighted. Something much deeper and higher is happening.

At the core, individuals are MAKING realities. They’re inventing them. This process is simultaneously grounded and soaring. As Dostoevsky once advised, “Head in the clouds, feet in the mud.”

Technocrats like to imagine a future world where society is fitted together as a machine, an all-embracing mechanism powered at the flip of a switch. But the more profound world, which is emerging, is decentralized. Not one dream, but many, side by side. Not dreams from the top of the food chain, but from independent individuals.

On top of that, the technology exists to help make every one of those individuals self-sufficient.

Education, in spite of programs drilling a small set of fatuous values into many heads, is also decentralizing. Why? Because more and more students are realizing they have to educate themselves, independently, on their own.

Hive consciousness will keep resurfacing to tempt the timid. “Please, please, let me belong!” But the innate psyche of the individual is more powerful than collective fantasies, in the long, long run.

The new reality of many realities is here.