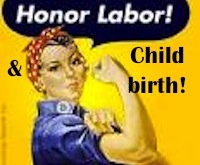 There are various estimates of the number of US abortions performed since 1973, when the US Supreme Court ruled in Roe v. Wade. Most estimates are in the range of 54 million.

The website, abort73.com, offers statistics on abortions in the US. These figures are taken from two sources: the CDC and the Guttmacher Institute (AGI):

“Women in their 20’s have the highest abortion rates. (CDC)”

It doesn’t take a complicated analysis to show that the declining birth rate for women in their 20s is connected to the number of abortions in that same group.

Yes, there are certainly other reasons for declining fertility in both women and men, including the presence of endocrine-disrupting chemicals in the environment; but the link between abortion and declining birth rate, as revealed above, couldn’t be more obvious, and it shows that men and women are still able to make babies.

So why isn’t this link between abortion and declining birth rate mentioned, highlighted, and discussed widely in mainstream news reports? The answer to that is also obvious:

Officially, reporters are supposed to bring up abortion in the context of a woman’s right to choose, or as a long-accepted practice currently opposed by some recalcitrant traditionalists, or as a subject that has provoked violence. And that’s it.

Linking abortion to declining birth rate is “off-topic.” It could make the reporter seem like an opponent of abortion. It could “engender the wrong perception.” It could cause unfavorable publicity for media outlets. Therefore, don’t touch it.

Mainstream journalism is, in many cases, reporting by agenda. The writer or broadcaster knows which agenda he is supposed to represent. Therefore, he fits his facts into one of those compartments. Or, if the facts won’t fit any of the favored compartments, he opts out altogether. He moves on to another story.

If pressed in a private conversation (and I have done this with reporters over the years), he’ll mention “uncomfortable facts” or “misleading facts.”

By “misleading,” he means: his audience will get the wrong idea. His audience will infer that he, the reporter, has “wandered off the reservation,” is now “a loose cannon,” is a “lone wolf,” is no longer reliable. Much worse, the reporter’s editor will begin looking at him in a different way. “Why is he submitting this story? Doesn’t he know he’s asking for trouble? Is he shifting his overall political position? Is he trying to drag me (the editor) into a controversy? Doesn’t he understand our established boundaries?”

Nobody from the publisher’s penthouse makes a call to squash the story. The word doesn’t come down from on high. It doesn’t need to. Everything is settled at ground-level. If the reporter won’t play ball, he’s relegated to filing stories on flower shows and fund-raiser picnics, or he’s out the door with a black mark next to his name. The call from the penthouse is the rare exception. In most cases, the people who restore order are the editors who thoroughly understand the subject of agendas.

Abortion? Declining birth rate among women in their 20s? The connection is as obvious as the nose on your face. But “obvious” doesn’t add up to a published story, not when it crosses firmly established lines.

The news business has always worked this way, but these days, the pressure is at all-time levels, because so many readers and viewers can’t, or refuse to, make proper distinctions. If they sniff the faintest possibility that one of their sacred premises might, in any conceivable universe, be receiving an indirect poke in the ribs, they start screaming.

Education being what it is now, Adoring or Screaming appear to be the only two options.

That’s why intelligent people, millions of them, are deserting mainstream news for alternatives. They see no reason to participate in an operation that panders to lunatics.

Meanwhile, mainstream news outlets are pushing the same old boulders up the same old hill, their employees panting and praying that their efforts will produce paychecks that sustain them into retirement. Many of them won’t make it.