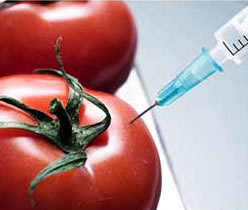 Gordon Conway, a professor of international development at Imperial College London, told the Times of London that organic agriculture focuses excessively on what is “natural.” Referring to the exclusion of synthetic technologies from the definition of organic as “rigid,” he said that GM technology should be used to increase crop yields while limiting ecological damage.

Conway’s argument, as reported by the Times, did not appear to address the concerns that critics of biotechnology have raised with GM crops. Conway stated that GM agriculture is just as “natural” as conventional plant breeding, disregarding the argument that bypassing evolutionary processes completely is more likely to have unforeseen consequences. He stated that herbicide-resistant crops have lower carbon footprints because they require less tilling of the soil, apparently ignoring evidence that such crops lead to increased use of toxic chemicals.

He did not appear to clarify how or why herbicide-resistant crops could be used in conjunction with organic farming, which bans the use of synthetic pesticides except in extreme cases.

While praising organic agriculture for drawing attention to the overuse of synthetic pesticides and fertilizers, Conway dismissed its basic premise — that less technologically intensive farming methods are also better for the environment.

“There would be real benefits if we got over this notion that GM is somehow not organic,” he said.

“You can genetically engineer crops to be better organic crops.”

Conway’s comments come amid a push for more acceptance of GM crops in the United Kingdom, where the public has overwhelmingly rejected the technology and largely prevented its entry into the food market. The chief scientific advisor for the government recently stated that biotechnology’s potential to make global agriculture more productive cannot be ignored.