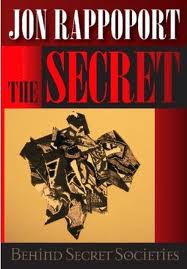 Many people think the TC, created in 1973 by David Rockefeller, is  a relic of an older time.

Patrick Wood, author of Trilaterals Over Washington, points out  there are only 87 members of the Trilateral Commission who live in America.  Obama appointed eleven of them to posts in his administration.

Keep in mind that the original stated goal of the TC was to create “a new international economic order.”  Knowing that you have to break eggs to make an omelette, consider how the following TC members, in key Obama posts, can help engender further national chaos; erase our sovereign national borders; and install binding international agreements that will envelop our economy and money in a deeper global collective: a new world order:

In Europe, the financially embattled nations of Greece and Italy  brought in Lucas Papademos and Mario Monti as prime ministers.  Both men are Trilateral members, and Monti is the former European chairman of the Trilateral Commission.

In the US, since 1973, author Wood counts eight out of 10 US Trade Representative appointments, and six out of eight World Bank presidencies, as American Trilateral members.

Zbigniew Brzezinski wrote, four years before birthing the TC with his godfather, David Rockefeller: “[The] nation state as a fundamental unit of man’s organized life has ceased to be the principal creative force.  International banks and multinational corporations are acting and planning in terms that are far in advance of the political concepts of the nation state.”

Several other noteworthy Trilateral members: George HW Bush; Bill Clinton; Dick Cheney; Al Gore.  The first three men helped sink the US further into debt by fomenting wars abroad; and Gore’s cap and trade blueprint would destroy industrial economies, while vastly increasing the numbers of people in Third World countries who have no access to modern sources of energy.

Does all this offer a clue as to why the US economy has failed to recover from the Wall Street debacle of 2008, why the federal bailout was a handout to super-rich criminals, and why Obama took actions which prevented a recovery?

How many foxes in the hen house do we need, before we realize their Trilateral agenda is controlling the direction of our economy?

The TC has no interest in building up the American economy.  They want to torpedo it, as part of the end-game of creating a new international currency, ushering in a de facto Globalist management system for the whole planet.

Any doubt on the question of TC goals is answered by David Rockefeller himself, the founder of the TC, in his Memoirs (2003): “Some even believe we are part of a secret cabal working against the best interests of the United States, characterizing my family and me as ‘internationalists’ and of conspiring with others around the world to build a more integrated global political and economic structure—one world, if you will. If that is the charge, I stand guilty, and I am proud of it.”

Even in what many people mistakenly think of as the TC’s heyday, the 1970s, there were few who realized its overarching power.

Here is a close-up snap shot of a remarkable moment from out of the past.  It’s a through-the-looking-glass secret—in the form of a conversation between a reporter, Jeremiah Novak, and two Trilateral Commission members, Karl Kaiser and Richard Cooper. The interview took place in 1978. It concerned the issue of who exactly, during President Carter’s administration, was formulating US economic and political policy.

The careless and off-hand attitude of Trilateralists Kaiser and Cooper is astonishing. It’s as if they’re saying, “What we’re revealing is already out in the open, it’s too late to do anything about it, why are you so worked up, we’ve already won…”

NOVAK (the reporter): Is it true that a private [Trilateral committee] led by Henry Owen of the US and made up of [Trilateral] representatives of the US, UK, West Germany, Japan, France and the EEC is coordinating the economic and political policies of the Trilateral countries [which would include the US]?

NOVAK: Yet, in your recent paper you state that this committee should remain informal because to formalize ‘this function might well prove offensive to some of the Trilateral and other countries which do not take part.’ Who are you afraid of?

KAISER: Many countries in Europe would resent the dominant role that West Germany plays at these [Trilateral] meetings.

COOPER: Many people still live in a world of separate nations, and they would resent such coordination [of policy].

NOVAK: But this [Trilateral] committee is essential to your whole policy. How can you keep it a secret or fail to try to get popular support [for its decisions on how Trilateral member nations will conduct their economic and political policies]?

COOPER: Well, I guess it’s the press’ job to publicize it.

NOVAK: Yes, but why doesn’t President Carter come out with it and tell the American people that [US] economic and political power is being coordinated by a [Trilateral] committee made up of Henry Owen and six others?After all, if [US] policy is being made on a multinational level, the people should know.

COOPER: President Carter and Secretary of State Vance have constantly alluded to this in their speeches.

Of course, although Kaiser and Cooper claimed everything being manipulated by the Trilateral Commission committee was already  out in the open, it wasn’t.

Their interview slipped under the mainstream media radar, which is to say, it was ignored and buried. It didn’t become a scandal on the level of, say, Watergate, although its essence was far larger than Watergate.

US economic and political policy run by a committee of the Trilateral Commission—the Commission had been been created in 1973 as an “informal discussion group” by David Rockefeller and his sidekick, Zbigniew Brzezinski, who would become Jimmy Carter’s National Security Advisor.

Shortly after Carter won the presidential election, his aide, Hamilton Jordan, said that if after the inauguration, Cy Vance and Brzezinski came on board as secretary of state and national security adviser, “We’ve lost. And I’ll quit.” Lost—because both men were powerful members of the Trilateral Commission and their appointment to key positions would signal a surrender of White House control to the Commission.

Vance and Brzezinski were appointed secretary of state and national security adviser, as Jordan feared. But he didn’t quit. He became Carter’s chief of staff.

Now consider the vast propaganda efforts of the past 40 years, on so many levels, to install the idea that all nations and peoples of the world are a single Collective.

From a very high level of political and economic power, this propaganda op has had the objective of grooming the population for a planet that is one coagulated mass, run and managed by one force.  A central engine of that force is the Trilateral Commission.