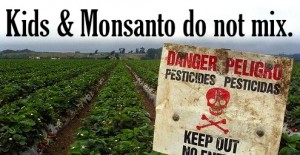 Why would a poisonous, birth-defect-causing chemical cause birth defects? I mean, that’s absurd, right? Ridiculous. Let’s blame the whole thing on a virus that causes nothing.

A poison intentionally added to the water supply in 2014? Who cares? Means nothing.

The manufacturer of the poison is a strategic partner of Monsanto? That couldn’t be a clue. Of course not.

As I’ve been telling you all along—look to the pesticides. The fake Zika story is a cover, to protect the pesticide companies, among others.

What do we know so far in this trumped up Zika crisis?

Update: The actual number of microcephaly cases in Brazil, the “center of the epidemic,” is a gross unknown. At least two different groups are reporting different findings. Pick your number: 404 confirmed cases; 4000 cases; 9000 cases.

It turns out that, in the US, estimates of microcephaly cases per year ranges all the way from 800 to 25,000.

In other words, the researchers don’t know what they’re talking about. They’re using different definitions of microcephaly. They’re confused. They’re also omitting highly relevant cases of birth defects which don’t, strictly speaking, fit any definition of microcephaly. This confusion applies to Brazil, the US, anywhere on the planet.

And in Brazil, researchers have only found a suggestion of the presence of the Zika virus in 17 cases of microcephaly. That’s called evidence AGAINST Zika as the cause of birth defects.

It makes far more sense to listen to what South American doctors are saying about the areas where birth defects are occurring. These would be doctors who actually care about what is destroying lives and the lives that are being destroyed.

We have such reports passed along to us, thanks to Claire Robinson of GM Watch. She is one of those people who still makes the profession of journalism mean something.

Here are quotes from her most recent article, “Argentine and Brazilian doctors name larvicide as potential cause of microcephaly.”

“A report from the Argentine doctors’ organisation, Physicians in the Crop-Sprayed Towns, challenges the theory that the Zika virus epidemic in Brazil is the cause of the increase in the birth defect microcephaly among newborns.

“The increase in this birth defect, in which the baby is born with an abnormally small head and often has brain damage, was quickly linked to the Zika virus by the Brazilian Ministry of Health. However, according to the Physicians in the Crop-Sprayed Towns, the Ministry failed to recognise that in the area where most sick people live, a chemical larvicide [pesticide] that produces malformations in mosquitoes was introduced into the drinking water supply in 2014. This poison, Pyriproxyfen, is used in a State-controlled programme aimed at eradicating disease-carrying mosquitoes. (emphasis added)

“The Physicians added that the Pyriproxyfen is manufactured by Sumitomo Chemical, a Japanese “strategic partner” of Monsanto. Pyriproxyfen is a growth inhibitor of mosquito larvae, which alters the development process from larva to pupa to adult, thus generating malformations in developing mosquitoes and killing or disabling them. It acts as an insect juvenile hormone or juvenoid, and has the effect of inhibiting the development of adult insect characteristics (for example, wings and mature external genitalia) and reproductive development. It is an endocrine disruptor and is teratogenic (causes birth defects).

“The Argentine Physicians commented: ‘Malformations detected in thousands of children from pregnant women living in areas where the Brazilian state added Pyriproxyfen to drinking water are not a coincidence, even though the Ministry of Health places a direct blame on the Zika virus for this damage.’

“They also noted that Zika has traditionally been held to be a relatively benign disease that has never before been associated with birth defects, even in areas where it infects 75% of the population.

“…The Argentine Physicians’ report…concurs with the findings of a separate report on the Zika outbreak by the Brazilian doctors’ and public health researchers’ organisation, Abrasco.

“Abrasco also names Pyriproxyfen as a likely cause of the microcephaly. It condemns the strategy of chemical control of Zika-carrying mosquitoes, which it says is contaminating the environment as well as people and is not decreasing the numbers of mosquitoes. Abrasco suggests that this strategy is in fact driven by the commercial interests of the chemical industry, which it says is deeply integrated into the Latin American ministries of health, as well as the World Health Organization and the Pan American Health Organisation.

“Abrasco names the British GM insect company Oxitec as part of the corporate lobby that is distorting the facts about Zika to suit its own profit-making agenda. Oxitec sells GM mosquitoes engineered for sterility and markets them as a disease-combatting product – a strategy condemned by the Argentine Physicians as ‘a total failure, except for the company supplying mosquitoes’.

“…Abrasco added that the disease [microcephaly, other birth defects] is closely linked to environmental degradation: floods caused by logging and the massive use of herbicides on (GM) herbicide-tolerant soy crops – in short, ‘the impacts of extractive industries’.”

Let’s wake up to what is going on here. Let’s exit the “virus trance.” Now.