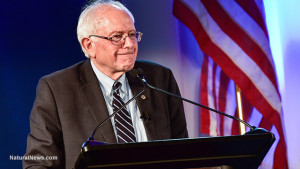 “There are a whole lot of high-IQ lunatics running around detailing all the crimes of the State…and then saying the wonderful answer is the State, which suddenly becomes the messiah in radiant robes. These loons are the crown princes of cognitive dissonance. They’re the Mickey Mouse Club of political philosophy.” (The Underground, Jon Rappoport)

When you boil it down, the formula is simple: take any rotting, stench-ridden institution of society that appears to promise good things for all, and make it free. Make it available to everyone with a pulse.

“We’ve got this wonderful aging army of giant octopuses, and we want to bring the whole population into their grasp. Won’t it be wonderful? We’ll call this army Mommy and Daddy. It’ll work. Promise.”

But heaven forbid, let me look below the surface.

The basic citation on this is: Dr. Barbara Starfield, Journal of the American Medical Association, July 26, 2000, “Is US health really the best in the world?”

Starfield offers a conservative estimate of the damage. 106,000 Americans killed every year by correctly prescribed, FDA-approved drugs. 119,000 killed by mistreatment and errors in hospitals.

In my 2009 interview with Dr. Starfield, a revered public-health expert at the John Hopkins School of Public Health, I asked her whether the federal government had undertaken an effort to correct this horrendous situation (capital crime), and whether the government had ever approached her to consult on such a mission. To both questions, she answered, resoundingly: No.

Inevitably, a single-payer medical system in America would bring far more people (everyone) under the umbrella—and the death toll would shoot up to the sky (see also this shocker).

This is a fact, not a speculation.

So what looks and sounds good on the surface—“free medical care for all”—turns out to be an all-embracing holocaust.

If you haven’t read any of my numerous articles on medical killings (for starters, see thisand this), and therefore this comes as a great shock to you, take a minute to try to recover…and read on.

Free college education for all—another nice-sounding idea. If you want to subject your children to a federally controlled interlocking directorate of commissars who bypass unimportant items like reading, the ability to write coherently, any sort of grasp on history, this system will put a goony smile on your face.

Who cares about the Humanities, as long as students learn how to complain and protest the use of words (any words) that trigger their emotions and put them in a highly vulnerable state, and provoke their need for safe spaces where they can whine and complain and protest? These experiences will surely prepare them for life in the real world after their guaranteed graduation.

In college, they will learn that government (or some vague representation of it that doesn’t actually exist) will lead us all into a better future where individual achievement is a marker of fraud, deception, and unearned privilege.

Colleges will become mind-control propaganda factories for all children, not just some. Hail, Caesar.

Manuals and texts will appear that mandate how values and group-think must be inserted into gullible minds, and professors who object (see here and here) will find themselves selling plastic popcorn and ptomaine dogs at movie theaters. O joy.

How could federal control of higher education for every child in America possibly present a problem? How could Big Mommy and Daddy Octopuses harbor evil and grotesque designs?

How many times have we been promised that shocking illiteracy at the college level will be corrected? But don’t worry, be happy, because the solution to this problem will suddenly emerge when every child, no matter who, no matter what, can matriculate and win a degree. That, you see, was the missing key. Somehow.

Bernie knows the answers. He knows that when the federal government is granted more and more power to execute the Big Fix for America, a revolution of hearts and minds can’t be far behind.

It was, understand, the unfairness and the wretched exclusion of the system that produced all the failures…and when that is eliminated, the ignorant will become smart, the devious will become honest, the incompetent will become magisterial, the crooked will develop new morals.

When teachers become full-fledged agents of the State, on behalf of every child, an alchemical transformation will occur on all levels. Thank goodness.

Grandpa Bernie knows. He’s the one.

Make sure you understand that when Bernie says he’s a socialist, he doesn’t, ahem, really mean it. How could he? How could he want to place the means of production under the direct control of the State? How could he want the State to own the means of production? He’s, well, a sort-of socialist, right? He’s a Denmark socialist, which is kinder and gentler than a dyed-in-the-wool Marxist. He’s an FDR socialist or a Eugene Debs socialist. He doesn’t want massive redistribution of goods and services in America, dictated from above. He may want some redistribution, but no one would really notice it. They would only notice things getting better. And they would get better because America would essentially become a single-payer nation. Government pays, tax payers pay (more). Government invents new money whenever it needs to, just like now, except in much larger amounts. The kids love Bernie, so he must be great. More free stuff. Who doesn’t like more free stuff?

In his 487 years in the Senate, Bernie has been on hold. But now he’ll break out and bring the revolution we’ve all been seeking. The unwilling and unable and under-privileged will emerge—perhaps with government jobs, because we’ll need many more government employees. This is something to look forward to with great excitement. We don’t have enough zero-tolerance and incompetence and robotic control. That problem will be solved, at last.

But now the robots will have garlands around their necks and rainbows in their eyes. It’ll happen, because no one will be left out. We’ll all be together, and we’ll finally know it. Cosmic collective consciousness will stake its claim.

Who can say what Bernie will do? The only way to find out is to elect him. Then we can unwrap the presents under the tree.

And 50 years from now, everyone in America will work for the government. That’s the beautiful pop-up.

We’ll all be in the same boat, so we can sail into the great dawn.

I’ve always suspected that government and the State were wondrous miracles…and now the vision is clarifying.

Put us all in charge, working for the Man. And we’re the Man. The logic is inescapable. It’s, what’s the word, equality.

No one will notice, because we’ll all be crazy in the same way.